Christopher Kindig loves to travel, and his hometown of Baltimore, Maryland. Christopher draws from his background in Psychology, Entrepreneurship, Marketing, and Nonprofit Management to help causes he believes in through www.Entrepeneuron.com. He was the Advertising and Business Manager of the Foundation for Intentional Community for about 7 years. Christopher loves growing, cooking, and eating fresh food, traveling, yoga, hiking, nature, intellectual inquiry, stimulating conversation, and long walks with friends. Articles by Christopher Kindig include: Greasing the Wheels (Issue # 161) Climate Changes (Issue # 161)

Posted on October 2, 2017 by Christopher Kindig

Diana Christian’s Citation for the 2018 Kozeny Communitarian Award The Foundation for Intentional Community (FIC) recognizes Diana Christian as the 2018 recipient of the Kozeny Communitarian Award, honoring the indomitable spirit of Geoph Kozeny, who devoted his adult life to creating community in the world. Diana’s dance with community began as a young adult, when… Read More

How a New Generation is Finding Education Abroad- Without A Tuition

Posted on December 10, 2015 by Christopher Kindig

A generation in search of answers There’s long been a bug in the minds of the new generation- something doesn’t add up about the modern life path. We’ve heard it all before; spend some time in school, get a career helping some corporation produce and market some product or service, buy a house, start a… Read More

Thanks to Contributors to the Website and Communities Directory

Posted on October 2, 2015 by Christopher Kindig

Thanks to Previous Contributors to the Website and Communities Directory About the FIC Website The Intentional Communities Website (ic.org) came online in 1994 and is published by the Foundation for Intentional Community. This website is funded by donations and sales of online ads and all labor is provided volunteer and/or at very low rates by… Read More

Filed Under: All Blog Posts, FIC

Posted on September 15, 2015 by Christopher Kindig

Rough Start to Rural Community Christian and Johannes Zinzendorf call themselves Harmonists, with central beliefs around the value of hard work in an agrarian life, and a communion with the spirits in nature. They make their own clothes from fabrics that they grow and spin from flax. They grow and harvest grains, care for a… Read More

Best Friends Build Tiny House Village Living in the same town was not enough for four couples who have been best friends for 20 years. They decided to double down on their relationship and buy a little bit of land “in the middle of nowhere” on the Llano River in the Hill Country of Texas.… Read More 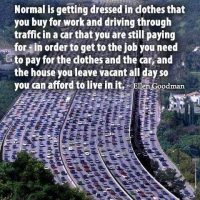 Posted on May 14, 2015 by Christopher Kindig
Filed Under: All Blog Posts, Happiness, Inspiration

Support the Global Ecovillage Network Summit From July 6-10th, hundreds of activists will gather at the Findhorn Ecovillage in Scotland for the GEN+20 Summit. They will celebrate 20 years of uniting people around ecological solutions, and plan the next steps to spreading sustainability around the globe in these important times. “Since it’s founding in 1995,… Read More

A Resilient Society Resilience is the ability to absorb shocks and continue to function. In this short video series the Post Carbon Institute explores the questions around how our world has gotten to where it is, and what a world can look like functioning within it’s limits. The Law of Diminishing Returns The Great Burning… Read More 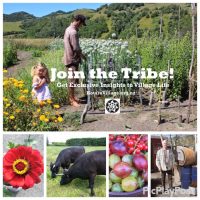 5 ​R​easons ​W​hy ​I​ntentional ​C​ommunities are ​More Relevant Than Ever In the 70’s and 80’s there was a flurry of intentional communities that then seemed to lose their relevance, and less followed. Interest and developments have once again mushroomed for obvious reasons. Here is a brief countdown of some of the reasons. ​1. Freedom of… Read More

Income Sharing Urban Communities Point A is a group which has “an audacious proposal to form urban, income sharing, egalitarian, democratic, ambitious, engaged communes in the cities of the American East Coast.” So far these cities include Washington DC, Baltimore, New York City, and Richmond. That is a lot of adjectives! Here are some descriptions… Read More

Permaculture Resources at Your Fingertips 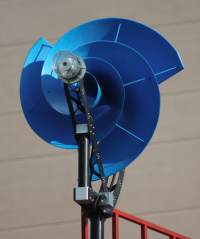 The Archimedes is a unique new design in alternative energy. It is a nautilus shaped wind turbine, in that it’s blades are shaped like a Nautilus shell. This design allows it to point directly into the wind to capture the most amount of energy, while remarkably producing very little sound.          … Read More

Learn All About Healing Many are opting to localize their approach to well being, by taking as much responsibility for their health and healing as they can. AllThingsHealing.com explores health from many dimensions including the body and mind, your community, and the environment. It examines increasing and sustaining healing through a multitude of disciplines, which… Read More

Who Defines a Family?

Who Defines a Family? “Love makes us a Family.” The Scarborough Street mansion is home to 8 adults who live together by choice in a small community. Their local zoning laws however forbid so many unrelated adults living together, causing the city of Hartford to tell them they must move out. “This issue of the… Read More

Family Grows 3 Tons of Food! The Dervaes family turned a “regular city home” into a thriving garden ecosystem that provides more than enough food for their family, and plenty to supply a local food stand. “Surrounded by urban sprawl and just a short distance from a freeway, the Urban Homestead project is a family… Read More

Posted on April 1, 2015 by Christopher Kindig

What can you do to repair or improve your soil? Hugelkultur is a technique that works by burying logs, sticks, and yard waste, which then decomposes into fertile, aerated, moist soil. You can then plant directly on the Hugelkultur pile, waiting 6-12 months first if preferred to encourage more breakdown of the yard waste first,… Read More

Couple Builds Cabin of Windows for $500

A Cabin of Windows Wouldn’t it be cool if a house had a wall of windows, so it couldn’t confine the sunset to just one little space?   Lilah Horwitz and Nick Olson mused at this while watching a sunset on their first date. Just under 1 year later the two returned to those same… Read More 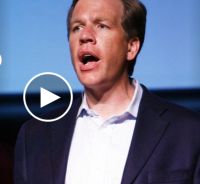 Which stage is your tribe?

Which stage is your tribe? It turns out that by listening to the way people speak to each other in working and social groups one can tell a great deal about their stage cultural of development. David Logan, a researcher and professor of management and leadership at USC, and co-founder and senior partner of consulting… Read More 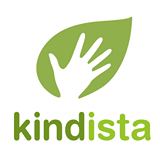 Kindista helps you share with people nearby Looking for a plot to garden in, or someone to landscape your yard? Wishing for a dog walker, or offering mural painting skills? Desiring a giant bookshelf, and have a file cabinet that you’d like someone to take? Kindista.org is an online network that helps you share offers,… Read More 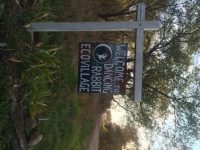 How to Thrive on 10% It is often taken for granted that the United States consumes and wastes 5 times more than the rest of the planet. At the same time it is well known and highly advised that dramatic reductions in carbon pollution is needed to address climate change. We also know that having… Read More

Free Land on a Tropical Island!?

Free land on a tropical island!? Pitcairn, a small remote paradise-like island in the South Pacific is running out of people. They are giving land for free to people who want to settle there. Could it make a good Ecovillage location? “With an aging population of around 50 people, this British Overseas Territory is seeking… Read More

Filed Under: All Blog Posts, Homesteading, Starting a Community 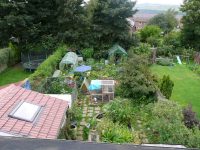 Posted on March 3, 2015 by Christopher Kindig

UN Report says Organic Farming is Key In a new report, with the dramatic title, ‘Wake up Before it’s too Late’, “the United Nations is once against sounding the alarm about the urgent need to return to (and develop) a more sustainable, natural and organic system.” Image courtesy of Wikipedia.org Recommendations of the report include… Read More 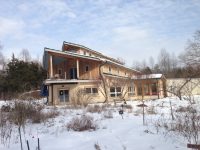 Posted on March 1, 2015 by Christopher Kindig

Southern Exposure Seed Cooperative Nurtures Community Gardeners Acorn Community Farm is an intentional community a few miles from Twin Oaks in Mineral, Virginia. It was founded in 1993 as an egalitarian, secular, anarchist community that gets things done through clear communication and a sense of shared responsibility. They were recently featured in a Washington Post… Read More

New Beehive Design does not disturb Bees to Harvest Honey!

Posted on February 22, 2015 by Christopher Kindig

For those who harvest honey, “the worst part of being a beekeeper is pulling out the honey-laden frames from the box and tearing them up to get the honey. The bees hate it and so do I. That’s why this new hive design, called Flow, is so cool.” Check out this New Beehive Design does… Read More

Posted on February 13, 2015 by Christopher Kindig

Wouldn’t it be great if you could share your skills and what you have in abundance, and receive help from those who have what you are lacking? This is how a new network called Mass Mosaic helps people connect to share in abundance. “Your skills, things, interests, experiences, passions, and dreams make you unique. Each… Read More

Posted on February 11, 2015 by Christopher Kindig

New smart infrastructure! The innovative city of Portland has unveiled plans for new smart water pipes that harvest power. They will generate electricity for streetlights, and in addition are equipped with sensors to monitor pressure, flow, and safety. Alerts will be triggered in real time if for example unsafe chemicals or bacteria are detected in… Read More 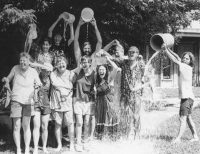 Why should you care about Intentional Communities?

Posted on February 9, 2015 by Christopher Kindig

Where to Find Happiness?

Posted on February 8, 2015 by Christopher Kindig

Where to Find Happiness? Sarah van Gelder, co-founder and editor in chief of Yes Magazine, has adapted an article from her book, Sustainable Happiness: Live Simply, Live Well, Make a Difference, to address what actually makes us happy? From A Brief History of Happiness: How America Lost Track of the Good Life—and Where to Find… Read More

Posted on February 1, 2015 by Christopher Kindig

How much space do you really need? This brave couple decided to radically change their approach to housing, to create something beautiful, elegant, functional, and affordable. “Andrew and Gabriella Morrison spent decades in the rat race, with their lives revolving around their finances and paying off a huge mortgage. They were sick of this lifestyle,… Read More