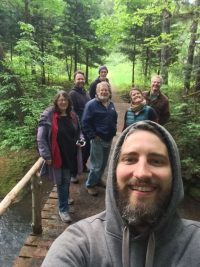 Communities Movement Across The Continent

Are you feeling the Summer buzz yet? We are! Here are highlights from some of our recent adventures.

Lost Valley Education Center, outside of Eugene OR, hosted the FIC’s biennial Organizational Meetings in May. The FIC and Lost Valley go back to the early ’90s. The land was original owned by a religious community who ran into financial troubles and decided to sell the land and disband. They reached out to  the FIC to try to find another group that wanted to create a community there, and the FIC connected them with 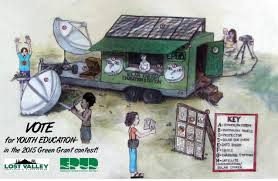 the group that became Lost Valley. Despite recent zoning hassles with the County, Lost Valley is doing well, and we especially enjoyed checking out their Solar Energy Education and Emergency Preparedness Unit, for which they’ve received a grant from their local public utility. After the meetings, a few FIC folks passed through Portland, OR, perennial hotbed of community activity, and visited Foster Village  and Tryon Life Community Farm.

There was a lot of excitement at the meetings and we’re looking at a number of projects. We’re planning on updating the theme of the website and modifying to content to make it more visually appealing and interactive, not to mention easier to navigate. We’re looking at how to revise our Process Consultants program into a more robust and dynamic Community Consultants program. We’re going to pull together a Community Toolkit, a comprehensive package of materials for starting and developing intentional communities. And we’re in dialog with the Toolbox for Education and Social Action about co-producing an intentional communities board game! 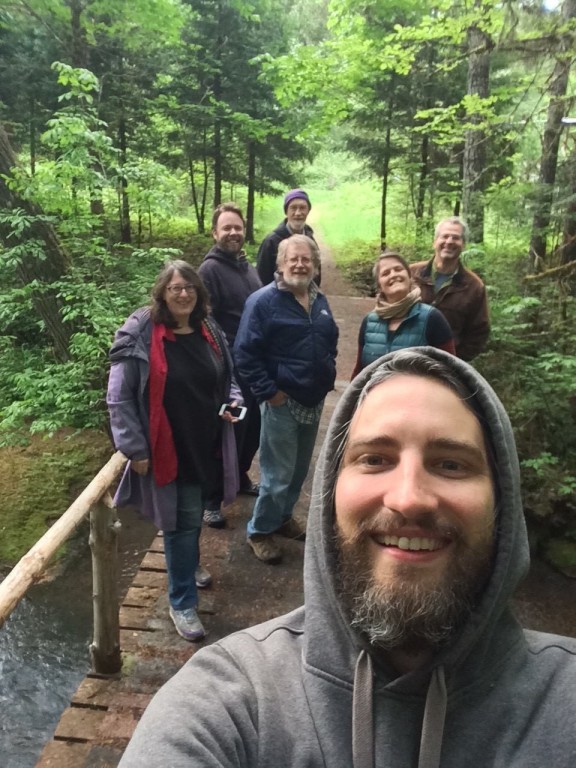 At the org mtgs, we welcomed three new members to our Board. Lee Davies is part of Tycoed Restorative Farm
, in Ontario, Canada. Lee is a former Board member of the Ecovillage Network of Canada (ENC), and is on the Board of the Global Ecovillage Network (GEN) as Treasurer. He’s also a member of the Global Ecovillage Network of North America (GENNA) Council. Cassandra Ferrera joined us from Sebastopol, CA, where she lives in a micro-village called Dragon’s Rest and is a partner in Green Key Real Estate, which has had many community groups as clients. She’s also done event organizing, including work on last year’s first West Coast Communities Conference. Nick Joyce has served on the GEN Board, is part of NextGEN North America (NextGENNA), and works for NuMundo. Nick had been with us at our Org Mtgs at Liberty Village Cohousing  last November. This brings our compliment of Board members from a low of 5 members (which is one less than the minimum number required by our Bylaws) back up to 8, and we’re very excited to have them all on Board.

Communitarians Around the Continent

A week after the Org Mtgs, venturing south of the border, Sky Blue, our Executive Director, presented the Geoph Kozeny Communitarian Award to Alberto “Coyote” Ruz in Mexico City. Alberto was the main organizer for a series of events on the “Rights of Mother Earth” which provided a great opportunity to honor him, as well as to do some international networking. Over the course of 5 days, there was a conference that included politicians, philosophers, indigenous and spiritual leaders, artists, and activists, a music festival, and a “peace village”, showcasing a wide variety of ecological and cultural groups. Alberto has devoted the last 40+ years to building community, at home in Mexico, and through traveling communities that visited multiple continents. He was also an important player in the origins of the North American Bioregional Congress, as well as the GEN presence in Latin America. 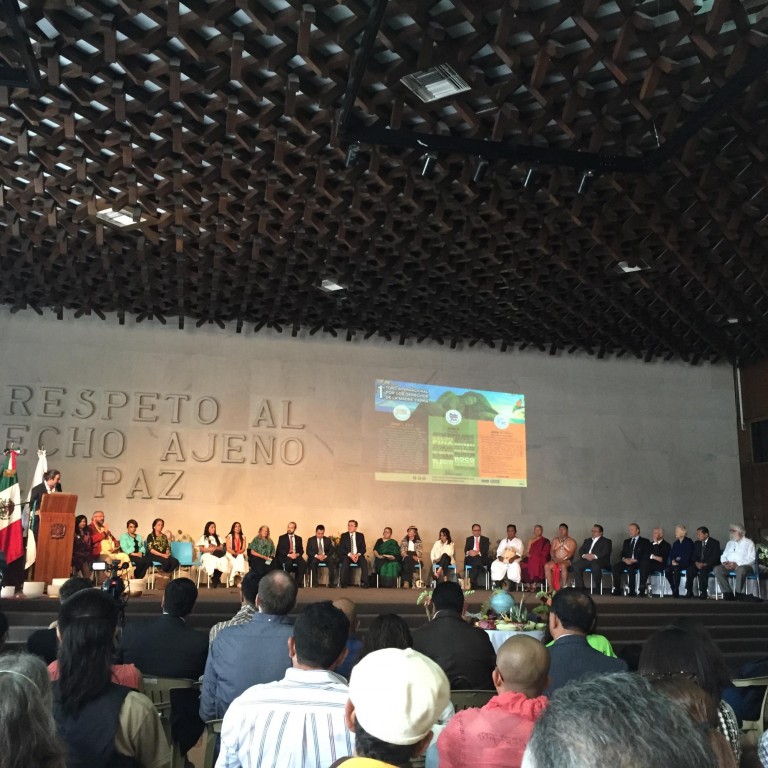 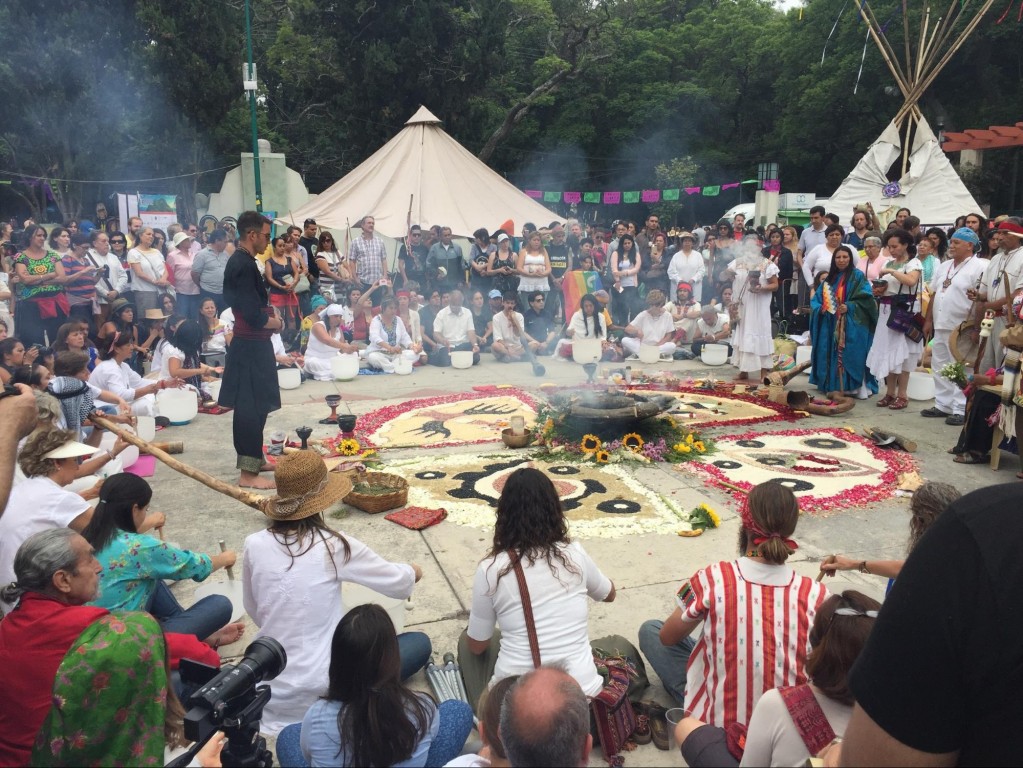 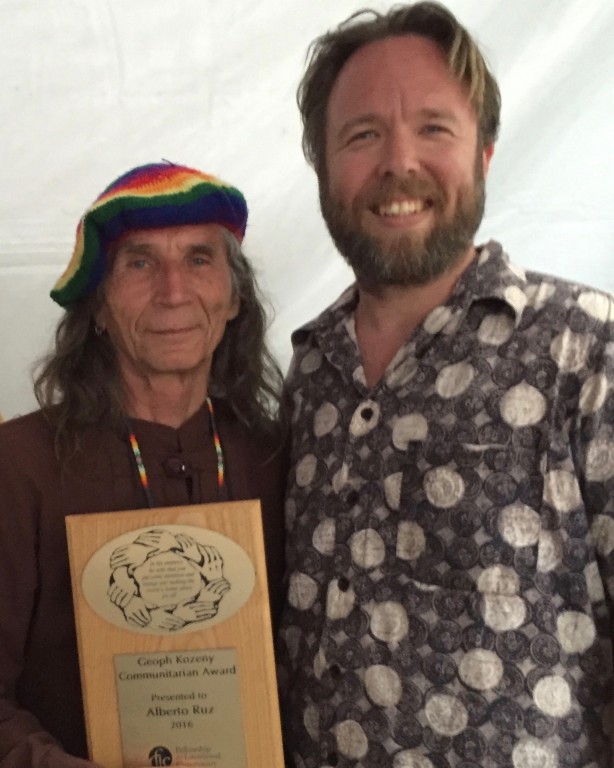 In November, our 2016 Fall Org Mtgs will be at La Cite Ecologique, a 36 year old ecovillage in Quebec Canada. La Cite is a well-known flagship of the international intentional communities movement and we’re excited to have them as hosts. It’s been awhile since we had meetings in Canada, and we’re also excited to continue strengthening our connections across the continent.

Filed Under: All Blog Posts, Newsletter