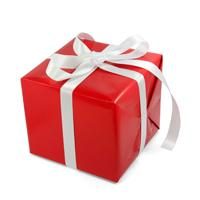 Affordability: What It’s Good For

In South India, I spent three months at Sadhana Forest, a settlement of the intentional township of Auroville. Volunteers from around the world slept in huts built to let the breezes through, without walls between our sleeping spaces, and with minimal electricity. We worked together to reforest community land, and we shared three vegan meals a day, as well as frequent laughter, frustration, and intermittent lessons ranging from reiki to tightrope walking.

Now, living at Acorn Community in Virginia, I’ve built up some attachment to a number of things I didn’t have at Sadhana Forest—like internet access at night, and more clothes and books than I can carry on my back, and putting my laundry in a washing machine. I don’t know if these things really make me happier or healthier, but they make my life easier, and it might be hard for me to give them up.

At Acorn, though we may easily become attached to certain comforts, we generally don’t become attached to status symbols. For example, it’s easy here to remain unattached to driving a fancy car, or riding a fancy bike, or having a cell phone, or how my hair looks, or any number of other things that most Americans spend money to keep in order. To the extent that there are any differences in status here, these are defined by what we do, not what we have. When someone takes on an important job that hasn’t been getting done well enough—like poison ivy removal, in my case—other people are grateful. But no one gets more personal money as a result. If one person has more saved money than another, it doesn’t tend to show in what they own here.

I love Acorn’s business, Southern Exposure Seed Exchange, even more than the income it brings us. I love helping other people become more self-sufficient and live more sustainably. But it’s in part because we have a successful eco-friendly business that I often get overwhelmed with too many projects related to it. I can get frustrated thinking that it’s so hard to find the time to write certain things for the Southern Exposure website, or thinking that I forgot to plant sesame early enough to know how it does in our area. When I get overwhelmed, I am less likely to spend casual downtime with the people I live with. Even the coolest sources of income have their downsides.

In the end, does it not matter what we can afford, materially? I have known people, at Acorn, who have claimed that it doesn’t matter, and I have wondered myself. Yet in an income-sharing group, I think more money can mean fewer arguments. Some people, like me, really want the community to buy organic food. Sometimes someone really wants the community to support another pet. Sometimes someone wants to drive to Charlottesville for regular play rehearsals, or take time to do volunteer work. Some people thought it was really important for us to get a new saw-stop table saw. At times like these, it’s great to be able to say “Yes.” Lately, Acorn can generally (but not always) afford the things that are really important to certain people here.

● ● ●
Recently I came across a YouTube video about “how to buy happiness.” I thought, “What a farce,” but decided to see what kind of falsehood was being spread around. The guy in the video spoke about research showing that when a person casually spends money on another person, the first person is happier than before. Perhaps this is the most important thing to be able to afford: giving something away.

Of course I don’t mean to embrace the yearly holiday gift-giving mania that starts around Halloween. (In fact, I’m notoriously hard to give gifts to—there’s almost nothing that I want people to buy for me.) I think that unlike the casual gift-giving mentioned above, socially obligatory holiday gift-giving doesn’t make people happier, and I’m grateful that it’s not obligatory at Acorn. We have other ways of giving in community. Giving something away can take the form of putting a coveted item on a grabs table, or approving the use of community money to support a new neighboring community, or giving away surpluses from our businesses.

I think it is in large part because we don’t worry about keeping up with the Joneses that we can afford to buy what we really care about buying, and to give gifts that really feel meaningful.