Notes from the Editor: Introducing the Sexual Politics Issue 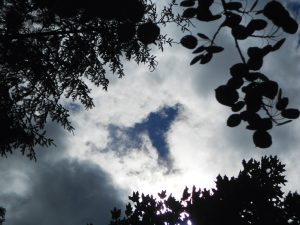 This issue on “Sexual Politics” was directly inspired by the #MeToo movement. As Sky points out in his Publisher’s Note on the following pages, intentional communities are not immune to any of the challenges or problems that afflict the wider culture. An illusion of safety or insulation from “things going wrong” and from the resultant pain or trauma can prove to be just that: an illusion. Ideas about having evolved to more advanced forms of consciousness in sexual or gender relations can crumble into the messiness of apparently intractable conflict or even tragedy. How can communities respond when confronting the sometimes harsh realities of human behavior and relationships, especially in the realms of power, sexuality, and gender?

We asked contributors to share their stories about sexual assault and harassment; power dynamics related to gender, gender identity, sexual orientation, and sexual expression; attitudes toward polyamory; understanding of consent culture; and a host of other topics. We received a wide array of stories, many of which, authors reported, were very difficult to write because of the depth of pain and even trauma some of them touch upon. We urge similar awareness in reading them: especially near the beginning of this issue, some articles discuss sexual violations that many will find disturbing to read about and contemplate.

And yet silence and denial about such things are what allow them to continue, and also exacerbate the anguish of survivors who imagine themselves isolated and alone in their experiences. We are committed to sharing the truth, the difficult truths as well as the redemptive truths, about life in community. We see this as the only path forward in addressing these issues, learning from them, supporting one another in confronting them, and sharing lessons that can help not only others living in community but people in the wider culture as well.

For every very difficult story told in this issue, there is another one, sometimes even more difficult, that we were referred to or that an author contacted us about but was ultimately unable to write about. The pain and/or in some cases potential legal or personal peril of writing about these topics continues to reinforce silence as the only apparent safe choice for many. We appreciate both those who aspired to but were ultimately unable to tell their stories, and those who found ways to do so. We know that in many cases, neither process was easy.

All that having been said, this issue contains plenty of stories and suggestions about making things better―ways to not only address traumatic events when they happen, but to make them less likely to happen in the first place. Alternative approaches to relating and communicating with one another can present both steep learning curves and potentially transformative results. We hope you’ll find inspiration in these pages, as well as honest reckoning with difficult realities. After all, if one author (in a non-theme article which nevertheless in some ways relates to our theme) has found a way to “stop climate change and never be lonely again,” and has evidence to back it (he does), perhaps we can all breathe a little easier about several things. We can’t breathe easier unless we commit ourselves to change, but if we do, the window of hope for a better world remains open.