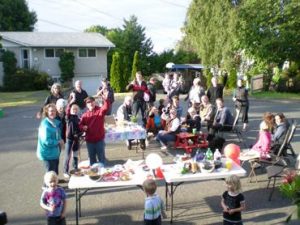 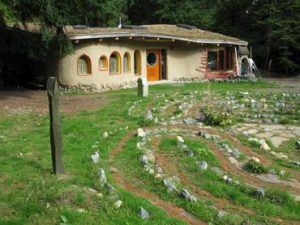 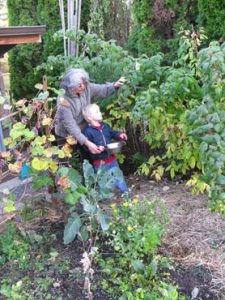 An ignorant kid from the suburbs learns the lessons of living sustainably—from kibbutzes to ecovillages, from cohousing to pocket neighborhoods
When I was 20, I ran away from home to live on a kibbutz in northern Israel. I wasn’t Jewish. I wasn’t Marxist. I wasn’t a back-to-the-lander. I wasn’t even seeking (in the words of one volunteer coordinator) the “sun, sand, and sex” that has drawn 350,000 young visitors to the 270-plus communal villages of Israel’s famous kibbutz movement.

As a new volunteer, I learned that the kibbutz movement embodied the “purest form of communism in the Western world.” (Fifteen years later, kibbutz members would ditch Marxism, privatize Shamir, and list its optical factory on the NASDAQ stock exchange.) I was less impressed by the radical ideals of the kibbutz, however, than by its architecture and design. I had grown up in a subdivision where the car was king. Like almost every suburb since Levittown, New York, my neighborhood had been designed to move vehicles quickly from A to B, with walkers and cyclists considered a nuisance or an after-thought. Commercial activity and social hubs had been zoned far from its long crescents of setback homes and double garages. (In fact, the only store you could reach by foot was an automotive dealership.) Cemented into this suburban DNA was an Orwellian message: Two cars, good; two legs, bad.

On the kibbutz, I discovered the simple joy of life on a human scale at a human pace. Like most kibbutzes, Shamir had been purpose-built in concentric circles of small buildings and row houses, linked by pedestrian pathways. A multi-purpose dining hall and an open green space exerted a centripetal force to draw everyone into the community’s center. No resident lived more than a 10-minute amble from this hub, where they could share meals, debate issues, and celebrate holidays together.

We wandered down car-free paths to our workplaces every morning, and later to the general store, the bar, the library, the sports hall (which doubled Tuesday nights as a movie theatre), and the swimming pool. These informal gathering sites acted like “third places”—the phrase that American sociologist Ray Oldenburg coined for the casual in-between spaces (like cafés and hair salons, neither work nor home) so vital to a truly democratic society.

On the kibbutz, cars were few, shared among members, and sequestered in peripheral parking lots. Walking formed the fabric of everyday life. So, too, did the conversations sparked by unexpected footpath encounters. Who needed Facebook—still 15 years away—when you could collect the daily news by strolling to the kitchen for an after-dinner snack?

In a quirk of etymology, kibbutz (Hebrew for “gathering”) and kibitz (Yiddish for “chitchat”) sound remarkably similar. That confusion contains an accidental truth: At the heart of any community beats the power of positive gossip, the semi-random conversations that bind friends and neighbors together. That was why the early kibbutzniks built their communities to promote kibitzing.

● ● ●
Communal life changed me, of course, as it does most people. But the transformation wasn’t instantaneous, like a flash from the heavens. I didn’t return home to found a commune or live in a co-op. I didn’t even join a neighborhood association. No, for the next decade or so, I cut my roots short. Almost every year, I moved (between countries or cities or apartments) for school or work or wanderlust.

Wherever I dropped my backpack, I became conscious of how architecture brings people together or keeps us apart—and how that sense of community impacts the environment, too. I’d grown up in a sprawling Wonder Bread subdivision with the carbon footprint of Godzilla. I later worked for Greenpeace, and my late-blooming ecological awareness nagged at my imagination. Wasn’t there a better way to live? Could we design a community to be friendly both to its neighbors and to its environment? Could we replicate such eco-’hoods on a large scale, as we’d done with suburbia?

I stumbled across clues to this puzzle in surprising places. My wife and I bought a house in Toronto, Canada’s biggest city. It was situated in an odd parallelogram of older duplexes, hemmed in by two busy roads, a subway yard, and a train track. Eco-paradise it was not.

And yet neighbors had turned the geographical constraints to their advantage. They had christened this forgotten corner “The Pocket”—a micro-neighborhood that didn’t exist on any official map. One family opened their doors every Saturday to sell fresh-baked bread. Other residents published a regular newsletter to broadcast the history, culture, personalities, and urgent issues of The Pocket. (It evolved into a lively online social network.) A sense of community developed around what had been just another postal code. This common purpose was built, like the kibbutz movement, on a foundation of shared myth. We weren’t isolated strangers, powerless and alone; we were the people of The Pocket.

The Pocket felt like an oasis amid the surrounding megalopolis. Eventually, even this micro-neighborhood couldn’t keep my family in a city that was losing its battle with Carmageddon: the endless, angry storms of traffic, the summer “smog days” when simply breathing seared our lungs. A new job and new dreams carried us west. On the Pacific coast, in Victoria, British Columbia, my wife and I moved into a small bungalow on a cul de sac. We could have afforded something bigger and newer on the edge of the city. But we liked the proximity of our new home. It was on a bus route and walking distance to a village-like main street of small shops, two grocery stores, a library, recreation center, a dozen cafés and restaurants, and several schools. We wouldn’t need to buy a car right away. (Eight years later, thanks to a car-share co-op, we still haven’t.)

Oddly, the house’s backyard had a hot tub but no side fence. (Perhaps the old owner was an exhibitionist.) It was assumed we would keep the jacuzzi and erect a fence for privacy. We did the opposite: got rid of the energy-hogging tub and left the yard open.

A funny thing happened: We got to know our neighbors. We didn’t need to strain over a fence to chat. When my son was born, he began crawling across the invisible property line and into their strawberry patch. Soon, our neighbor took him under her wing, gave him seedlings, and helped him plant a patch of his own. Over the years, she has become his garden mentor and “shirttail aunt”—closer to him than many of his blood relations. He brings her our old newspapers; she teaches him Spanish and how to prune berry bushes. We look after their house when they’re away; they let us borrow their car to run errands. That casual sharing might never have happened had a fence stood between us.

● ● ●
As I learned to accept the kindness of neighbors, I became aware of a global movement that was taking greater steps toward sustainable living. Soon phrases like “ecovillage” and “cohousing” no longer seemed alien to my ears. (O.U.R. Ecovillage, on Vancouver Island, had sprung up not far from where I lived.) I visited a few communities and talked to experts to glean lessons from these new pioneers.

Last fall, I met Charles Durrett, the guru of the North American cohousing movement, when he came north to advise two ecovillages on the mainland of British Columbia. “The most successful ecovillages,” he told me, “have cohousing as part of them.” On an earlier visit, he had asked residents to face each other in two rows, so they could calculate the ideal distance between their future homes. The car-free commons that would separate their porches had to be wide enough for privacy and yet near enough so they could gauge, at a glance, whether a neighbor needed a joke or a hug or to be left alone.

That weekend, Durrett was helping ecovillagers to plan a common house that, like a kibbutz dining hall, would provide a modern, multi-purpose hub of food and friendship and communal activity. He made living ecologically sound fun by insisting that residents don’t sweat the details, so they could “enjoy a home-brew on the patio together” sooner rather than later. During a break, he spotted a two-story private house across the street, looming on a huge swath of lawn, with an airport runway for its many vehicles.

“You couldn’t build a house with a bigger carbon footprint if you tried!” he marveled. (I blushed: it looked like my childhood home.) “Cooking one big pot of spaghetti is more ecological than cooking 30 pots,” continued Durrett. “Where I live, we have 34 houses and one lawnmower.” That was the simple arithmetic of sustainable sharing at the heart of his cohousing ethic.

Recently, I read a new book by American architect and community planner Ross Chapin, called Pocket Neighborhoods: Creating Small-Scale Community in a Large-Scale World. He emphasizes five architectural features that connect neighbors: a central grassy commons or courtyard; a common building, for meetings and shared meals; smaller homes that don’t dominate sightlines; low or no fences; and cars kept to the margins. These “pocket neighborhoods” (Chapin has designed several in the Pacific Northwest) can take many forms, from purpose-built ecovillages, to co-op apartments circling a courtyard, to suburban streets in which neighbors have torn down backyard fences or retrofitted rear lanes to create common gathering spaces. They all rely on what Chapin calls a “web of walkability” to get people out of cars and into casual conversations.

From such kibitzing comes cooperation and a truly sustainable sense of community. I began to think of this effect as a neighborhood’s K.Q, or “Kibitz Quotient”: the social health of any place, judged by the random conversations you have walking through it.

● ● ●
I still marvel at the chutzpah of pioneers I’ve met, in Israel and elsewhere, who have sacrificed so much to build a better society from scratch. Whether they are octogenarian kibbutz founders or idealistic young ecovillagers, they’ve shown more vision and courage than I could ever muster.

But I realize that maybe I don’t need to sell my house, flee the city again, and live off the grid to save the planet. I belong to the 99 Percent—the vast majority who make our homes in communities more conventional than a commune, an ecovillage, or cohousing. (You can take the kid out of the suburb, I suppose, but you can’t take the suburb out of the kid—not all of it, at least.)

And yet many of us 99 Percenters aspire to live more intentionally, too. With a little inspiration, we can all create our own pocket eco-’hoods by reclaiming our yards, our streets, even our suburbs—from the cars, for the people. We can weave new webs of walkability and rediscover the power of positive gossip to bind a community together. We can tap into the ecological benefits of simple neighborly sharing. We can broadcast our values through hyper-local newspapers and niche social networks to create new myths, rooted in a rich sense of place, so that we all can feel, whatever we’re doing—planting a garden, lending a hand, telling a joke—that we’re working toward a common good.

We might not build utopia overnight. But we can move toward a greener future, one less fence and one more story at a time.

Filed Under: All Blog Posts, Communities Articles, Community Where You Are, Finding Community, Issue 157, Sustainability