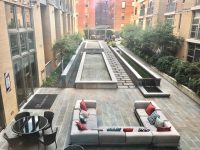 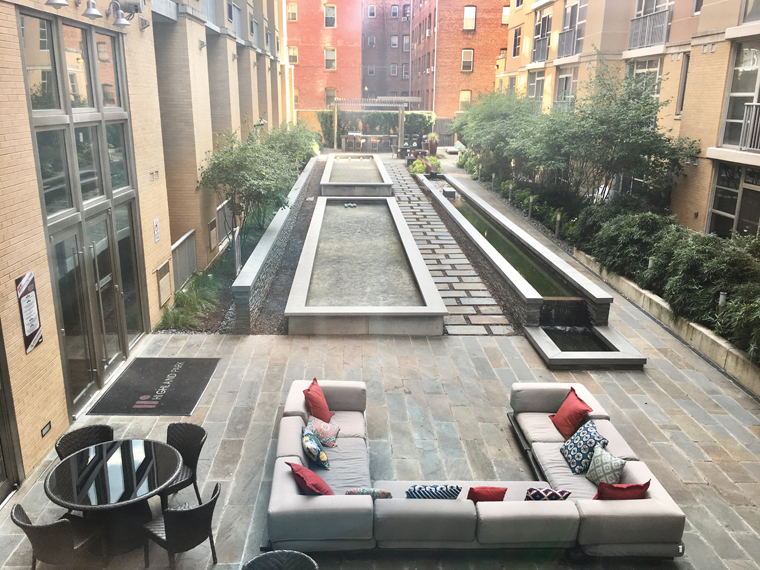 I’ve lived in a bunch of cities, but none has changed as dramatically as Washington, DC, specifically the Columbia Heights neighborhood where I lived in a faith-based community after college in 1999-2000.

At the time, Georgetown, DuPont Circle, and the upper Northwest were upscale neighborhoods, but most of the city, including Columbia Heights, was mixed aesthetically, economically, and racially. With over 50 percent of the population African American, the capital was known as “Chocolate City” then.

Our block was lined with oak trees and row houses in a variety of dispositions. Ours was simple and well-kept, but the lot beside it was empty. An elegant structure housed a fraternity across the street, but there were others boarded up with rats scurrying to the thrown-out pastries and chicken bones on the sidewalk.

In spite of the rough patches, or partially because of them, I felt enlivened by the urban environment; it was my first time living in a major city. I was raised in tract houses in suburban southern California, and not only was everything older in DC, but more intricate. As a pedestrian, I felt the world closer to me, attuned to the precision of architecture and speech. I noted the way professional men wore button-down shirts and tucked them in, the way locals tossed “southernisms” into conversation, and the first spring ivy to scale houses and churches.

Through Lutheran Volunteer Corps (LVC), our parent organization, six of us lived together in the row house. Our task was to “live simply, so others might simply live.” Logistically, we were each placed at a nonprofit, and provided with health insurance and a yearly stipend slightly above the poverty line. The nonprofits benefited from dedicated employees for cheap, and the volunteers profited from the training and communal experience. My placement was teaching GED classes a few blocks away.

In numbers, at least, we were similar to the people we served, sometimes worse off, but we were also college-educated and white in a predominantly working class, Black, and Latino area, and committed to this simplified lifestyle for one year only.

As a whole, the district had obvious needs, especially in Columbia Heights, but it was still expensive. According to the US Census, the median gross rent in DC was $60 more than the national rate in 2000. As such, with limited resources, all of us low-income folks were forced to innovate to live beyond survival.

My housemates and I, for example, participated in a community garden so big it spanned a city block. During my first visit there, I was moved by the pale yellow/deep purple of an okra blossom in a neighboring plot. There was no water at the site, so we carried our own in buckets the five blocks there. We grew zinnias, nasturtiums, and sunflowers nurtured in a compost we “made” at home. At the end of the summer, we picked all the flowers for my housemate Josh’s wedding.

It was probably my most creative year yet, now that I look back—making presents from happy hour flyers, copper wire finagled from the neighboring L’Arche community, and objects salvaged from the recycling bin.

More impressive was the innovation from my housemate Jerod, avid sports fan that he was, in a house without cable television. When he saw the house across the street had the Orioles game on, and he spied some binoculars someone left behind, he put the two together and watched the game from the living room couch. “One thing I try to keep in mind,” he said from his home in Minnesota, “is try to be content with what you have. It’s fair to say LVC helped shape that.”

I observed other city residents tap into their creative resources as well. “Compliment Man,” for example, was in nearby Adams Morgan. Compliment Man made tips by giving accolades to the brunch goers on 18th Street: “Hey, I like those shoes.”

It felt good to be in it together, as loose as the ties were between my neighbors, students, housemates, and myself. Now I’m reminded of my son’s daycare provider when she put away all the toys for good, and the children interacted more. In a similar vein, with less house to hide in (I shared a room with my housemate Gretchen), fewer toys to distract ourselves (none of us owned cell phones), and our meager earnings forcing us to cook instead of eat out, we did interact and form a community. We grocery shopped and cooked dinner in pairs. We explored DC cheaply or for free: crashing a party with Ralph Nader, drinking $2 beers at nearby Common Share, visiting the free Smithsonians, and discovering the capital by foot.

To be clear, tensions arose in the house, as disparate as our perspectives were, especially spiritually and meat-wise—and in the neighborhood and in the school where I taught. Guilt washed over me when I taught Langston Hughes to my adult students, who were mostly African American, as though I had anything meaningful to say about being a Black man in the US. In teaching I learned to avoid feigning expertise and try to open conversations instead. As a whole, I loved my students, so struck by the contrast between their hard lives and the kindness they showed me and others.

Now in a much wealthier and gentrified Washington, I’m wondering what work is to be done for LVC volunteers. The grittiness of our old stomping grounds is gone, and I don’t think it’s just nostalgia. It is different, feels different with the new condominiums, luxury restaurants, and chain storefronts. Now that a shopping complex has replaced the community garden, now that Common Share closed, now that the district is no longer dubbed Chocolate City, now that Donald Trump is president. Most of these changes came in the early 2000s, and many point to the Columbia Heights metro stop opening in 1999 (the year we were there) as the precursor for the neighborhood change. But still, the differences feel dramatic, as they did for Josh, now a pastor and religion professor in Queens, when he visited Columbia Heights a few years ago. “I couldn’t recognize parts of it,” he said. “It just looked a lot more gentrified. It didn’t have a dangerous edge.”

Although it may be better masked, the fight for social justice in DC is far from over, especially in Columbia Heights. In his insightful study on the neighborhood, Justin T. Maher writes, “From 1999-2011, the average home price and household income in [Columbia Heights] rose at twice the rate of the city as a whole.” And as of 2012, the district ranked third in US cities for income inequality, according to DC Fiscal Policy Institute.

As a consequence, the fight against gentrification—specifically the displacement of people—is at the heart of LVC’s current work. LVC President Sam Collins said the volunteer model has evolved to address the changed urban landscape as well. The goal now is for volunteer work to come directly from the local community’s needs. “We would like to play more that role,” Collins said. “And not pretend that we’re going into those communities and solving their problems.” Even during my LVC year, I remember conversations about dismantling the colonial mindset in pursuing social justice. But now the affluent environment seems to demand it, and volunteers have no choice but to grapple with the messiness and discomfort of privilege, specifically white privilege in a privileged city—something I had the luxury to touch and let go of as I saw fit. “My presence as a college-educated white woman from the West Coast (that grew up in a middle-class family),” writes current LVC volunteer Keziah Grindeland in an email to me, “puts me in a position that requires that I am constantly checking my privilege.”

So LVC’s approach also seems to be one of transparency. “Even though we’re trying to help, we’re part of the problem/solution,” Collins said, referring to the new LVC house in a gentrifying Anacostia. “We do the best we can and talk about it and make intentional choices.”

Among other things, Josh says his time in LVC was the first time “I experienced anger for being white.” Now as a pastor in Queens, he says his time in DC set the foundation for his ministry. “The longer I’m a pastor in an urban setting, the more I do more non-pastoral things. I’m just comfortable with a lot of urban complexities.”

In my interview with Collins, he asked me about what I learned from my LVC year—I was grateful for the question. I learned the relationship between creativity and scarcity (and time); I gained an appreciation for community—something I struggled to regain in the years afterward; I learned not to be intimidated by money; I learned to further embrace difference, and eventually acknowledge my own privilege within it; I learned that only God can take us to a higher moral ground; I began my love for cities.

Even in a wealthier Washington, the hopes and take-aways from the LVC volunteers are not so different. “My time as an LVCer has changed how I relate to the world, how I relate to money, organizing, social justice,” writes Grindeland. “LVC has given me a framework within which to examine why I am here, and what that means for the city and people around me.”