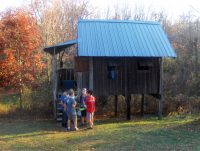 We Got An Egg!: A Study in Scarcity 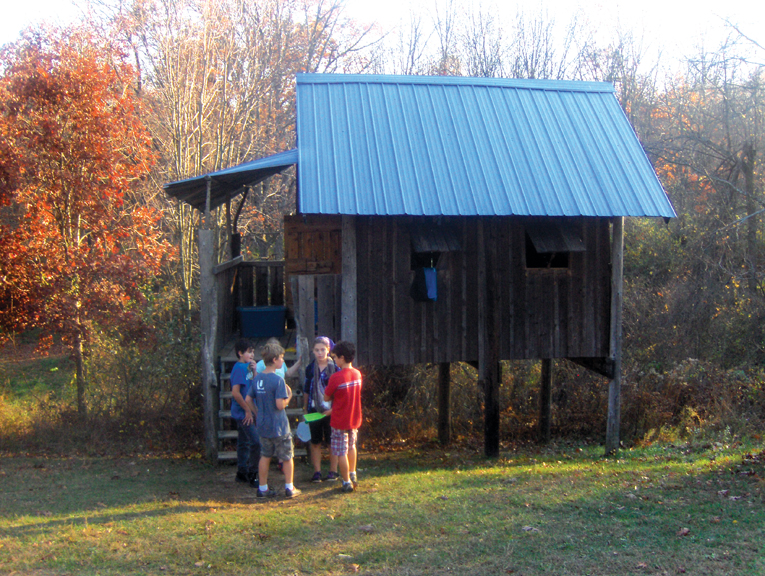 “Hey!” Thirteen-year-old Jayden yells as he races across the yard to the Asian stilt-house. “Sawasdee,” he adds breathlessly, rushing through the required greeting. He looks up hopefully at Olivia, waiting for him on the Thai house’s steps. “Do you have any rice?”

“Yes!” He holds up the potato and onion clutched in his hands. “I’ll trade you these for some water, please.”

But Olivia hesitates, regarding the vegetables with the discerning eye of a rural matriarch at market. She shakes her head. “That’s not much for a whole gallon of water. Two onions and two potatoes.”

Like most American kids, Jayden has never bartered for anything before in his life. He knows that two onions and two potatoes is a very steep price to pay—it will nearly wipe out his allotted vegetable stores—but, without the water, he and his fellow housemates can’t cook anything at all. He considers the offer carefully for several minutes, not sure how much risk to take. Finally, he decides on a counter-offer, one that is still very expensive. “One onion and two potatoes.”

Jayden, Olivia, and their seventh-grade classmates are on a school trip to the Global Village at Howell Nature Center in Michigan. After most of a day exploring the disturbing details of hunger and poverty, the kids will spend the evening getting a taste of what it’s like to be desperately poor. They’re assigned to one of the model houses in the Global Village, each with its own food supplies, limitations, and rules for interacting with the “residents” of other houses. Their goal tonight is simple: make dinner. The food they are given is good, but success is not guaranteed.

Representative of some of the world’s poorest regions, the houses in the Village don’t have electricity, phone lines, or driveways. A few don’t even have doors. Some are made of wood, others of mud, clay, or even recycled trash. All of them are accurate, and all of them represent the desperate living conditions of millions of people around the world right now.

Hunger is just part of the problem. Lack of clean water causes its own maladies. Poor soil conditions, natural disasters, war, government corruption, fluctuating market prices, and lack of education all contribute to the circumstances which prevent otherwise capable, intelligent people from escaping an overwhelming string of challenges. Without money and education, it’s virtually impossible to do. Many organizations and NGOs specialize in aiding residents of these areas by providing access to things like education, clean water, health care, and small business loans, all of which help poor families improve their own circumstances.

Some 12 percent of the world’s seven billion people do not regularly get enough food to lead normal, active lives, according to the United Nations’ Food and Agriculture (FAO) annual report in 2013. That’s 842 million people. This number is down from a few years ago, but it’s still way too high.

Iron deficiency, for instance, is rampant in poverty-stricken areas of the world, along with every other kind of conceivable illness. You don’t find iron-rich foods like red meat or fresh kale lying around in sun-baked tropical regions choked with trash. Iron feeds the blood, and most importantly, it feeds the brain.

Earlier in the day, we played a quick game to demonstrate what working while iron-deficient can feel like. It’s pretty much impossible to succeed, and the kids laugh at the silliness of their efforts.

And yet, I ask them later, imagine if I were your boss and I just asked to you to go do a simple task for me. How well did you perform that task?

“Do you think I’ll be hiring you again tomorrow?”

“So you’re out of a job now because you couldn’t follow directions. You have no income. What are you going to do?”

The kids are silent, watching me with flat, wary gazes. They have no idea.

In the United States alone, 14 percent of our population is food-insecure, which means they don’t know where their next meal will come from. The world produces more than enough food for each of its citizens, yet one in eight goes to bed hungry every night. The reasons for this are manifold, from theft or accident, disaster, overly strict governmental regulations, or the logistical inability to get the food where it needs to go.

But at this point, early in the afternoon before the role-playing begins, I’m just another teacher and that was just another forgettable academic question that stumped them. It’s not life-size yet, and for most of them, it will never be a reality. Right now, this stuff only happens to distant shadow-people called “Them.”

In our model village, the Urban Slums are a collection of rough shacks frequently mistaken for chicken coops. Unlike real life, ours are not crammed into a trash dump at the edge of a huge metropolis and don’t come with the standard malaria, rats, violence, and floating sewage. But try telling that to their current residents. I wander into the Slums to find the kids huddled around their plastic food bin, looking shell-shocked.

“We have nothing!” cries Laura, on the verge of tears. “This is all we get to eat tonight?”

I can’t answer that. Since they haven’t even started discussing all their options yet, I have no idea what they’ll end up with. Her teacher and I both shrug helplessly.

Still very much in disbelief, she and the others gape for a few minutes longer, as if expecting us to pull a hot pizza out from behind a bush and laugh the whole thing off as a joke. But there is no punchline. The possibility that they might not get something they really need has never occurred to them before. Dawning horror is plain on their faces.

I leave the Urban Slums group to chart their own destiny. Either they’ll get it together or they won’t.

While high school students and adults can take the sudden threat of no dinner as the eye-opening opportunity that it is, younger kids often have a harder time not taking their disadvantages personally. Some, like Laura, give up immediately, shutting down or pleading with me to make things easier. Others, however, are galvanized by the challenges presented here, as if I’m daring them not to eat, and rally themselves to prove me wrong. Success seems to depend on their attitudes and expectations as much as their imaginations.

Among the privileged—and I use the term loosely here; simply being an American from an urban or suburban region qualifies as very privileged on the world stage even if they are considered poor or disadvantaged by American standards—there is a pervasive assumption that chronic hunger or poverty is somehow easier for those forced to live with it, as if they have some built-in resistance to pain and indignity. What visitors to the Global Village don’t realize is how authentic their own reactions are: anger, frustration, fear, or contempt toward those who have more (or are perceived to have more). Rarely does this connection emerge as conscious thought during the program, but for some it begins to manifest as uncomfortable feelings.

In the rural Appalachian house, Jayden has returned to face the music. His housemates are not very pleased about the exorbitant price he paid for the water.

His housemate, Christopher, has set himself up as head chef in the run-down American house. “What?” he explodes, brandishing a wooden spoon. “Wonderful! Now we’re left with a couple of vegetables, a couple of eggs, and cornmeal? What kind of crap-cake is that supposed to make? It’s disgusting!”

“Hey, what was I supposed to do?” Jayden flares up, defending his business decision. “Say no to the water? You couldn’t even fry this stuff because we don’t have cooking oil!”

“I don’t think we have to mix all of it together,” volunteers Amy from the porch. “We could still trade some things, you know. How about an egg for some cooking oil?”

“Who would want just one egg?” Christopher snaps at her.

Unlike the Slums, it seems the Appalachian house has too many chefs with their own ideas. While they glare at each other, I head back to the Urban Slums.

It seems they’ve made some progress: two have left to trade food, and another one is kneeling on the ground coaxing some sparks to life in the fire pit.

Laura shrugs dismally. “We’re just going to try and see what we can get.”

She doesn’t have to wait long. Suddenly the two traders come racing back, shouting with glee. “We got an egg and a carrot!” one of them yells, waving it over his head. “We’re saved!”

Cheers erupt throughout the little shantytown: certain death has been narrowly averted. The girl building a fire looks up and chides him, “Well, don’t drop it!”

Suddenly, the Urban Slums is abuzz with purpose and activity. Someone finds containers for these two hot commodities, and a hasty discussion of what to cook ensues. Everyone gets a job to do, and they all set to work as if this were their last meal on Earth. No one squabbles, no one complains, and no one is left out.

Of course, they wouldn’t have been this enthusiastic, creative, or happy if I had told them what to do or offered them a safe way out. Ecstatic as puppies, they lay a place setting for me and proudly serve up the nameless concoction they’ve cooked on the fire. The meal they whip up is nothing like they’ve eaten before and probably nothing they’ll ever voluntarily eat again, but there are big smiles and even kudos all around as they wolf down their hard-earned dinner.

The sun is going down. A smoky haze settles over the Global Village as cook-fires are lit and a fusion of delicious smells permeates the air. After dining in the Urban Slums, I head over to see how the rural Appalachians are doing.

Despite Christopher’s earlier posturing as head chef, their fire pit is cold and no food is cooking, even though they have a gallon of good water and some great food sitting beside them. Five or six easy recipes come to mind, but they can’t agree on a single one.

Heather Barnes is the Coordinator of the Heifer Global Village at Howell Nature Center in Howell, Michigan. In partnership with Heifer International, the Global Village offers hands-on programs for youth and adults on world hunger and poverty (howellnaturecenter.org/programs/heifer-global-village). Heather previously published “Community for a Minute: Discovering Nature, Group, and Self at Sixth-Grade Camp” in Communities #157, Winter 2012.

Filed Under: All Blog Posts, Communities Articles, Community Where You Are, Issue 167