Three Perspectives on Intimacy in Community 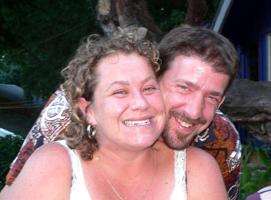 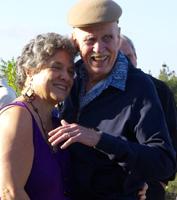 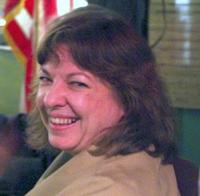 Three members of Lafayette Morehouse (in the San Francisco Bay area) reflect on various forms of intimacy and how community fosters and supports it.

● ● ●
The Cavalry is Just Around the Corner
By Kiva Lindsey

Somewhere along the way I became quiet about how I was feeling, not wanting to rock the boat or disturb the façade of “we have it all together.” It was just the two of us, living on our own, and I felt more separate from him than ever. I am a “put on a happy face” kind of gal, but behind the big smile I was an unhappy woman, afraid to tell anyone what I was feeling. I was lonely and estranged from everyone, especially the one I loved the most.

I am grateful for my “starter marriage.” It was a true learning experience and luckily we have stayed great friends. I learned what not to do, which for me was trying to make a marriage succeed without getting much support from other people. It is still my instinct to hide any troubles with my relationship but now, living a communal life closely with others, hiding out is no longer an option and I have found unexpected benefits in including friends, both in good times and bad.

For example, recently I had a blowup with my second husband, Michael. It had been one of those days; I could tell I was getting sick and was just annoyed by everything. I got very upset when Michael came home 20 minutes late without bothering to call. I know, I know…20 minutes seems really petty, but like I said, it’d been one of those days. So we argued and ended up sleeping in separate rooms.

The next day there was no denying that I had a massive head cold. Michael walked into the room and I immediately started barking orders at him. I was distressed about getting sick and felt it was my right that he drop everything, especially his grudge, and take care of me. ”I am the one who is sick!” I screamed. (Attractive, right?)

He was still upset from the night before and frankly, I was still angry with him for coming home late. In no time our fighting escalated and was on the verge of violence. Michael stormed out of the room; I buried my head in the pillows.

He went directly to see Alec and Marilyn, friends of ours who have lived in our community for many years and have had a lot of experience successfully navigating intimate relationships. They’ve helped us many times before, quickly and gracefully getting us to a place where we could talk calmly about what was going on in our relationship.

It was a brave and loving move Michael made, calling in the Cavalry. I, of course, was not in the room to hear their wise words. I was home feeling sorry for myself for being sick and chasing off my best ally. But amazingly, 15 short minutes after he stormed out of the room, he was back, he was calm, he was happy, and he was offering to run me a bath and make me tea. When he walked into the room, feeling sane and full of love again, I immediately let my guard down and felt like I could surrender to him and the bathtub and the cold. We both knew that we were teammates again, with the common goal of getting me well.

Michael and I often say that we wouldn’t have stayed together without our group. Including other people and their viewpoints has been one of the most important ingredients in the success of our intimate partnership.

I am 38 years old and I have spent the last 16 years in two different intimate relationships. I am just starting to really understand that having true intimacy with my partner doesn’t mean not arguing. Arguing can be incredibly intimate; and we all know that making up can be very sweet.

Having a good marriage is what I wanted all my life. I was blessed with the ability to pick great men, but keeping them was a different story—I had no idea how to have an intimate partnership. By the time I graduated from high school, my parents had been through three divorces. What I knew of relationships was that when the going gets rough, you walk away.

But I am sticking this one out, with some help from my friends! The best part is I am not only more intimate with my husband but with everyone I share my life with.

● ● ●
When You Feel All Alone
By Jane Hillis

The intimacy in my life was unexpectedly increased recently when my 77-year-old husband broke his elbow in three places. He was completely immobilized in a position where he could not even lift a glass of water. At first he depended on me 24 hours a day for everything.

There were many moments of extreme appreciation for each other during this time. I realized Joe would not always be there for me; he appreciated how willing I was to take care of him. The simplest acts of everyday life, like giving him a drink of water, were opportunities to love.

There were also times when I was stressed out and overwhelmed to the point of snapping angrily or crying. Couldn’t I have my morning coffee before tending to him?

Our struggles were opportunities for us to get to know each other better and others also, as we talk frequently to people in the group about our lives. My husband was vulnerable, struggling with issues of mortality and physical inability to take care of himself or be productive. At 62, I was now facing taking care of a rapidly aging husband. Wasn’t life supposed to get easier now? Who would take care of me?

As time went on, I realized I could not do everything myself. We reached out to the group for help and found we developed a much more intimate relationship with many people. Although people had offered to help from the beginning, it was not easy for me to accept. As for asking, what if they said no? A good friend finally said “You’re so busy rejecting yourself you won’t give us a chance!” So I began to ask.

People were happy to contribute different things. Some brought Joe snacks or drinks. Some spent time with him. One person was even willing to empty the bedpan!

I was now able to go out and have time to do other things. Joe and I got to experience the love people had for us. There were still stressful times during Joe’s recuperation period, but the intimacy and love had increased dramatically—not just between us but with lots of people in our group with whom we wouldn’t otherwise have shared so much.

I grew up in a solid New England family. We had dinner together every night, the beds were always made, and clean clothes magically appeared in my closet every week. It was a good way to grow up; at the same time, it wasn’t heavy on drama. Since I wasn’t privy to any households that did have drama, I always wanted to know what was really going on with other people. Kind of like when people crowd around the friends of celebrities and ask, “What are they REALLY like?” I wanted to know, “What is everyone REALLY like?”

Living in a community, in my case specifically Morehouse is, for my money, the best way to know. You get to see your housemates fighting, being romantic, going through crises—all the really juicy stuff. In fact, the moment I truly wanted to live in a Morehouse was when I went to visit one. As I walked in, a resident I knew was coming down the stairs—and as he rushed out, he yelled bloody murder at another resident who was at the top of the stairs. “Wow!” I thought. “Cool! People aren’t pulling punches—they’re just saying what they feel. They really get into it here!” I wanted in.

Once in, I discovered that it’s not just the dramatic moments that create intimacy; it’s also the raft of all the little ways you get to know other people. In our communal environment, we like to take time to do things for each other and thus we find out what each other’s preferences are. Like exactly how someone likes each of the seven pillows on her bed positioned. That one housemate likes his coffee the almondy color of another housemate’s skin. One woman, who only ever seems to eat healthy food, always has a can of Pringles and a Lindt chocolate bar on her bedside table. When you ask Deborah to help out with something, she’ll always say “No.” But we’re not bothered by that because we know you just have to wait a little while, ask again, and she’ll likely say yes.

We’ve seen each other at our best and worst and funniest moments. Like the time one couple had a fight and he threw all her clothes out the window. Another couple would sometimes ask me to wake them in the morning. I discovered how they looked entwined and asleep, their skin beautiful against their dark purple sheets. Once someone slipped into the kitchen and spiced up the soup Millie was making for the house. (You should have seen when Millie found out…). When a friend’s little girls would visit, one housemate painted their fingernails and showed them scary movies like Jurassic Park; they loved that. Once I had a boyfriend over and after we’d gone to bed a housemate came into our room with a video camera. We laughed. (No, he didn’t get any footage!)

It always feels great when someone from outside the house comes to me for advice on what to do to please or impress one of my housemates. “Do you think she’d like lemon bars?” they might ask. And I can answer, “Oh, gosh, I’m afraid not, she’s got a sensitivity to citrus. But you know what she does love?… ” And then I feel good, like I myself am “A Celebrity’s Friend,” because I am the one being asked, “What is she REALLY like?” And I know.