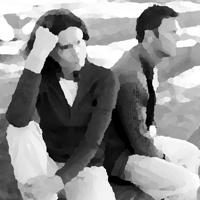 Recently I was asked to facilitate a sharing circle for a group where there had been a shift in an intimate relationship among members. The change—an old partner out and a new partner in—naturally spurred a complex set of reactions among the other members and the group was undecided about whether to talk about it as a group, and if so, how. That’s where I was asked to help.

On the one hand, the precipitating events were intimate decisions that the group clearly recognized as outside the group’s purview. That is, no one was trying to make the case that the individuals needed any kind of group sanction to proceed. At the same time, it was equally clear that the shift was demonstrably affecting the group. In addition to the two people who were starting a relationship, there was a break-up of a longstanding relationship that resulted in a long-term member exiting the community. So joy and grief were commingled in a volatile emotional stew and it was anything but simple figuring out how to proceed with caring and authenticity.

To what extent is the group a stakeholder in this dynamic? To what extent is it helpful to create a forum at the group level to explore this tender territory? This is a great topic. Shifts in intimate relationships are not rare and groups often stumble over this dynamic, in part because groups seldom address how they want to handle it ahead of being in the situation that exposes the ambiguity—and it’s hard to have an even-handed conversation about the theory of discussing the impact of relationships on the group, when everyone knows that what they’re itching to talk about is how unresolved tensions in one particular couple regularly manifest in the form of sarcastic comments that poison the ambience of community potlucks.

In the particular situation I was working with, the pathway was further clouded by one member of the emerging couple wanting the chance to talk in the whole group, while the other partner dreaded it. The latter had never been comfortable sharing in groups, yet was willing to talk with anyone individually. Why, this person wondered, couldn’t that be enough?

While much sharing might have been accomplished through one-on-one sharing, not everyone feels comfortable doing that when they’re upset, and there is considerable power in everyone hearing from everyone else all at once. Not only does this cut down on speculation and gossip about what’s happening and how people are responding, it gives depth to each person’s knowledge of other members, and enhances the trust that you can build as a consequence of weathering a complex dynamic together.

By creating an intentional community, the group had made an explicit choice that members would be more in each other’s lives than is the case in typical neighborhoods. That is, they purposefully chose to be closer with one another. That said, there was still substantial ambiguity about how close they wanted that to be, and the request to have a group conversation about how the group was impacted by intimate events begged that question. While some members definitely wanted this opportunity, others thought it was inappropriate and was inserting the community too far into members’ private lives. Nonetheless, the group proceeded, and most members, to their credit, were willing to give it a try, with even some of the skeptical attending (for which I was thankful and impressed).

The sharing circle was an explicit attempt to help the new couple in their continuing relationships with others in the community—which everyone wanted to proceed in a healthy, authentic way—yet we established at the outset that no one was intending this session to encourage people to take sides between the new couple and the exiting member. In fact, one of the clearest benefits of the session was our ability to successfully establish that no one was asking anyone to choose between them, so that support extended to any of the principals should not be construed as an implied withdrawal of support for any other principal. Whew!

In this instance, the group did a terrific job of speaking from their hearts and listening closely to each other. This was all the more impressive in that a number of people had hard things to say.

Here is some of what came out:

—Anger that one member would make themselves available for a new relationship before the old one was dissolved. Some thought this violated a standard of morality, even though it was recognized that was a personal position and not something that the group took a stand on (though some groups do, this one did not).

—Lament that the group was not able to find a way to better help the struggling couple work through their issues, with the hope that either they’d come through it with their relationship intact, or that it was possible for the old couple to separate without the group losing a valued member.

—Fear in the new couple that others were holding them in judgment and that they might be shunned.

—Upset that people were hearing “dirty laundry” about the old couple that no one was comfortable with, or knew how to respond to.

—Confusion about whether it was appropriate to express happiness for the new couple without coming across as callous and uncaring for the person losing their partner.

—Upset that the group was intruding on private matters, and that the conversation might lead to traumatization and polarization that would preclude or at least delay healing.

—Fear among single people in the group that their spending time with married members might be misconstrued as an attempt to seduce other people’s partners.

—Relief that the group cared enough about each other—and the whole—to make this attempt to discuss what was going on, without judging one another for their individual reactions.

—Thankfulness that there was finally an opportunity to say openly how difficult it had been to try to befriend all parties and have no one to share that with because of an overriding commitment to confidentiality (the underlying relationship struggles had been going on for more than a year).

One of the most powerful things that emerged in the sharing was people witnessing difficult things from their past that strongly influenced how they saw this development, which included their personal stories around intimacy and the boundaries they have developed about what is private and what is suitable to be shared with others. When revealed, it made it much easier for others to understand their perspective. In the absence of such knowledge, we tend to assume that others have similar life experiences to ours, and this can considerably muddy the waters when trying to make sense of why someone reacts as they do. Often, these things don’t emerge until such tender moments occur and people are given an unexpected safe forum to share their histories.

Note the power of the whole group hearing about all of this in one go, rather than trying to piece it together from a series of one-on-one conversations. None of what I’ve written here is meant to criticize one-on-one sharing—I’m all for it. I’m only trying to make the case why sharing in the group offers unique benefits. Done well (which is not a slam dunk, yet is demonstrably possible), it undercuts hearsay, establishes a common basis for moving forward, enhances trust, and accelerates healing.

While no one wants people to suffer and go through deep hurt, such things inevitably occur. I’m excited when groups are willing to make the attempt to trust their ability to help each other through hard times by being real and vulnerable with one another, trusting in our basic humanity and desire to piece together our myriad and confused responses into a tapestry of authenticity and support when coping with crisis.

Relationships don’t exist in a vacuum, and I think it works better when groups don’t just look the other way and hope for the best. It gives me hope when communities are willing to extend themselves and recognize they can have a role in helping to create a healthy container in which relationships can manage struggle, and the individuals whose lives are affected can get support in finding their way to a constructive response. I’m proud to be a midwife of such moments.

As a group process consultant, this is as good as it gets.

I see that being a mediator amongst members of a community is quite challenging! Trying to be objective and focusing the task at hand while chaotic emotions and energies flare is a difficult thing to do! High Five to Mr. Schaub! This has also given me a reality check of what could happen if I decide live in a community. Thanks!

Wow! What a wonderful example of How a group dynamic can be assisted in such a delicate & challenging situation.
And I agree with Mr. Schaub’s final comment: “”…this is as good as it gets.””
Kudos also to the Community for having the insight to bring him in to help!