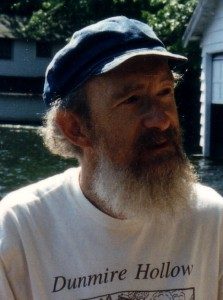 Harvey Baker has been involved with the FIC since the beginning, having served on the Board for 29 of our 30 years, and continues to be one of our most wise and innovative thinkers. He is also a co-founder of Dunmire Hollow Community, TN (1974). Full bio below.  For more 30th blog posts click here.

It was the mid 1980s; the Reagan years; the “me first” years. The time when the media delighted in finding a ‘60s radical who was now a Wall Street investment banker, so they could trumpet that the ‘60s folks had all sold out.

We know they didn’t all sell out. Many of them were doing quiet things out of the spotlight to make the world a better place, whether it was as a school teacher, a nurse, an organic farmer, or a public service lawyer. And some number of them were living in intentional communities, also typically out of the media spotlight, except for places like Jonestown.

In 1985, in the midst of all this, Corinne McLaughlin and Gordon Davidson, (founders of Sirius Community in 1978,) published Builders of the Dawn: Community Lifestyles in a Changing World. Communities magazine was being published at Stelle community in Illinois by Charles Betterton. Through his work with the magazine, Charles had contacts around the country of people and communities interested in cooperative living.

Inspired in part by Builders of the Dawn, Charles decided that it was time to breathe new life into the Fellowship of Intentional Communities, an organization that arose in 1948 among communities in the eastern part of the US, from the Bruderhof in upstate NY, to Koinonia in GA, to The Vale in OH. Charles’s vision was of a national/continental organization of communities, with more functions than just getting together to share the challenges & joys of community living. Using his address list of magazine subscribers, authors, and supporters, Charles put out a call in the spring of 1986 to meet at Tanguey Homesteads, a community in the west suburbs of Philadelphia. The goal was to explore creating a new, larger Fellowship of Intentional Communities.

My community, Dunmire Hollow, had been a loyal subscriber to Communities magazine from its inception in the early 1970s. Being on the mailing list, we got a notice about the meeting from Charles. With family to visit in Baltimore, and the possibility of a cheap flight back to Tennessee from Philadelphia, I decided to go to the meeting. I got in touch with Herb Goldstein, who was going as well; he picked me up in Baltimore on his way from his home at Common Ground community in VA.

Tanguey Homesteads had been founded in 1948 as a rural community. By 1986, the suburbs of Philadelphia had totally surrounded it, making it in some ways just another neighborhood, tho definitely a different one in other ways. There were many people living in the community who had moved there as young adults in the late ‘40s and early ‘50s, who had spent their adult years there, and were now in their retirement years. Pretty inspiring!!

The meetings were also exciting; Charles was very eloquent about the potential for a national organization, and that this was the time to get started. The room contained some committed communitarians: Alan Butcher (living at Twin Oaks, formerly of East Wind); Dan Christenberry (living at Shannon Farm); Faith Morgan (who grew up at The Vale in Yellow Springs): Herb Goldstein (living at Common Ground); Helen Zipperlin (living at a Camphill community); Art Rosenblum (who would soon thereafter make a video about community); and certainly others I have forgotten. We decided to form a non-profit corporation in Illinois; Charles would file the paperwork there and be the registered agent. A group met to draw up a charter and bylaws, and the first board meeting of the newly formed Foundation for Intentional Community was held at Stelle in the spring of 1987.

The fall meeting for 1987 was held at East Wind, less than a day’s drive from Dunmire Hollow. My buddy David & I drove over for the meetings, which were very interesting to me; less so for David. I decided to continue my involvement with the FIC, and David continued his role as a board member of the Center for Health Services, a regional organization promoting better care for rural people in our area. At East Wind I met Laird Schaub and his then partner Elke Lerman (and their baby daughter Jo.) Laird had been at the first board meeting, and was already a major force in getting the new organization up and running.

The spring meeting in 1988 was held in New Hampshire at Green Pastures Estates, a community in the Emissaries of Divine Light network. My wife Barbara and I decided to go, making a real trip of it, visiting communities on the way there and also on the way home. We carpooled with Dan Christenberry, picking him up in VA on our way thru. New faces at this meeting included David Thatcher of the Emissary community 100 Mile House in British Columbia, and Caroline Estes of Alpha Farm in Oregon. David, Caroline, and I all left the meeting as board members, with Caroline having offered Alpha as the next meeting site. It was agreed to have the first major project be a Communities Directory, using our connections to make it as complete as possible. (The previous directory was a section in the back of an issue of Communities with about 60 listings.)

The Alpha meeting (which I missed) was notable for bringing in a lot of West Coast energy, especially Betty Didcoct and Geoph Kozeny, who played major roles in the FIC over the years. With Laird, Betty, Caroline, Dan, and Geoph at the meeting, what was to be the FIC’s core group was together for the first time. A long evening brainstorm (somewhat lubricated by wine) provided the inspiration for the FIC’s second big project, the 1993 Celebration of Community, a 6 day event held at The Evergreen State College in Olympia, WA. It also introduced the FIC to minutes recorded in Geoph’s Macintosh and printed out at the end of the meeting.

The 1989 Spring meeting was held at Shannon Farm. Laird, Caroline, Betty, and Dan (with Geoph as an unofficial “Klingon”) were named as the newly formed Administrative Committee, responsible for guiding the organization between board meetings. Laird was selected as the overall manager of the Communities Directory project, with Dan managing the articles section, and Geoph managing the community listings. Betty and Caroline would continue planning the Celebration of Community.

By the end of the Shannon meeting, the shape of the FIC and its first major projects had been determined. The first big directory came out in the winter of 1990/91, and the Celebration of Community occurring in late August of 1993. Through this period, each meeting’s agenda included many other topics, from taking over publishing Communities magazine (which came to fruition in 1992), to creating an FIC logo (which took a bit longer), to accumulating a portfolio of community documents for new communities to start from (a good idea which still awaits its time.)

Much has been done, and much still awaits our time, energy, and commitment!

Harvey is a cofounder (1974) of Dunmire Hollow Community, and helped reinvigorate and expand the FIC in the mid-80s. He has served on the board of the FIC for over 25 years, and also contributes as member of the Oversight, Ministry, and Personnel Cmtees. He is past president of the Communal Studies Association. He co-owns a community based custom woodworking business, and serves the Waynesboro community as high school soccer coach. He and his partner Dorie Mueller grow and eat a wide range of organic fruits and vegetables in their garden. He plays soccer and bicycles (and shovels organic matter into the garden) for exercise and fun, and plays harmonica in a wide range of musical genres and venues. He presents workshops at various communities conferences each year, and is a volunteer auctioneer when needed. He hosts community visitors, touring bicyclists, and SERVAS members, giving them a glimpse of a more community based lifestyle.