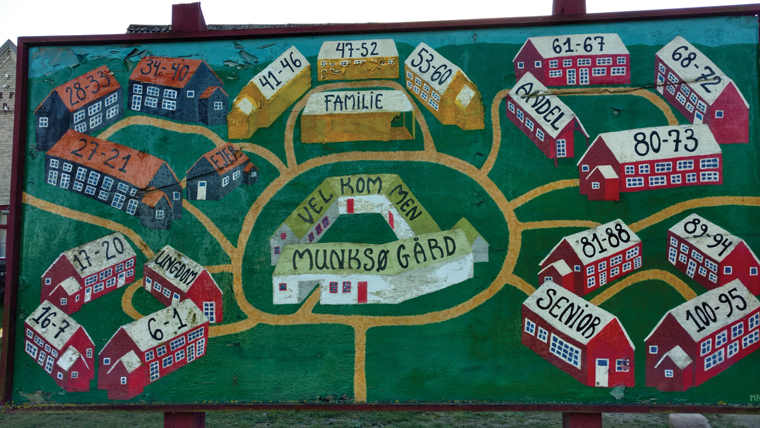 In this country there is a common sentiment that a person should go forth and set the trend, then others join it. In a culture where Warren Buffett, Donald Trump, Steve Jobs, Elon Musk, and Richard Branson are elevated as role models, we are trained to think big or not at all. No one in fourth grade says they want to be a social worker or a farmer or a good cooperator—that’s not sexy enough. I become a bold leader and they join me. Experienced communitarian Karen Hery hit gold when, speaking at the Village Building Convergence in Portland, Oregon a few years ago, she had all present hold up their right hand and repeat a pledge to try living in existing communities before starting their own. That’s just what the movement ordered.

Communitarians in the United States are in an interesting position. On one hand, we are inheritors of a societal attitude of “To hell with what everyone else is doing, I’m doing my own thing.” Examples include starting ones own company, lone wolf homesteading, triathlons, and climate change denial. On the other hand, we have come around to the perspective that cooperation is both essential and satisfying—sharing lawnmowers, childcare, and best practices. This pertains not just to dealing with others in our present but acknowledging the past and what can be learned from it. This conflict I believe mostly simmers unnoticed in the heart of an American, but has important outward effects in how we act in community.

This tension is much less in other parts of the world. On a recent trip to Denmark I learned about the strong history of Danish co-ops, a nationwide system and ethic of collectivism that was the norm until the 1950s. Cooperation still pervades society. It’s little surprise, then, that cohousing first began in Denmark, and that my friend Camilla says her thriving ecovillage—which is noteworthy by my American standards—is common and unextraordinary in Denmark.

Learning from the past is probably also more common outside the United States. At Auroville in India it was clear to me that the spirit and message of Sri Aurobindo and the Mother resonate strongly through the community decades later.

Movement toward such cooperation in the US may be connected with age, of both the country as a whole and of its citizens. As the young upstart ages he tends to discover that resonance with those around him is a good thing, worth having in life. And going it alone gets tiring—paddling against the current of society tires the arms after a while. Because of both quality of life and ethics, there is a steady flow of Americans toward communal living, but our individualist imprint runs deep, and can bubble up unrecognized by us.

Where I do I land on this topic? Raised as an American who tends to be independent and spends a lot of time alone, I have a prominent screw them streak in me (which I don’t flaunt, so it takes new acquaintances a long time to discover it). Over the years, though, I also came to see that I want similar-minded people around me. But I don’t want to just have people physically around me, but actually engage with them—I get energy from other people, and at heart I (and almost every human) want to socialize. So partly for my personal well-being I joined an intentional community. Playing well with others isn’t hard for me: doing my dishes, observing quiet hours, treating other people and our shared resources with consideration, and generally not being an asshole. But the young rebel in me doesn’t go down easily. In my community (Lost Valley Educational Center) we encourage new residents to read up on sociocracy, nonviolent communication, and permaculture, yet as a long-running pillar in the community on only one of those three have I made any degree of effort.

On the history front, until recently I hadn’t acknowledged that I have ancestors and they may have something of value. This would be akin to a cardinal sin in most cultures, but not in anti-historical young America. I consider myself to be of hum-drum white European background, and am happy when people can’t guess which part of the US I come from, because I’m not proud of that region. An arrogant, irrational slice of me still thinks I popped into existence ex nihilo and I’m the lone agent of all things in my life.

Having wised up some, when I came to Lost Valley in 2010 my main goal was to help intentional communities learn from each other, to not reinvent the wheel but be a stronger force in changing the broader society. But the community/business was in survival mode then, and I quickly put down the push for intercommunity exchange, and mostly haven’t picked it up again. The need to make money to stay afloat can keep us busily separated—cooperation and interchange doesn’t have an immediate revenue stream.

Compound that with the simple ease of not making the effort, add a dash of human laziness, and you have a recipe for a meal for one, not a potluck of many.

I see an added challenge to sustaining communities. My observation is that independence and strong will are a requirement for someone to join an intentional community, but those same characteristics can undermine the collective mentality that makes them function well. When whitewater kayaking, you need to paddle hard to get out of the strong mainstream but then much more gently once you’re in the calmer eddy, or else you may zoom out the other side, flip yourself, or crash into others. It takes both passion and restraint to arrive at and cooperate well in an intentional community in the US. It is partly because of this challenge that the one I live in has only a single resident of over seven years out of the 50 living onsite. (I’m sure dealing with the turnover/passthrough challenge has probably been covered in other Communities articles over the years. But I wouldn’t know—why would I read someone else’s article? I’m doing my own thing. But I expect you to read my article…)

However we desperately need to learn from past (and present) communities, and collate lessons from our own. Otherwise we choose to bob as separate crafts on the ocean of our uncooperative and ahistorical Americanness. Let’s lash ourselves into a more solid size, throw up coordinated sails, and make faster headway toward the social and ecological sustainability that enriches our lives and gives our society a future hope. Hooray!

But I’ll get to that later. I’m busy right now—I need to harvest my tomatoes, and nobody else is gonna do it.

An Irony of Modern Communitarianism

There is an irony that we are all participating in by reading this very magazine. We communitarians focus on quality of life and resilience at a very local level while at the same time learning from others thousands of miles away. I learn more from articles about Dancing Rabbit in Missouri and Findhorn in Scotland, or visits to La’akea in Hawaii and Damanhur in Italy, than I do talking to locals I live within biking distance of. Likewise, Lost Valley is known to many permaculturalists and communitarians around the country but is unknown to some in our own little town. It’s a strange irony made possible by modern technology, which we’ve come to see as perfectly normal.