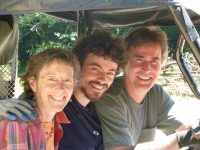 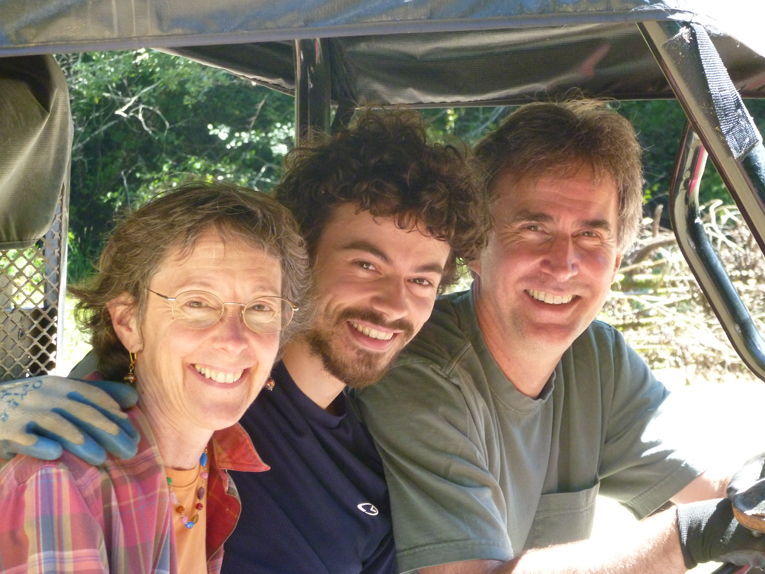 I’m part of a small communal family who’ve come very far toward solving many of the challenges people face when considering or attempting to live closely with others.

We started out as a core group of three people (David Truman, Francine James, and me) over 30 years ago, and others joined in time. Our unifying principle has always been our desire to learn to love and commit to each other, and to serve the world together. In the beginning we were held together largely by David’s personal friendship with each of us, and his unusually deep understanding of human nature, which helped us resolve our inevitable difficulties with greater compassion and grace than we could have mustered without help. We’ve all grown a lot in those abilities since the early days.

As a community, we’re smaller and more interdependent than many. But we’ve been able to explore the inherent potentials and benefits of community quite deeply, due to our commitment. So we feel our experience is relevant to all.

We recently heard about Communities magazine and its request for conversations, so we gathered one night to talk about our experiences of community. We had a fabulous discussion! Here are some excerpts.

How We Got Good at Cooperating

Sara: It’s great that people here really have the willingness and desire to jump in and do whatever is needed—as opposed to “what I’m good at,” or “what I feel like,” or “what I want to do,” which is where most people (including us) start from: “That’s not my job; this is. I’m not good at that; I’m good at this.” It’s very preferential. Over time we’ve outgrown that attitude, and now when people come here, they integrate readily into that because it’s so strong in our culture.

Eva: It’s interesting that in our group people became specialists in what’s needed. Like noticing that something was needed and then developing expertise in that, so that’s how we now have experts. It wasn’t a preference, but it became a true professionalism.

Sara: We’ve seen how people can actually develop aptitudes they didn’t have.

Dyana: Yeah, and I remember the precursors to that. When we still lived in California and we were getting ready to move up here to Oregon, we had what I fondly remember as “the warehouse days.” It was a huge coordination project for a bunch of people who weren’t that good at getting along, who had trouble doing even the simplest things like cleaning the house together without getting into arguments. And suddenly, we had all of this stuff to organize and move.

When that happened, I remember us perfecting the art of the bucket brigade. It’s a real coordinated effort, like a choreography. The first few times we did that, we irritated each other, we dropped things. You really just wanted to go pick the thing up and carry it over there yourself, because you didn’t want to sit there between all these other idiots, trying to get them to pay attention. We finally got good at it, but it took a lot of reps! Remember?

Dinari: Yeah, those days were hard.

Dyana: Yeah, we were really not good at coordinating and communicating well amongst each other. But we didn’t feel like we had an option, we had to keep going. That’s learning how to cooperate at its best. We couldn’t have learned that from somebody telling us about it, or giving us all the theories or anything. We had to actually get in there and irritate each other and have words with each other and deal with it.

Sara: You know, there isn’t really any amount of expertise in “group processes,” or communication, or power-sharing, that could possibly hold a candle to the willingness to love. Because time and time again, our love-commitment to each other has allowed us to make decisions and do things that were impractical, or even seemingly in our worst interest, because there was a people-value involved.

A good example is Mana [a young woman who had joined the community right after high school] going to Portland to have the experience of getting a job, having her own place, and finding out what it’s like to live in the world. She was an integral part of a lot of things here. And the day she announced her desire to do that, we couldn’t imagine getting along without her. Yet we all intuitively realized, “This has to happen. And it can’t happen without us wholeheartedly supporting her in many ways.”

And so many other examples like that have happened over the years, where people come first. I really appreciate about our community that we’ve been able to change everything, and take all kinds of risks, because we stick together, and are committed to making it work and taking care of the people. We’ve really done a good job of proving that you can prioritize love and human values above all else. It does actually work.

Mati: I’ve often wondered how people can function in the world without feeling like they have any place to stand, any relationships they can count on. I remember, before being in this community, having a lot of fear about that. And now, so many years later, I really appreciate the fact that we all have that with each other, and that our commitment to one another is very deep. None of us wonders how they’re going to have friendship, stability, community, family, love, purpose. People who need you, and people who are there for you when you need them. Sustenance, and spiritual upliftment. We have so many things that are luxurious by common standards, but they are the basics.

Paving the Way for Others

Sara: There’s something interesting I’ve observed: In the beginning when it was just me, and Fran, and David, it took us a long time to make increments of progress in getting along and learning stuff. But the more people came, and the more solid and strong the community got, the easier it became. Each person coming in learned much more quickly the things I spent years learning. And I think that’s a benefit of living in community…

Alex: You have role models.

Sara: More than just a role model—you can absorb or blend with any quality that you admire in someone else. You can take it into yourself.

Mati: I can see, too—I’ve been here 15 or 16 years—most people coming in go through similar processes: discovering elements of their own egotism, which they learn about in relationship and by screwing up in different ways, and gaining consciousness about that. But I’ve noticed that the grosser elements of that don’t linger in people as long now, and I attribute that to the fact that there’s less of it around in general. So there’s a higher moral and love environment for everyone to be raised in, and it helps clean up that stuff faster.

Dirk: Right, there is a big support for it so you’re not working against something, you’re working with something.

Mati: That’s true, you’re not reacting so much to other people’s rampant egotism. That makes it easier to get through it.

Mati: …in separate conversations and together…

Alex: So that’s part of the beauty of community: it really is a village raising the adult into…

Alex: Into morality, that’s a good way to put it.

Sara Donna is one of the founders of the Lampa Mountain Community, located south of Coos Bay, Oregon. You can meet her and other members of the community at the Body, Mind, Spirit Expo in Portland, Oregon, November 1-2, 2014, where Sara will speak on “What’s Enlightened, and EnlightenING, about Community?” You can connect with the community by email (lampamountaincommunity [AT] gmail.com) or through the Lampa Mountain Community page on Facebook.