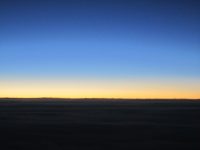 Land in a Sustainable and Just Society 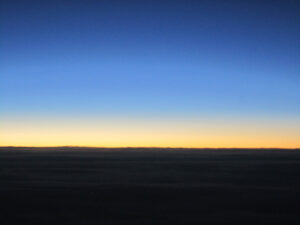 That’s Reverend Charles Sherrod, speaking about the founding of New Communities, Inc. in the documentary Arc Of Justice: The Rise, Fall, and Rebirth of a Beloved Community (www.arcofjusticefilm.com).

New Communities, founded in 1969 by black farmers in southwest Georgia, was one of the first land trusts in the United States. The founders of New Communities came out of the Civil Rights Movement (among them was Slater King, a cousin of Martin Luther King Jr.) because they recognized that, in the words of one of those interviewed in the film, “economic opportunity was…connected to civil rights, and that economic opportunity meant the opportunity for independence.” Charles Sherrod and others had traveled to Israel in 1968 to “learn about developing homes and cooperatives on community-owned land.” They brought back the idea of owning your own home but leasing the land underneath it, creating the basis for a cooperative economy.

During its existence through the ’70s and into the ’80s, New Communities was attacked physically, economically, and financially, finally forced to close in 1983 from discriminatory practices by the USDA. In 2009 landholders from New Communities received $12.8 million as part of a class action lawsuit against the USDA. New Communities is a powerful story that helps us understand more fully what intentional communities are, what they can be, and why they matter.

Well-meaning white people will sometimes ask, why aren’t there more people of color living in intentional communities? A common explanation is, well, they find community in other ways. While this may be true on some level, it doesn’t acknowledge the numerous examples of opposition or outright violence that people of color or interracial groups trying to organize intentional communities have faced. It’s not that they haven’t tried to create intentional communities, it’s that they’ve met barriers that communities started by white people don’t face. Land is indeed power, and some people don’t want other people to have it. But the desire to have land, to have the security and the access to self-sufficiency that land can provide, and a place where a community can come together on their own terms to collectively determine the conditions of their lives, this is a desire shared by all kinds of people.

When you stop and think about it, the idea of private property is pretty weird. If I “own” land then I get to do whatever I want with it, and I get to say whether or not anyone else can come onto this land or what they can and can’t do on it? Yes, as long as someone doesn’t take it from me. There is also likely a State or other authority willing to protect my “right” to that land, by force if necessary, but who can also take away that right if I don’t pay taxes, if I start doing something illegal, or am part of a demographic that’s being systematically disenfranchised and discriminated against. It’s all pretty arbitrary and based on whoever happens to have control.

It also pretends that land use doesn’t have consequences. Depletion of natural resources resulting in migration and war goes back as far as recorded civilization. Exclusive, unilateral land use makes even less sense with 7.5 billion people on the planet, and a global economy consisting of consumption and waste practices that are compromising the ecosystems on which all life depends. We live in a world where we’ve exceeded the sustainable use of renewable resources, meaning that some people are getting their needs met (or very much more than what they need) at the expense of other people’s ability to get their needs met. Self-sufficiency, the ability to access the resources needed to sustain yourself, has become a privilege, a luxury. How then do we reconcile our notions of private property with a sustainable and just society?

A key motivation for creating intentional communities is the desire to have control over the circumstances of your life—in other words, banding together with like-minded people on a piece of land where you get to do what you want. This in turn can be a result of a variety of motivations, from protectionism to social justice. Regardless, it’s what you have to do within the economic and political systems covering pretty much every square foot of land on the face of the earth—systems that are fundamentally based on the objectification and commodification of land. Collectively deciding how all people can get their needs met through sustainable land use isn’t even an available option for the world today. There are just too many vested interests in maintaining the current system based on an almost hallowed belief in private property.

Ultimately part of what intentional communities are trying to model, and what movements trying to bring back the Commons are aiming at, is this. We can have a different relationship with each other and a different relationship with the land that we all share and depend on for our existence, but it will take willingness from all of us to challenge fundamental assumptions and cultural norms we have about privacy and control. Are we able to share access and decision-making about the resources necessary to live in an equitable and sustainable way? Are we able to shift our approach towards land use away from control towards access and stewardship? Are we able to see ourselves in relationship to an earth that is very much alive? Are we able to honor the relationship to the land that all people and all life share, considering and valuing equally the needs of all life as inherently interdependent?

I believe we can and that intentional communities can help show us the path forward.

Sky Blue is Executive Director of the Foundation for Intentional Community.

One Reply to “Land in a Sustainable and Just Society”

Beautifully written article. Inspirational and motivational. It is clear that C.L.T.’s are the way for a future of ethical (sustainable) interdependency.