Garden as Therapist and Community Organizer 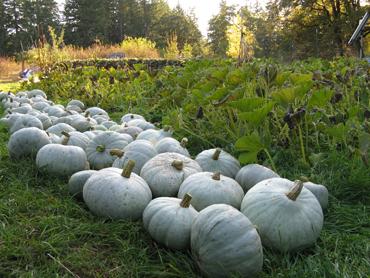 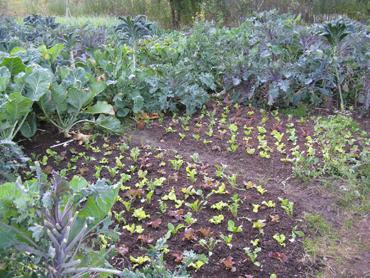 When my therapist diagnosed me with Major Depression, she referred me to a psychiatrist, who prescribed an antidepressant. Neither asked me if I liked to garden.

This omission should not sound strange. American psychology rolls off the assembly line of American culture: a culture of hyper-individualism, where your moods and conflicts remain tucked away inside you. The presence or absence of your connection to nature, to plants and animals, to climate, or to community (it is thought) have nothing to do with your illness or health. The solutions, like the problems, are internal.

As a matter of fact, I knew little about gardening back then. I passed most of my days indoors, in aptly named apartments and in linoleum-floored classrooms where I learned how to be a psychotherapist. Sigmund Freud, Virginia Satir, Irv Yalom, and Aaron Beck were included in the curriculum. John Muir, Patch Adams, Josephine McCracken, and Alice Walker were not.

In the early 1990s, pastoral counselor Howard Clinebell grew tired of this artificial split between self and natural world. Aware that it impaired human health, he collected a number of natural practices he used in his counseling work: gardening, walking, appreciating scenery, gathering plants, being around animals, strolling near lakes and on seashores. He called this ecotherapy and published a book by that name.

By the time Professor Clinebell died in 2005, accumulating research demonstrated the efficacy of animal-assisted therapy, horticultural therapy, wilderness excursions, and a host of other ecotherapeutic treatment methods. In an updated anthology edited by me and Linda Buzzell, M.F.T., and recently published by Sierra Club Books (Ecotherapy: Healing with Nature in Mind), we also included chapters on time-stress management, nature-informed dream work, and community ecotherapy.

I no longer practice psychotherapy, having moved into education, but as a recently certified Master Gardener, I work in a community garden behind the Contra Costa Times building in Walnut Creek, California. I’m no longer depressed, either. Some of the research I summarized in Ecotherapy shows reconnection to nature to be as effective in some cases as medication. Hyperactive children calm down outside, as do dementia sufferers. Even looking out a window at a hillside or a river can speed post-operative recovery, diminish anxiety, lower blood pressure, rally energy, improve mood.

In the garden you also meet people you might not have met otherwise. I have spaded, watered, planted, and harvested shoulder-to-shoulder with an organizational consultant, a business owner who travels around the world, a 20-year-old nervous (as he should be) about getting married, a horticultural scientist who adopts stray dogs, and an elderly man named Russ who likes dirty jokes. He tells them badly but with such an air of self-entertainment that people laugh anyway. I’ve eased eggplants and radishes and squash into the ground with retirees learning how to garden late in life and with inquisitive children learning that good food comes from good soil and not from a chain store.

In the garden, masks come off and gloves go on, and everybody is a neighbor. Because everyone is also a volunteer, nobody gets paid more than anyone else. The garden houses no job titles or corner offices, although someone in the plot next to ours just put up a scarecrow to ward off hungry squirrels.

Conscious gardening takes me even farther than considerations of mental health. When I find myself in the garden, muddy boots holding me to the clay-rich soil, I stand at the center of the world: a rare feeling for us restless descendants of pioneers and colonizers. When I am there, or rather here (here is here here!), I know and embody who I deeply am: a creature of the Earth that gave me life, a fellow animal among so many others, and a thread in the living eco-historical weave that is California, my long-suffering homeland.

When this shift of consciousness grounds me here among spiders and birds and blossoms, the world no longer clanks like a lifeless heap of machinery, as a dying worldview would have me believe, or feels like a “resource” to exploit. Instead, it gives off a feeling of animation so intense that I stand convinced (as all my ancestors were) that this planet pulses with soul. I am reminded that “human” and “humus” share common roots, and that losing national parks and forests and topsoil really amounts to losing our collective sanity.

Of course, merely being in the company of soils, plants, and animals will not necessarily work the magic of healing and regrounding. I know of agribusiness managers (wrong to call them farmers) in the Great Central Valley of California who spend all day outside in irrigated landscapes they grid over with cash crops interspersed with branded animals they think of as livestock. The average logger knows trees far better than I do. But such knowledge remains trapped on the outside, objectifying what it studies instead of opening the entire heart, an organ of perception as well as of empathy.

The occasional Thoreau aside, transforming our relationship to the natural world awaits community settings in which the customary techno-fix/spectator mentality through which we squint at the world can expand into a deeper appreciation for the world’s astonishing complexities: its intricate flows and feedbacks, its clever solutions to ecological problems, its immense capacities for self-rejuvenation. Earth-friendly communities in turn require local natural settings in which to flourish.

Try the garden. The beginnings of eco-community are there at hand: a landscape to learn, a few tools, a handful of seeds, and some fellow experimenters awkwardly bending toward the ground, asking later in astonishment, “How could we have forgotten where we came from, what supports us, and where all labors end?”

Filed Under: All Blog Posts, Communities Articles, Community Where You Are, Issue 145, Sustainability