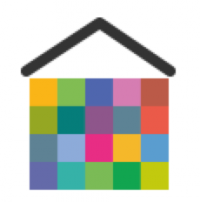 Over the past year, a U.K. group called Tonic Housing has been exploring ways to offer safe, affordable housing to older members of the LGBT community. Supported by several charitable foundations, Tonic hopes to build a housing complex called Tonic Centre in or near London:

“There is currently no LGBT-specific housing for older people in the UK, and few positive examples of where the needs of older LGBT people are meaningfully considered when new housing policy or provision is being developed. The consequences of such inaction can be devastating for people who have experienced prejudice and disadvantage at different stages of their lives and where older age will mean increasing vulnerability.”

Tonic has released a short film about the project as well as a brochure that includes case studies and survey results from their research. 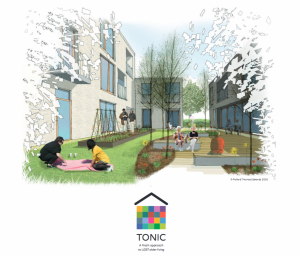 The organization was partially inspired by Lebensort Vielfalt (Diverse Living Space), an already-existing LGBT cohousing community in Berlin. According to Tonic:

“Lebensort Vielfalt is Europe’s first multi-generational home for LGBT people and opened in June 2012, providing its residents with an environment where they can be open about their sexuality. Amongst others, we spoke with Peter, a British resident who had opted to live in this open and accepting environment as ‘most of my life I have lived with other gay people’. Peter wasn’t prepared in his retirement years to enter a closet that he had never been in before.”

Lebensort Vielfalt has over 20 apartments, as well as a counseling center, and a restaurant called the Wilde Oscar which is open to the public. You can take a tour of the community on Youtube (in English and German):

A similar project in Spain, called the December 26 Foundation, recently launched in Madrid. The city’s Program of Solidarity Housing set aside several units to be managed by the foundation, which are intended for LGBT residents who are 50 and over. Both the Berlin and Madrid projects are multi-generational, with younger LGBT people also welcome to apply for residency.

Do you know anyone who lives in or is looking for queer-friendly cohousing? Check out Cynthia Dettman’s article in Communities Magazine for some options in the U.S.