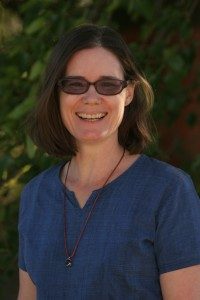 This post originally appeared on Cowboys on the Commons. To read Ma’ikwe’s forthcoming book on local environmental activism, Together Resilient: Building Community in the Age of Climate Disruption, please click here. For a follow-up interview about this article, please go here.

“Another world is not only possible, she is on her way. On a quiet day, I can hear her breathing.”
― Arundhati Roy

Today is an important day to listen for that breathing, which can be hard to hear over the justifiably angry buzz that just erupted thanks to President Trump’s pending decision to pull the US out of the Paris Climate Agreement.

And well it should be buzzing: this is a terrible idea. Paris got us a half step down the road of doing what we need to do around climate . . . not nearly enough, but some tangible progress; pulling us out will be two steps backward as whatever delicate trust was built in that process is dashed on the rocks of Trump’s ego.

The buzz is heavy on depression and panic, both of which are completely understandable responses. Without a real change in how we think about the climate crisis, it does indeed look and feel like the final nail in our collective coffin.

I’ve been tracking climate issues since 1987, and at this point, I’m no longer surprised by the capacity for large governmental bodies to sink their heads in the sand while simultaneously blaming others. (Notably, those “others” are usually poor and brown-skinned. China has been the favorite scapegoat for the last decade, conveniently ignoring that their emissions and other pollution numbers include a significant amount of the manufacturing of the cheap and convenient crap we Americans seem to relish).

20 years ago, I started to pursue a completely different track on environmental and social issues alike: deeply grassroots organizing of the structures and habits of our lives, largely in the form of residential intentional communities. And in doing so, I’ve found a viable option that requires nothing of politicians, a tactic that seems more and more practical and needed every day.

What if Americans could get their consumption and emissions down to about 10% of our current average? The answer is that it would be huge. By my best estimates, 10% is about what we need to be doing if we want to be “sustainable”. On top of that, we also need to start massive carbon sequestration projects, such as tree planting and biochar initiatives.

At least one group of Americans are doing just that: residents of Dancing Rabbit Ecovillage in Missouri. I profile Dancing Rabbit and a number of other community projects in my new book, Together Resilient: Building Community in the Age of Climate Disruption, which focuses on climate solutions that are already technologically viable and effective to reduce emissions, and that are available to all of us right now.

These communities hold potential keys to several of our worst problems: not only climate disruption, but also social isolation, massive income inequalities and other social injustices can be worked on in these deliberate pockets of social, economic and ecological experimentation. The ability to live on less (less dollars, less stuff and less stress) is one of the primary benefits of collectively self-determined, cooperation-based communities.

The pockets of creative solution making are literally everywhere. The Communities Directory lists over 1,300 intentional communities, most of them in North America. Not all of them have incredible carbon stats, but all of them that have been studied have notably better carbon stats. Like the Paris talks, they represent significant steps in the direction we need to go in, even if their potential is not yet fully realized. Unlike the Paris talks, they don’t just evaporate at the whim of politicians.

So to my friends out there who are feeling the cold creeping of increasingly likely disaster, I say this: take heart, and take things into your own hands. Let’s stop waiting for politicians who are deeply in debt to the fossil fuel industry and who can’t think outside of the capitalism box to suddenly see the light. Instead, let’s do this together.

Ma’ikwe Ludwig is a long-time sustainability and cultural change advocate, focused on intentional communities, and the intersection of economic and ecological justice. She is currently the Development Director at Foundation for Intentional Community, Executive Director at Commonomics USA, and previously served in that role at the Center for Sustainable and Cooperative Culture at Dancing Rabbit Ecovillage.