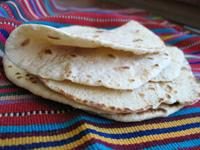 When I was part of Sojourners Community in Washington, DC, in the late 1970s, we were used to being targets of both antagonism and adulation. Most of us were young then—in our 20s—and idealistic. Our home was a devastated inner-city neighborhood, which had gone up in flames after the assassination of Martin Luther King Jr. and was still referred to as the “Fourteenth Street riot corridor” a decade later.

We lived together in large households (mine included a dozen adults, four children, a collie, two gerbils, and a small army of cockroaches); shared all our money (what there was of it); and launched several ministries that served our neighbors and addressed the poverty and violence that surrounded us. We published a magazine that challenged our society and government on a spectrum of issues, from racism and domestic violence to foreign affairs and nuclear weapons. We also engaged in regular acts of peaceful civil disobedience in hopes of changing both hearts and policies.

One source of antagonism for several of us was our parents. They had grown up during the Great Depression in the United States and survived the Second World War. And they believed that being good citizens during the post-war boom meant becoming enthusiastic consumers and capitalists, embracing the ideals of prosperity, competition, and self-sufficiency.

To them, we were “throwing away our good college educations,” “jeopardizing our futures,” “risking our lives,” and—perhaps worst of all—“living like communists.” Never mind that our inspiration was the compassionate and dispossessed life of Jesus—and the witness of the early church, in which Christians “were together and had all things in common,” sold all their possessions, and “distributed the proceeds to all, as any had need” (Acts 2:44-45).

In sharp contrast to the criticism was the adulation that arrived with a steady stream of visitors, mostly from across North America and Europe. They came to observe how we “did community.” Many had hopes of starting an intentional community back home, applying what they learned to their own neighborhoods and political contexts.

One small group of visitors I will never forget. They came from Central America. I believe it was Nicaragua, though it may have been Guatemala or El Salvador. All of those countries were erupting in civil strife at the time, and Central Americans were beginning to flee to Washington, DC and other cities in the North to escape the violence and terror.

A couple of us from Sojourners were showing the group around. We introduced them to our tenant organizers, who were helping neighbors in massive tenement buildings join together to hold landlords accountable for fair rents and repairs. We stopped in and picked up a snack at our food co-op. We took our guests into our daycare facility for preschoolers and our neighborhood center, where older children were receiving after-school tutoring and adults computer training. There we talked with the group about the structure of our life: the shared assets, communal living, prayer.

All this was met with complete silence. We got none of the tough questions and challenging arguments we were used to from detractors—or the accolades of admiration and expressions of just-how-impressive-it-all-was that spilled readily out of the mouths of supportive observers. Just polite smiles. Translation was not the problem, as the Spanish interpreter had done a marvelous job of describing it all. The spokesperson for the group thanked us for our time, and they left.

The translator came back around a few days later to explain. “They didn’t understand that this is unusual in North America,” he said. “This is how they live—looking out for one another and each other’s children, sharing their food and everything they have, praying for God’s protection.” Of course.

● ● ●
Now I’m closing in on 60. As I ponder my life, I give thanks for a rich and roundabout journey that has brought me back to community by intention. I share life on a small farm in the mountains of western North Carolina with friends. I co-pastor a faith community that includes additional friends and families that are committed to living justly and in peace.

I try to remind myself often that those of us who inhabit industrialized, digitalized, privatized early-21st-century North America are an aberration on our planet and in human history. That we even have to engage in conversations and write articles and organize conferences about how to “do community” speaks of our poverty and our alienation from the way of being human. We have lost sight of the fact that we are designed to live interdependently, caring for one another and sharing all that we have for the sake of the common good.

As it turned out, the visit by the Central Americans was not our last at Sojourners. They soon returned when they discovered the traumas and frights of our competitive and unwelcoming US culture. And as the terror in Central America escalated, Spanish began to be spoken in more and more of the homes in our neighborhood.

In December 1983, I had the opportunity to travel to Nicaragua with Witness for Peace, a faith-based effort that I helped to launch, which established an ongoing nonviolent and protective presence in that nation’s war zones. At the time, US-funded and -trained forces known as contras were raiding vulnerable villages, terrorizing, kidnapping, and killing Nicaraguan civilians.

Many moments from that trip are lodged in my memory, but one is particularly vivid. Our delegation was headed to Jalapa, an isolated village near the Honduran border. But soldiers in the people’s militia had stopped us in the little town of Ocotal, warning us that the contras were attacking the road ahead.

We spent a short and restless night on the floor of the Baptist church there. We shared the space with refugees—mostly women and children—who had fled their vulnerable homes scattered throughout the mountains. That night was punctuated with the sound of gunshots in the distance and filled with the cries of frightened children up close in the church.

We awoke before dawn and washed our faces in the rain barrel outside, ready to push on to Jalapa. The refugee women had risen even earlier. Firewood was stacked in the dome-shaped clay oven, and they were already slapping out tortillas when the first glint of orange from the sun appeared on the eastern horizon. They invited us to share their meager breakfast.

Those women had fled with their children and little more than the clothes they wore. Many were widows; some didn’t know if their soldier husbands were alive or dead. They were uncertain about where they would spend the next night or find their next meal, but they shared everything they had with us—affluent strangers from a country that was sponsoring a war against them. Our communion of tortillas and coffee at dawn was a sacrament of generosity that touched me profoundly.

Almost three decades separate me from that moment. I have related this story as a sermon illustration probably more than any other from my travels around the globe. I have longed to be like those women.

I don’t romanticize the poverty and violence that they suffered. But I envy their faith and the generosity they exhibited with one another and toward the strangers that appeared among them. They had learned how to live for each day and share all that they had. And that made them far richer than we.

I suspect that if they were ever to make a visit up North and run into a community of people sharing everything and watching out for one another, tied together in mutual destiny, they would offer the same unimpressed silence I heard in Washington, DC almost 40 years ago. For, after all, is this not what it means to be human?

Filed Under: All Blog Posts, Communities Articles, Community Where You Are, Issue 159, Life in Community