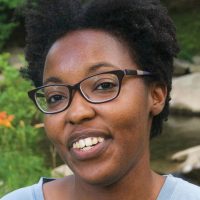 Barriers to Diversity in Community 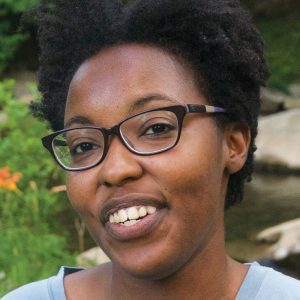 Although I don’t live in a community yet, I have spent three years organizing Charlotte Cohousing in North Carolina. This year I gave three workshops on diversity in community. I attended the Cohousing Conference and the Twin Oaks Communities Conference for the first time this year. I also participated for the second time in New Culture Summer Camp in West Virginia.

I love that the intentional community movement is progressive and forward thinking. The movement is focused on equality and recognizes that everyone deserves access to a home. But I can see the huge group of people who have been unintentionally left out of the movement. Thanks to the Cohousing Research Network, we know that interest in cohousing crosses all races and socioeconomic classes, and it’s probably true for other intentional communities too. The reality is that only a small cross-section of the population ends up living in community. Based on my observations, I offer several ways intentional communities unintentionally exclude people of color.

I grew up in an area that had a strong sense of community. We weren’t intentional in the sense that we chose to live there. Instead, my neighborhood was the result of segregationist housing policies that forced black families to rent or buy only in certain parts of town. These policies were implemented across the country starting in the 1930s, until 1968 with the passage of the Fair Housing Act. By then, the racial makeup of urban, suburban, and rural neighborhoods was set, and the only change has been the recent trend of gentrification. As a result, the average black person’s neighborhood is 45 percent black, while a white person’s neighborhood is 75 percent white.

Twin Oaks is a short drive from Charlottesville, where we all have been reminded that race is not a solved problem in our country. When I drive through Virginia, I’m careful about what gas stations I stop at. It’s no longer the days of the Green Book (a directory of black-friendly establishments published during segregation), but I am afraid that if I need help, the officers who respond won’t be there to help me. If I were going to relocate, it would not be to rural Virginia. The allure of untainted nature and private space feels fundamentally unsafe to me, a black woman from the South.

The urban environment, especially in the Charlotte area, is no better in terms of diversity. Charlotte residents have a clear idea of what neighborhoods are safe, close to shopping, and have good schools. Those neighborhoods are overwhelmingly white. My forming cohousing community members had difficulty including the word “urban” on our website because of its association with the inner city—crime, rundown houses, and bad schools. Those areas exist in Charlotte, and the group is not interested in building in those areas.

Twin Oaks values green living and sustainability. After three years of visiting intentional communities, I’m familiar with composting toilets. However, using them for a weekend versus the rest of our lives is a big ask for my black family members. Black home ownership is only 41 percent nationwide, and many of those homeowners are only a generation removed from outhouses and coal stoves. The idealism of having a smaller footprint feels like the goalposts still moving in capitalist America. Understanding the impact on the environment and being asked to sacrifice for the largesse of others is a choice that many black families are not ready to make.

Which brings me to food. Healthy eating is becoming more and more mainstream, yet many black communities exist in food deserts, where the healthiest options are snack food at the convenience store or salad at McDonalds. As anyone who has been to a black family reunion can tell you, black people don’t always eat healthy. When I visit communities that focus on vegan and vegetarian meals, I feel alienated and underfed. Living in community, I know that I would miss out on fellowship and friends if I choose to cook my own food or avoid mealtime because of my diet choices.

Another overlooked aspect of community living is division of labor. I admired Twin Oaks’ labor credit system that put all work, from laundry to accounting, on even footing. However, in capitalist America, black people are more often found working as the housekeeper than the secretary. My great grandmother was a nanny for white families, and my grandmother was a janitor at a textile mill. My mother worked as a teacher, and my sister and I were the first to go to college for professional careers. While intentional communities aspire to be colorblind in work assignments, unexamined bias about competence and education may lead to discrimination in work assignments. If human resources professionals still fail to avoid bias when looking at qualified candidates, I question whether an optimistic volunteer will critically examine their prejudices when doling out work assignments.

The final factor for black participation in intentional communities is income and access to credit. This is more obvious in cohousing, where each member is expected to own their own home, but it could still affect other communities that ask for a financial investment for starting or participating in community. In 2010, the average credit score of a black home buyer was 677, compared to 734 for a white home buyer. That difference equals hundreds of dollars in monthly mortgage payments, and, combined with the lower median income of black families ($20,000 lower), it explains why only 41 percent of black families own homes, compared to 71 percent of white families. It’s more difficult for black families to invest upfront in community-building.

How can intentional communities recruit more diversity? Twin Oaks has set a good example by hosting anti-racism training. All communities should educate themselves on implicit bias and white privilege and have a robust discussion about how it plays out in their lives. The communities should then reach out to local people of color who are familiar with the community and its members. They should ask for feedback and listen, which might be the hardest part. If you’ve felt a certain resistance to the ideas in the articles and feel the desire to defend your community, that’s a sign that you can spend more time listening. If intentional communities want to achieve social justice, they must make space for people of color and other minorities to speak. Some of the words spoken will be angry, but all of it will be what has been true for us. Ninety-nine percent of the time, that truth sounds alien to white communities. Instead of dwelling in guilt or defensiveness, find an element of shared truth and think about what you can do to move forward.

I believe the intentional communities movement is a way to change the world, but it can only change if the people who are drawn to it feel welcome and included.

Crystal Byrd Farmer is an engineer turned educator. She is the organizer of Charlotte Cohousing, supporting three forming communities. She is passionate about encouraging people to change their perspectives on diversity, relationships, and the world. She loves organizing meetups, teaching, and playing with her six-year-old daughter. As the owner of Big Sister Team Building, she leads team-building exercises and creates mobile escape room experiences.

One Reply to “Barriers to Diversity in Community”

Thank you for this information. I am part of a group living in, and forming more, faith-based intentional communities in Portland OR. We had a conversation last week about our concern that our groups didn’t include people of color. This piece will further our conversation.
There are many economic barriers in most alternative housing options that are exclusionary. We certainly have a lot of work ahead of us don’t we?