Maâ€™ikwe Schaub Ludwig has lived in intentional community for 17 years, and is currently a member of Dancing Rabbit Ecovillage in Rutledge, Missouri, where she is co-organizing its five-week Ecovillage Design Education course for 2013. She is also author of Passion as Big as a Planet, which looks at the relationship between self-awareness and effective earth activism. Maâ€™ikwe teaches facilitation and consensus with her husband, Laird Schaub, and has also offered workshops on starting communities, leadership, and spiritual activism. Contact her at maikwe.ludwig AT gmail.com.

Articles by Ma'ikwe Schaub Ludwig include: 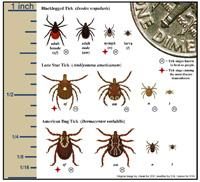 Chronic illness presents challenges but also gifts of insight to a long-time communitarian.

When assessing why a community is struggling to make decisions, we need to ask first how they handle conflict resolution, group-process training, and entrenched patterns.

More Perspectives on Leadership and Followship

The author identifies additional leadership skills, cautions against blind followship, and reflects on the many types of power in cooperative groups.

Twelve-year-old Jibran has always lived with fuzzy boundaries between “family” and “community.” They became even fuzzier when he came home to discover his mom’s positive pee test.

Throwing in the Founder’s Towel

After many years of dealing with the unique struggles inherent in starting a community, a community founder discovers her vision manifested elsewhere, and becomes a community joiner.