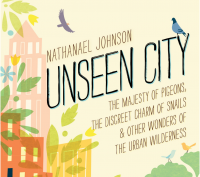 When Nathanael Johnson began taking his two-year-old daughter on nature walks in Berkeley, CA, he realized that he didn’t know the names of half the trees, bugs, and other creatures she pointed to. Even the most common urban animals – pigeons and squirrels – were a mystery to him. How did they manage to become so ubiquitous in the places that humans live?

His new book, “Unseen City,” takes a close look at almost a dozen species, including ants, crows, and snails, as well as plants such as the gingko tree and edible weeds. Johnson calls it “a guide to urban wilderness focusing in on a few city-dwellers so common that we stop seeing them.” He also explores some philosophical questions: to feed or not feed the pigeons? Why is “foraged food” associated with trendy restaurants, and not a skill we practice ourselves? 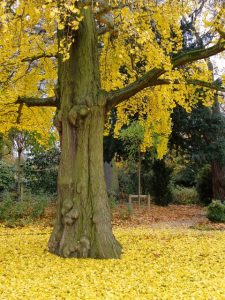 The book is a call for us to slow down and be more observant of the world around us. It’s also a reminder of how important it is to pass on our knowledge of the natural world to future generations, and how seeing nature through the eyes of a child can help us be more intentional about our place in it:

“When Josephine learned which [weeds] she could eat,” he writes, “this knowledge worked transformative magic upon her…. As a passive recipient of food, there’s no incentive for her to eat anything but the most pleasing flavors. But when she seeks out her own food, it produces a pronounced shift in cognition…. She grows intensely contemplative, pondering the challenging new flavors.”

Kevin Begos in the San Francisco Chronicle writes that, “‘Unseen City’ is a modern classic of nature writing, but also a moving story about learning to be a parent.”

Here are just a few of the things I learned from the book:

Check out the trailer for the book below or listen to Johnson’s interview at KALW!