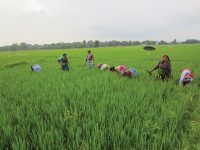 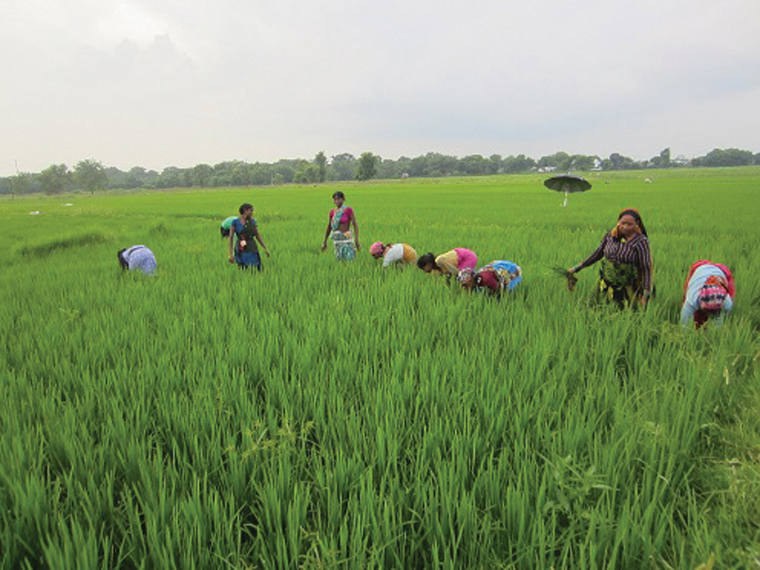 Editor’s Note: We offered contributors to this issue this prompt (among many others): “Robert Gilman has defined an ecovillage as ‘a human-scale, full-featured settlement, with multiple centers of initiative, in which human activities are harmlessly integrated into the natural world in a way that is supportive of healthy human development, and can be successfully continued into the indefinite future.’ How does (or doesn’t) this definition resonate with your understanding or vision of ‘ecovillage’?” The founder of Maitreya Mountain Village chose to respond:

Since 2008, Maitreya Mountain Village has defined itself as an ecovillage primarily using the yardstick of sustainability. Gilman’s definition of ecovillage is fine, but I find the terms “human-scale” and “full-featured” too nebulous and “harmlessly integrating” innocuous. I like that concise, pithy word, “sustainable,” overused, borrowed, and bludgeoned as it may be. It’s brassier. It raises the bar for our responsibility as members of the human race. A sustainable culture speaks to the depths of generations all the way to genetics and back to Genesis.

If you’re thinking I’m about to get up on my high horse and sing some kumbaya song or sermon, let’s get that out of the way. Whether sustainability is a difficult tune to dance to or not (I’ll get to that later), we’ve stumbled regularly since we began this project. We have not been, nor are we now, purists. But I have personally witnessed people move beautifully to the drumbeat of sustainability: the indigenous tribes.

Years ago, I had the good fortune of living amongst native Amazon tribes and also with the agrarian Nepalese. These pure of heart form the true sustainable communities on our planet. To me, their daily lives were a testimony and a template. In contrast to urban American life, the word that seemed most fit to describe their culture was “sane.” It was a breath of fresh air. My experiences there (among others) were profoundly influential and led to the creation of Maitreya Mountain Village.

At the time Nepal was the so-called “poorest nation in the world” yet I witnessed no signs of squalor. They were a happy people. While they made their clothes or baskets, while they farmed and foraged for food, both the Huaorani and Nepali people smiled often in conversation with each other and when they sang, too. When they were still and silent, I felt the peace within them. In a moment of indulgent imagination I pictured the tribesmen in our world, handing over their credit cards at grocery stores, obsessing over their iPhones. It robbed them of something.

My friend, author and eminent radical environmentalist Derrick Jensen believes that the only sustainable communities are the ones that resemble the indigenous ones, and he’s a vociferous opponent of civilization, inasmuch as it is defined as city life (civilization, from civis, meaning citizen, from Latin civitatis, meaning state or city). He posits that civilization and cities can never be an ethical or sustainable model for human society, largely because they denude landscapes (through mining, etc) to import resources to the high-density populations and inevitably lead to ecocentrism, human supremacy, slavery, and violence. It’s hard to argue with that but, as Derrick says, no one is really talking about it much.

Here at MMV, while we haven’t returned fully to the ancient ways, we’re talking about it and transitioning toward it. Let me tell you a few of our successes and shortcomings, at least as I contrast them with the practices of my more pure and native friends.

We do not make our own clothes, but we do buy them at thrift stores. Not my underwear, though. Nope. Straight from the evil corporate behemoth Walmart (one of a few “big box” stores that are the only options in our remote area), and probably and unfortunately made with child slave labor, seven thousand miles away, or something like that. Darn it.

Our living systems combine livestock, forage, horticulture, and permaculture, producing much of our own food, but we still shop at Safeway twice a week through the winter (even though we could produce 100 percent of our own food). Non-organic and even GMOs work their way into our diets sometimes. It happens.

The mountainous landscape is advantageous in that it allows us gravity-fed water systems right from our springs. Still, the water runs into polypropylene storage tanks and PVC plumbing. Alternatively, we could make our own watertight containers and carry water up from the rivers.

Rainforests here love to grow mushrooms and we recently hosted an educational community mushroom foray/walk with over 30 people registering—it was marketed entirely on Facebook and email. It’s not what the Huaorani do. Oh well.

I use concrete, a chainsaw, and a few weeks ago, we actually installed a satellite internet dish. We’re still questioning whether this is really right (for us). But for now, e-commerce is part of how we participate in the cash economy, so we can pay our car insurance and property taxes. Those demands are real. But seeing someone staring motionless into a rectangle, absorbed by its flickering dots, seems out of place here. I imagine that WE may be robbed of something.

We’re not the only ones who make compromises to integrate homesteading-permaculture protocols into (mainstream) market-monetary economy. Bill Mollison and Sepp Holzer, icons of the permaculture movement, made such compromises, fully acknowledging the virtues of heavy (fossil fuel) equipment, like excavators and bulldozers. At least we’re in good company there. But I would be intensely interested as to what Henry David Thoreau (my mentor and hero) or the Huaorani chief would have to say about chainsaws, bulldozers, and a sustainable culture. What a conversation!

No matter how I look at it, we still don’t measure up to the tribes. For now. I long for their purity of heart, their unwavering social responsibility and integrity. But I do not apologize for our compromises. I am OK with keeping one foot in the door of mainstream pragmatism and one in the door of a radical idealism. I am hoping to connect the two.

Our area here in the very north of California is rich in its own native history—home to the Tolowa, Yurok, and Takelma tribes, whose presence is felt even today. They collected and processed acorns as their staple food from the plentiful supply of tan oak trees. We follow in their footsteps, and participate in the community acorn festival in October.

MMV honors ritual as the native peoples do. I recall that the Huaorani woke every morning about 5 a.m. to share about the dreams they dreamed. Ritual keeps community together. MMV members practice Heart Club once a week, sharing feelings, hopes, fears, gratitude, whatever is alive in us.

There’s so much to do, not only to “save the planet” but enjoy the fruits of community the old-fashioned way—by returning to a land-based culture where people think in terms of cultivating a relationship with their environment and caretaking it for generations, even centuries. I feel enlivened by the idea (and we’re doing it with fig trees) of planting shade trees which we will never sit under.

I truly believe that sustainable culture and community is making a grassroots comeback. People from all walks of life are deeply drawn to it—I think they can feel the need for this change in their bones. So many of us feel disenchanted with the unsustainable precisely because we are all hardwired as humans to live in community, with real connection to other human beings and the living environment that surrounds us.

Transitioning both as individuals and as communities, we can look to the indigenous tribes for guidance on how to get there. But these truly sustainable, traditional ecovillages are dwindling fast. There are only about 150 million tribal individuals left worldwide, less than two percent of the world population. But as their contemporaries, we neo-ecovillage peoples can carry the torch forward. As the unsustainable machinations fail and fall away (by definition, they have to), we can consciously transition into a sustainable, better world by building bridges from our modern knowledge to their ancient wisdom.