The Value of Community: What Defines Success? 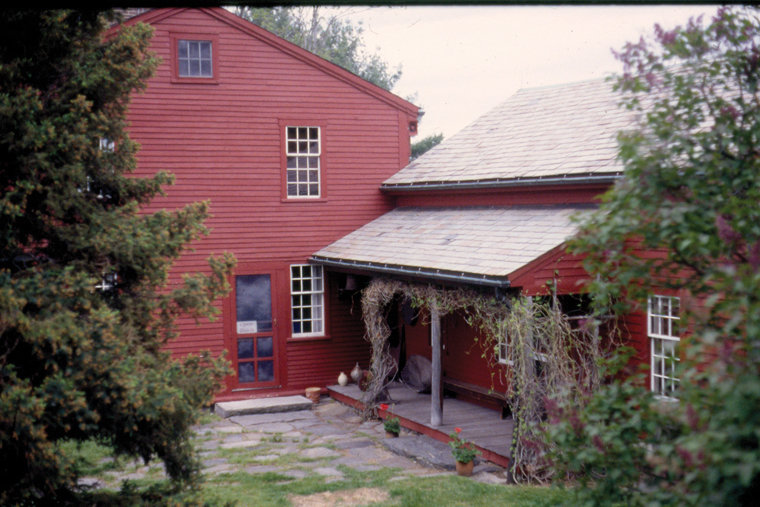 When Rosabeth Moss Kanter conducted her research on commitment mechanisms in 19th century utopian societies for her book Commitment and Community (1972), she classified groups as “successful” and “unsuccessful” based on their length of existence. For Kanter, a group had to last for at least 25 years to be labeled successful.

Certainly, long-lived communal groups have a great deal of useful information to share. They can teach us how a community maintains its vision for the long term, remains economically viable, retains members, outlives the founders, and sustains relationships. But should longevity, alone, be the defining measure of success? Conversely, should short-lived intentional communities be viewed as failures?

In the mid-1990s, I traveled from Florida to Alaska for Professor Tim Miller’s 1960s Communes Project. My job was to interview people who lived communally in the ’60s and ’70s and to visit intentional communities still in existence from that period. I quickly learned that the length of time my interviewees lived in intentional communities wasn’t correlated with their sense of identification with, and feelings of fondness toward, these communities. Often the people who were the most eager to speak with me were those whose communal experiences were the shortest. One interviewee traveled many miles to talk at length about a group that, nearly 30 years earlier, he had belonged to for a few weeks. Another had written a book-length manuscript about a group that had lasted for a couple of months.

What became clear to me was that the experiences of my interviewees were deeply meaningful and life-changing, regardless of their length. These experiences often impacted their life trajectories in profound ways—the careers they chose, the people they lived with, the groups they joined, the political and social issues they fought for, the way they spent their money and their leisure time, the way they raised their children. They continued to seek involvement in cooperative ventures—food co-ops, buying clubs, alternative schools, barter systems, and more—and deliberately chose occupations that aligned with values related to cooperation and sharing. And many of them expressed the desire to live communally again in retirement.

These feelings rang true to me. Over 30 years ago, I spent over a decade living in a series of cooperative living arrangements. While each group was interesting and memorable, one stands out as particularly formative. We pooled our money to pay the rent and buy our food—cooking and eating together each night at a rickety picnic table in the dining room of our run-down farmhouse. We hung out together—listening to music, talking about current events, walking the dog, bicycling, watching movies, gardening, laughing, crying, and sharing the ups and downs of our lives. Then, after a couple of years, we gradually went our separate ways. There was no big breakup. We simply had opportunities and interests that took us in different directions.

Despite our short time together, this experience taught me how much I loved sharing life with others in deep and intimate ways. From there, I sought experiences that strengthened relationships with the people in my life and that allowed me to practice my cooperative values. Although I went on to live in a nuclear family, I became a board member of my food co-op, started a dinner co-op, joined a credit union, joined a parent participation preschool co-op, continued my involvement in the FIC and the Communal Studies Association, and incorporated information about intentional communities in the courses that I taught. Without having lived cooperatively, albeit for a relatively short time, I don’t know that I would have sought out these experiences—at least not with the same level of passion and commitment.

My experiences and those of my interviewees are not unique. When examining the history of communal living, it is easy to find examples of short-lived communities that had lasting impacts on their members and the larger society. Robert Owen’s New Harmony is a striking example. New Harmony lasted only a couple of years (1825-1827), yet it is arguably one of the best-known historic utopian communities in America. Countless scholarly publications have been written on New Harmony and its impact on the natural sciences, public education, public libraries, workers’ rights, women’s rights, the abolitionist movement, architecture, and more. Robert Dale Owen, Robert Owen’s son, and Frances Wright, abolitionist and founder of the Nashoba community, spent years working for social reforms that were influenced, at least in part, by their experiences at New Harmony.

Donald Pitzer, professor emeritus and former director of the Center for Communal Studies at University of Southern Indiana, developed the theory of developmental communalism to explain how an organization or movement does not necessarily end when its communal period dissolves. Rather, Pitzer noted that communal groups may evolve into new forms of association or otherwise continue to impact society beyond the end of their communalism. The Amana Colonies, for example, ended their communal phase in 1932. However, they have carried forward some aspects of the communal era to the present day, such as the distinctive Amana Church and land that is collectively owned by the Amana Society. As scholar Jonathan Andelson has noted, burial in Amana cemeteries still proceeds in rows by order of death, not in family plots, continuing to emphasize long-held values of simplicity and equality.

In a chapter on developmental communalism in the book The Communal Idea in the 21st Century (2013), Pitzer describes how experiments by 19th century utopian communities in universal education, democratic governance, and equal rights helped to bring about reforms in these areas in the 20th century—though the communities often did not last. Similarly, Pitzer points out that the communes of the 1960s have shaped “major features of world culture in the twenty-first century.” Many of these communities, of course, were short-lived, but Pitzer notes that “they pioneered changes in eating habits and health care and made commitments to tolerance and spirituality, equality and justice, peace and love that have helped move the world toward multiculturalism, gender equality, interfaith dialogue, and peace initiatives.”

In a recent book, We Are As Gods (2016), on the 1970s back-to-the-land movement, author Kate Daloz describes how intentional communities from the ’70s, even when short-lived, continue to influence practices and products of today. As examples, she points out the popularity of natural food stores and organic products, along with the now-mainstream brands of Celestial Seasonings, Cascadian Farm, Stonyfield Yogurt, and Tom’s of Maine. In her words: “Every last leaf and crumb of today’s $39 billion organic food industry owes its existence in part to the inexperienced, idealistic, exurbanite farmers of the 1970s, many of whom hung on through the ’80s and ’90s, refining their practices, organizing themselves, and developing the distribution systems that have fed today’s seemingly insatiable demand for organic products….Every mixed greens salad; every supermarket carton of soy milk; every diverse, stinky plate of domestic cheese; every farm-to-table restaurant, locavore food blog and artisanal microbrew has a direct ancestry in the 1970s’ countercuisine.”

Daloz allows us to see that the back-to-the-landers and the intentional communities they built, even if they didn’t survive for long, offered something valuable to their members and to society. She emphasizes this point through the words of a 1970s communitarian: “Just because we didn’t end up with what we thought we were going to end up with doesn’t mean we ended up with nothing. We ended up with something else. Which is beautiful.”

In 2013, three women in Pittsburgh published a book, My House, Our House, about their experience with cooperative householding. In the book, they chronicled the joys and struggles of living together and offered a plethora of how-to information to help those wanting to do the same. Their home-sharing experience ended two years after the book was published and 11 years after they moved in together. But the women do not view the experience as a failure. On the contrary, they view it as a successful venture that met their goals. The experience also allowed them to teach others about how to make a cooperative household work—not only through their book but through their website, blog, numerous presentations, and even an interview on the Today Show with Jane Pauley.

When they started their household, they made an explicit agreement to stick together for five to 10 years—and they made it one year past the long end of that agreement. Not only do they remain friends and look back fondly on their time together, but two of them went on to live together in a different city. In a blog post, they wrote, “We can confidently tell you that it is possible to disband a shared living arrangement in an equitable way that preserves the friendships—no, more accurately, the LOVE—that grew in our home for 11 wonderful years.”

In her book Commitment and Community, Kanter described commune seekers of the hippie era as “children of the affluent who dislike school and feel that they have no place else to go. It may be only a temporary episode for these people, a year out of their lives.” A year, perhaps. But a year can be pivotal. A year can be life-changing. The value of an intentional community to its members and to society cannot be determined by the mere passage of time.

Deborah Altus lives in Lawrence, Kansas. She is a professor at Washburn University, a board member of the International Communal Studies Association, and former member of the editorial review board for the FIC.

2 Replies to “The Value of Community: What Defines Success?”

Upon further reflection, it occurs to me that many people harbor negative stereotypes of “organized religion,” and sometimes of the people who participate therein. I would like to recommend a breezy but meaty little book, “Original Blessing,” by sociologist Rodney Stark of Baylor University.

Stark assembles a large quantity of research data that shows, for each major socioeconomic class, that the stereotypes are exactly opposite of reality. Participation in conventional, organized religion appears to facilitate the optimal functioning of the human organism. Even I was surprised. No wonder religious communities flourish longer.

2. Since we know some of the factors that are most clearly associated with community longevity, why doesn’t every community make use of these?

More specifically, there is probably no factor that correlates better with community longevity than a shared theological faith. So why do we not see more communities founded on a common faith? That would be “doing what works” or stacking the odds in your favor.

Even more specifically, I would argue that, by the criterion of longevity, by far the most successful intentional community experiment in recorded history has been the Hutterites; and, to prove they are not a fluke, or that their origin is not due to some irreproducible historical accident, a German proto-hippy youth movement in the middle decades of the 20th century copied them, and even though they did not do so exactly, the resulting group, the “Hutterian Brethren” (not in communion with the three older Hutterite bodies) remains today a “going concern.”

So why are the Hutterites not regarded as the default starting model for most intentional communities forming today? That just seems to glaringly obvious to me. It is “doing what works.” Yet their example, after 400 years of continuous success, seems to be ignored by every community that forms today. Instead, today’s communities seem to be inspired by the baby boomers’ “hippy” communes in the 1960’s/70’s with their 90% failure rate. Frankly, I’m puzzled.