The Paralysis of Racism in Social Change Groups 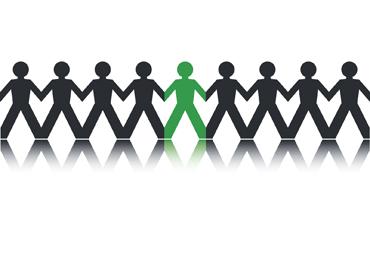 This article is adapted from “Laird’s Commentary on Community and Consensus” blog entry of November 10, 2011, at communityandconsensus.blogspot.com.

In the last week, I was twice in conversations—with two completely different groups, mind you—about how to navigate tense dynamics where a person with minority race bloodlines encountered resistance to what they were bringing to a predominantly white group, and immediately claimed racism—charging that the group was responding prejudicially to that person because they weren’t white. As both groups were explicitly committed to racial nondiscrimination, this development did not calm things down. The people I talked with were in anguish about how to proceed.

From the minority perspective:

In both of the presenting situations, that person was simultaneously a minority by race (a constant) and a minority in what they are thinking or how they are behaving (which was specific to that moment). It’s not necessarily clear why their idea was not met with enthusiasm. How can that person discern if a particular moment of resistance is about racism, about an unpopular idea, about an uncomfortable behavior, or all of the above? This is not a simple analysis.

From the majority perspective:

Racism is a real and virulent disease. It’s hard to know the full extent that it has infected a given culture (and hard to know when you’re free of it). What’s more, people in privilege are the least likely to be sensitive to the infection. Thus, even when you believe yourself to be consciously clean, it’s probably prudent to retain some residual skepticism—to be open to the possibility that you’ve missed a spot (or two).

In the wider culture, we learn to fight (or manipulate) in order to get our way. One of the reasons people become bullies is because this strategy often works. That is, people will often back down rather than fight back. This is even more true in groups committed to cooperation, as it’s especially odious to be in locked in a confrontational exchange—one of the very things you are trying to leave behind in choosing cooperation over competition. When you add white guilt into the mix, it’s fairly easy to see how effective a charge of racism may be in stalling opposition amidst a group of whites. It’s like shooting everyone with a taser.

Because they’re deeply experienced in having their viewpoints discounted or suppressed (racism is a real thing, folks), some minorities learn to do whatever it takes to that get their viewpoints more seriously considered in a majority context. In the context of resistance, they’ve learned to push harder. While they know they aren’t “being nice,” they’ve learned that nice doesn’t work. Nice can, in fact, be seen as one more form of white oppression (velvet handcuffs).

Given that minorities are used to whites being in denial about racism, resistance to charges of racism is often seen as prima facie evidence that the charge is true—even before anyone has examined the substance of the claim. It gets messy in a blink.

In both of the examples that were given to me (in each instance I was hearing the story from whites, not from a minority person), it appeared that there were ample ways to explain the resistance without relying on racism as an underlying factor. While that doesn’t prove that racism wasn’t present, neither was it obvious that it was. When my advice was asked about how to proceed, I had several things to offer about how whites might respond:

• If possible, try to acknowledge that for the minority person the dynamic feels like racism—something they’ve undoubtedly become sensitized to. Even better, try to acknowledge how awful this must feel. Try to connect with them emotionally, even if you don’t think you’re doing that bad thing. Note: I’m not pretending this is easy (authentically acknowledging someone else’s hurt when you feel wrongly accused); yet this can be especially effective at diffusing tension if you can do it.

• If you can manage it without a charge (coming from a place of curiosity rather than defiance), ask the minority person why they thought that racism was occurring (essentially, “What indicates to you that you’re being responded to differently by virtue of race?”).

• Take time to look for defensiveness about the charge among the whites, and consider the ways in which that might legitimately be an element in the dynamic, even if you don’t think it’s the whole story.

• Don’t be daunted by the racism claim from articulating what you don’t like about what the minority person is saying or doing. It ultimately does no one any favors if you pull your punches and analyze statements or actions from minorities less carefully than you would the same things coming from whites (reverse discrimination).

• If things go productively, you can take this further by asking the minority person how whites can disagree with them without triggering claims of racism. You may or may not like the answer, but at least it will be an opening to a more nuanced choreography the next time you’re all on the dance floor together.