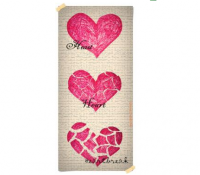 Parenting in a Community of Friends

Orinda* is a community of about 100 individuals in California. We live in the hills above the city, on a ranch we own. There are roughly 20 children under the age of 13, and we have our own elementary school to educate them before they graduate to public high school in the larger community. While Orinda grew out of a shared ideal among a group of friends who were interested in a more honest and meaningful existence, it was not “intentional” in the beginning, but an organic outgrowth of a number of people with similar priorities: individual expression, emotional freedom, gender and age equality, honesty, harmonious households, psychological independence from early programming, personal growth, and a shared sense of adventure. That was nearly 40 years ago now, and to keep it going, it has evolved with intention, as well as affection and love and struggle and pain. It is more a very large extended family of friends than a purely functional intentional community, and it has been my home and my “family” since I was six years old, despite an eight-year stint in college and graduate school in the 1990s.

In 2006, my son Aaron was born. My choice to have a baby was a major departure from my earlier stance against procreating. But as I got l older, it became something that really mattered to me, and when I was 35, I gave my long-term boyfriend an ultimatum: “We start trying to have a baby by the time I turn 37, or I will leave you and find someone who will give me a child.” It took him a few months to decide he wanted to share this with me, but he did, and I had Aaron four months before my 37th birthday. He turned seven in April. He calls me by my first name, shares a bedroom with two boys who are cousins with each other but unrelated to him, and besides me and his father, he has two other women and two other men who care for him as if he were their own. He’s never lived in a nuclear family situation, and this is something I love about his world.

As for myself, I could just as naturally say “I’m a superhero” as I could say “I’m a mother.” When it comes to identifying as a mother I feel like I’m playacting, just as I did as a little girl playing Super friends with the other kids I grew up with. It might be my temperamental allergy to labels and roles, or it could be that as a child of community, my relationships with my own parents and my own child are too complicated to fit into the stereotypical images that these labels invoke. In conventional society, I avoid the subject as much as possible, and when occasionally I find myself “checking-in” as a parent at my office with conventionally minded coworkers, I feel like a fraud. That said, I actually do perform a fair bit of “mothering”—just not usually with my own kid.

My friends Hugh and Jeannie have a daughter named Lucy, the same age as Aaron, and for whatever reason, she and I click. The same with the other girls around Aaron’s age, and I have a strong attachment to all of them, as if they were my own kids. It turns out I’m a better “mother” to girls than I am for boys, and I spend more of my caretaking hours with the little chicks of my community than I do with the little clucks. When I am out and about in town, it is more likely to be a friend’s daughter who accompanies me than it is my own son. People assume she is mine, and I don’t correct them, for in many ways, she is just as much my child as my natural born son. Except sometimes things don’t work out the way we expect.

When I started writing this essay, it was April, and Aaron had just turned seven. The week after his birthday, two of the young people in our circle of friends got married in a big celebration on a farm in a different city. It was a big party, and nearly everyone we live with drove the five hours to join in. I brought two of the little girls to the wedding, and Aaron came with Joshua, who has been one of his primary caretakers since he was born. It was a joyous party, and one of the neatest parts of it to me was the easy flow of all the children and the adults, and the feeling of family among friends. I felt close to Lucy especially, and little details of our interaction that evening stand out to me now: reigning her in when she got hyper, removing a splinter from her finger, helping her find her discarded sweater when it got chilly, putting her to bed at the end of the night. Her father Hugh was at the party, but he had never been that involved in her day-to-day care, and she naturally came to me for what she needed as the “parental” adult in attendance. What I didn’t know that weekend was that it was one of the last times I would get to put her to bed.

Hugh and Jeannie and I have been friends since I can remember. In fact they are both half a generation older than I am, so when I was a little girl, each of them were my sometimes caretakers. Hugh taught me how to drive. Jeannie used to mend my clothes. Their relationship was a more recent development than the years I have known them: a third marriage for Jeannie, and a second marriage for Hugh. It had ended four years ago, when Lucy was only two. Both Jeannie and Hugh, having been longtime members of the community, stayed around, and it seemed to me they would always be here.

This illusion was shattered for me the first week of May, when Jeannie and Lucy moved off the ranch unexpectedly. When I thought about how things had been going for Jeannie over the past few years, it was no surprise to me that she would make the decision to move out, but I was still unprepared for the emotional shock of losing the day-to-day contact with a child I had cared for since she was born. Jeannie was no longer happy living in a communal setting, and over the past few years, she had been isolating herself more and more from many people who had been her lifelong friends. Of course this was challenged by some of them, and more and more often, Jeannie would end up at odds with one or another person. So, when I put myself in Jeannie’s shoes, it made sense for her to leave.

However, from Lucy’s point of view, it seems a cruel choice to have made. Lucy has gone from being enmeshed in an ideal children’s world—living with her friends on a ranch in mountains and having a rich set of adults to turn to for any of her needs—to living in a tiny two bedroom apartment with her mother. Her father has visitation rights, but Jeannie is controlling how much time he spends with her, and also where they can go, who else Lucy can spend time with, and every other aspect of Lucy’s life. Anyone who was in conflict with Jeannie is off the approved list. I happen to be approved as a person to watch Lucy, but my boyfriend is not, so if I want to see her, I have to carve out an hour or two to spend in town, completely outside of my normal life. This is not something I can explain to Lucy. I have made the effort several times, but the whole experience is surreal and makes me feel awful. And there is nothing I can do about it.

I feel Lucy’s absence in my life profoundly. I miss her. When I spend time with Lucy, she seems OK, though she complains to me about being bored in the apartment, and she keeps saying, “It’s SO small!” when we talk about it. I can’t imagine making the choice that Jeannie did. If I found myself unable to live within the context of my Orinda family, I might decide to move out. But from where I currently stand, I cannot imagine ripping Aaron away from the life he has known his whole existence, even if it meant being separate from him. Jeannie has her reasons and I know I shouldn’t judge her, but it still makes me mad.

●
*Orinda is a pseudonym, as are all the names in this story. Names have been changed to protect people’s identities.
Filed Under: All Blog Posts, Communities Articles, Issue 160, Life in Community