Off-Grid, and In Community: ’Tis Easier to Find than to Found 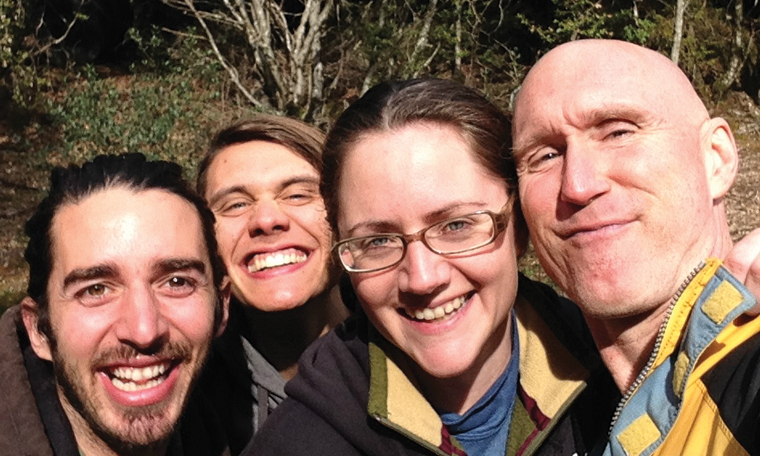 I had no epiphany or precipitating event that sent me out of the suburbs toward off-grid life. As it has been said: “The day came when the risk to remain tight in a bud was more painful than the risk it took to blossom.” I think that’s what took place, except that my edit would read: “A time came when it took more energy for me to stay in ‘the system’ than to leave it.”

Probably aside a grocery list or a refrigerator note to my kids, I penciled out a few mildly appealing steps to acquire some land and do what Henry David Thoreau suggested I do. “Simplify, simplify, simplify,” he said, and “I wanted to live deliberately.”

Soon I found myself signing a deed on a 160 acre plot in California’s Siskiyou Mountains—an unlikely parcel for the endeavor of creating an organic farm and community. It was densely forested with steep, rugged terrain. I had never started a chainsaw in my life. Never grown a tomato. I had never known community at all, living alone for the lion’s share of my days, avoiding roommates as often as possible. I just knew what I wanted to do and who I wanted to be.

Seven years later, with two handfuls of calluses, eight buildings, orchards and gardens, five full time members plus wwoofers and interns, and a bank account that perpetually hovers about zero, I confess that I have learned a few things. Starting from scratch was a massive and often overwhelming task. I do not exaggerate when I speak of 70 hour work weeks during the first few years. I began to see everything around me as an unfinished project (and sometimes still do) as the land was transformed from beautiful, raw native forest to a construction site. One can learn to ignore, as best they can, material piles, slash, and clutter. Not many show up when it’s like that, so mostly you’re on your own. When it all comes together and starts to look more polished, more like a retreat, that’s when more people take interest.

From inception to today, I’ve always been a little surprised at the shine people take towards the subject of off-grid living and community. I suspect few of them are willing to actually make that leap, but they’re still quite interested, even intrigued, which seems to be something of a zeitgeist. Amongst wwoofers, interns, and visitors of all kinds one of the most common sentiments expressed is an ardent desire “to start their own thing like this.” I understand the appeal.

But I often recommend against them “starting their own thing,” mostly because that’s what too many want to do. I appreciate my fellow dreamers and drivers, and yet I see the movement (and I definitely see a movement gaining way) getting a little ahead of itself. Isn’t it the case of too many chiefs and too few Indians? Too many head chefs in the kitchen, captains on the ship…pick your metaphor.

People in the West need to learn to work together again, co-creating a new existence even as the old system fails, and one of the most important steps in replacing the old paradigm is the abandonment of our rugged independence. I hear that independence in their enthusiastic voice even while speaking of community ideals, and I shrug a little.

Excepting of the two wonderful children I have raised into this world, my most satisfying achievement has been to integrate my life into a landscape, build something special with people and the earth. But would I do it again the same way? Actually, no.

I didn’t mind the blood, sweat, and tears, nor the long hours and messes that came from starting from scratch. And while I am pleased to have been a part of creating something grand and beautiful, I think now the opportunity cost could have been too great and my priorities sometimes upside down. Knowing what I know now about finding true community and a healthy, potent place in the world, I would do it differently. If I had to do it all over again, I would probably search for an existing, congruent community that works, and find a place for myself there.

Nearly every day something at our mountain village reminds me that co-creation trumps individual vision. Applying the principle on a larger scale: if everyone were primarily focused on cooperative culture most all of the world’s problems would vanish, while the every-man-for-himself M.O. hasn’t been working out so well. While this country will indeed need more community places, I try to steer most of the idealistic visionaries in the direction of first joining the collective, because I believe they will find a more humbling and empowering purpose in becoming part of something bigger than themselves.

One Reply to “Off-Grid, and In Community: ’Tis Easier to Find than to Found”

Thank you for your article. I enjoyed it and can attest to the long hours of forming community on such a large property. I helped run a cabin resort on 160 acres in California in addition to building community for just under 2 years and it was probably more like 90 hours per week!

I noticed that your hotlink is misspelled (maitreyamountanvillage.com) and it directs the person clicking on the link to another website other than yours- which is a bit confusing.

Please make this change (maitreyamountainvillage.com) for those of us who would not otherwise notice this. Thank you.