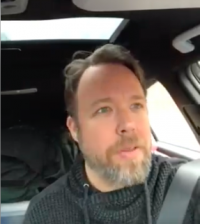 In Community, On the Road – Dispatch #1 – The Journey Begins 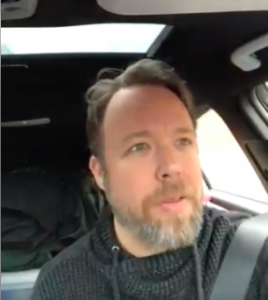 On March 1st I left my home of Twin Oaks Community and hit the road. I’ve been the Executive Director of the FIC for over 3 years now, and while Twin Oaks has been remarkably supportive and conducive in many ways, it’s also been limiting. I’m heading out to be an agent at large for intentional communities movement, reporting from the field.

I plan on spending 2019 crisscrossing the country, visiting different communities and projects, and going to events where I’ll be presenting or helping with production. 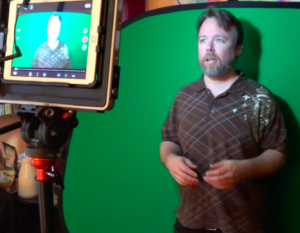 I’m really excited to be out in the movement full time. The FIC and other partner organizations have a lot of exciting projects brewing. I’m looking forward to spending more time creating video content (please check out my latest video, What Makes an Intentional Community Successful?), writing, and engaging on social media.

This movement is ready for a big leap forward. It’s ready to grow and have a much bigger impact on the world, and I want to do everything I can to support that.

On the first day of my journey I drove to Greensboro, NC, and had lunch with Ed Whitfield. Ed is on the Board of Directors for the New Economy Coalition, of which FIC has been a member for the last 3 years, and I first met him at their conference, CommonBound, in 2016, where he expressed an interest in Intentional Community. I saw him again at that year’s NASCO Institute, where he was the keynote. I specifically remember him talking about reparations, and the need to look at it from outside a capitalist context. The idea I got from him is rather that cutting people checks and sending them out into consumer capitalism, tell them good luck, we need to restore access to the resources they need to sustain themselves. I spoke with him again, and got him to agree to come to next year’s Twin Oaks Communities Conference as the keynote. 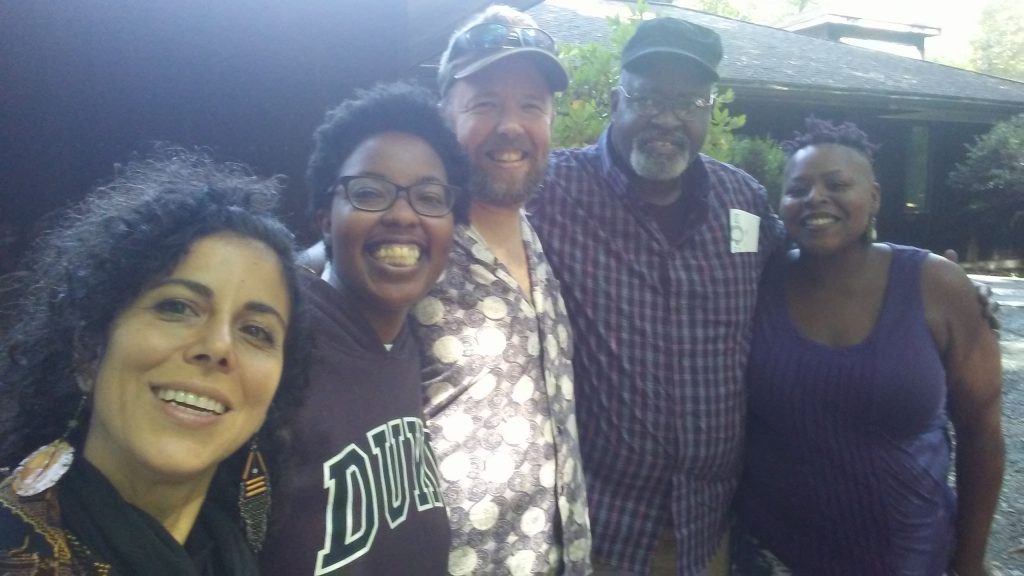 From left to right, Marissa Ashkar, Crystal Byrd Farmer, Sky Blue, Ed Whitfield, Brandi Mack. These were some of the amazing presenters that made the Twin Oaks Communities Conference 2017 theme of Inclusivity and Social Justice a meaningful exploration.

When he spoke at Twin Oaks, the thing I most remember was him talking about the need to move beyond “rights” to “power.” I can go out into the woods here, he said, and scream all I want about my right to housing, but if I don’t have the skills and the access to build myself a house (or be part of a self-determining community that can help me build a house) it doesn’t mean a whole lot. That same conference, Brandi and Marissa from the People of Color Sustainable Housing Network, spoke about moving beyond “diversity” to “liberation.” The idea, as I understand it, being that diversity is only meaningful if I can recognize that we are all in bondage from patriarchy/white supremacy/capitalism, and that my liberation as a person of privilege is tied up in the liberation of oppressed and marginalized peoples, and that liberation must be a collective liberation.

Ed sent me an article he wrote titled, What must we do to be free? On the building of Liberated Zones. If you’re interested in the potential of intentional communities as agents of social transformation, this is a must read. Ed invited me to write a response to the article, which feels like quite an honor. As we ate lunch we discussed ideas on how to create a national network to galvanize resources to permanently remove land from the speculative real estate market and put it into community control. We talked about the barriers and challenges in creating liberated zones, which we agreed are multitudinous, but that one of the keys is to be honest about what we’re doing and learn from our mistakes. 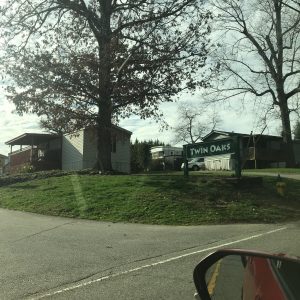 Ed works for the Fund 4 Democratic Communities, and also sits on the Board of the Southern Reparations Loan Fund. When I told Ed I was heading towards Asheville, NC, and he mentioned the community of Emma, where there are mobile home parks that have been getting support to organize resident ownership, have been organizing against ICE raids to protect the large latinx population there, and have been developing a vibrant social-culture. Check out this website.

When I drove through the area I was blown away. I saw maybe a dozen mobile home parks, with probably at least a couple hundred homes all together. I imagine this is more common than I was aware, but I hadn’t seen anything like it before. As I drove around, I came across a particular community, which I found amusing for obvious reasons. But this to me was a perfect example of some of what I’m trying to get across. If we boil down intentional community to its quintessential aspects, broadening our conception as much as possible while still making clear the distinction, there are lots of manifestations of intentional community that we don’t usually recognize, and so much more to learn if we do.

My first two nights on this trip were spent at Maker Circle, an artist retreat center run by long-time communitarian and Development consultant Susan Patrice. Many thanks to Susan for providing some comfort at the beginning of a long journey!

Next up, Earthaven Ecovillage!

2 Replies to “In Community, On the Road – Dispatch #1 – The Journey Begins”

I discovered that you can move around in the series by changing the url in your browser. Just change the number and erase the rest:

for the next installment, for example

It would be helpful to readers if there were a link that led to the next installment in your series. You could add a link to the last line of your story (‘Next up, Earthaven Ecovillage!’), or have ‘next’ and ‘previous’ links at the top, for example.