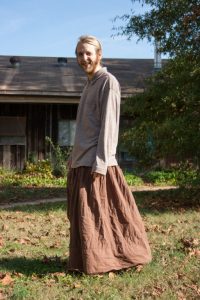 Gender-Bending on the Commune 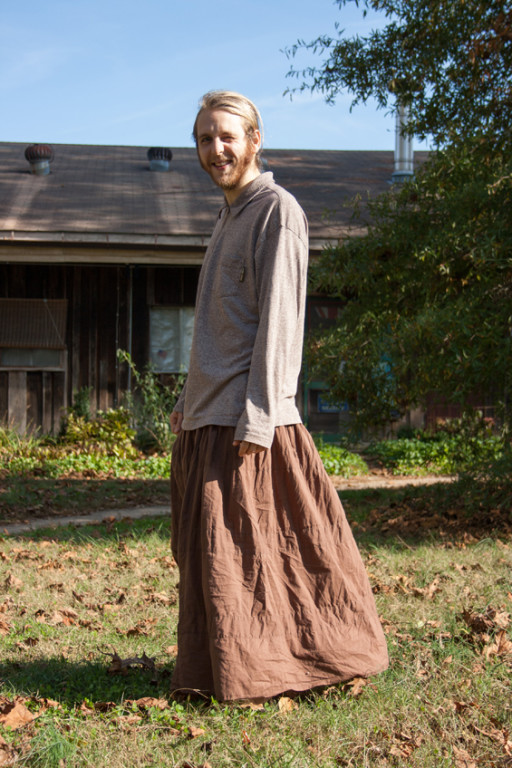 As a self-identified feminist ecovillage, Twin Oaks (Louisa, Virginia) definitely has gender as a social construction on its radar. Many aspects of our culture reflect this, from the work we’ve done eliminating gender bias from our labor, to the way our egalitarian values blend seamlessly with a feminist approach to life, and also including the experiences that the community has had with transgendered people and the experiences that they’ve had with us.

For people who want to delve more deeply, a lot of information about gender at Twin Oaks is available on our webpage, specifically in our online newsletter from Spring 2013 (www.twinoaks.org/leaves-of-twinoaks/leaves-pdf-archive.html). Meanwhile, here is a glimpse into several aspects of gender on the commune.

● Our Gender-Neutral Pronoun “Co”: This is used when the gender of a person is irrelevant or unknown, as in, “Each week, every member should turn in co’s labour sheet so that the Labour Assigner can get all the jobs covered.” It’s much less unwieldy than her/his or even s/he. Also handy for thickening the plot in conversations like, “I hung out with a special someone last night, and co wants to spend more time with me” (effectively doubling the number of people that this might mysteriously be referring to). We use this word in policies and also to some extent in daily life, sometimes somewhat facetiously and at other times genuinely. The grammarians among us get antsy when people start using phrases like “Each co should…” (using a pronoun as a noun) and often a lively grammar-geek conversation ensues.

● “Addressing the Dress”: This is a policy we adopted for our Saturday Tour guides. Each weekend we offer a tour for the public who want to learn more about the community, and sometimes male members of the community who are giving the tour happen to be wearing a dress or skirt. (At Twin Oaks, men as well as women wear dresses and skirts for comfort and fashion during warm weather.) For us this is normal, but we are aware that for many of the people who come for a tour, it is not. And so if a Twin Oaks man is giving the tour and is thusly attired, he must “address the dress,” and consciously explain to the tour group that at Twin Oaks, our culture does not limit this style choice to female-bodied members, and that we’d prefer all members be able to be comfortably attired instead of having to adhere to an arbitrarily-imposed fashion norm

● Our Shirtlessness Norms: Virginia gets very hot in the summertime, and some people would like to take off their shirt to be cooler. In the mainstream, it is socially acceptable for men to do this but not women. We would prefer not to incorporate this gender bias and male privilege into our lives, and so our Nudity Policy (yes, we have one) states that at the times and places where it is acceptable for members to be shirtless, this applies equally to women and men. However, we don’t want our mail carrier or UPS delivery person to be uncomfortable and so in the generally public areas of the community, both men and women need to wear shirts, and in the more sheltered areas, both genders are free to be shirtless.

● The Collective Menstrual Calendar: In our main dining hall, on the wall of the bathroom, each year a member creates a beautifully artistic menstrual calendar. In addition to the wonderful artwork on it, it is large enough for a square for each day of the year, and every menstruating woman can write her name on the day that her menstrual cycle starts each month. This is one way that gender intersects with our alternative culture—in the mainstream, this information would not be considered suitable for public sharing. For us, it is both a convenient way for women to track their cycle, and a fun art installation as well, without stigma around its subject matter. Although it is true that when it was first proposed, we had one member who was in general quite vehemently opposed to gender-segregated activities of any type, and who made an alternate suggestion that we post a “masturbation calendar,” which both genders would be equally able to participate in. While many members appreciated the humor in this (mostly-facetious) suggestion, nothing ever came of it.

● Homemade Edits of Kids’ Books: This is a familiar scenario to progressive and radical caregivers everywhere—you’re reading a book to a child, and as the story unfolds, you realize the gender biases that are woven into the plotline, and find yourself starting to change pronouns to model a more eclectic reality. A group of Twin Oakers wanted to take a more direct approach, and so, wielding a bottle of white correction fluid and a pen, they methodically went through our children’s books, and altered the gender and features of some of the characters with relation to who was the farmer and who was the nurse, changed select “Mrs.” and “Mr.”’s to “Friend” (we do not use honorifics at Twin Oaks), and generally enjoyed re-imagining the storylines created by various authors.

Coda: I was just about finished writing this article when my four-year-old god-daughter came by my desk, and saw the current Communities magazine (Youth in Community, Fall 2013), the cover of which features a child with blue eyes and shoulder-length reddish hair. She commented on it, asking, “Is that boy eating popcorn?” My partner and I exchanged glances, silently remarking on the fact that upon seeing a child with medium-length hair, her baseline assumption was that the child was male. Perhaps the perfect final commentary on the subject…