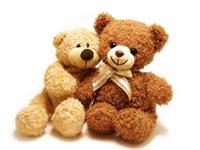 When the tribe of Lost Valley* children ranged between the ages of two to six years old, they did an extraordinary thing: they communally shared their favorite stuffed animals. At the end of the day, they piled all their toys into a suitcase, and one of the kids would bring it home for the night. The role of caretaker for and protector of their “pets” was an honored and earnest responsibility. In the morning he or she would slog the suitcase back into the circle for all to share, and that night another child would take a turn bringing it home.

Watching this scenario unfold, I saw that living in community gave my children something beyond what I ever imagined.

Of course, there was bound to be a struggle or two around who would bring the suitcase home, which the children resolved with logic, fairness, and giving in to whoever yelled the loudest. After several days the group decided the stuffed animals should live with their owners again, as some of the children couldn’t sleep well without them.

A year or so later, it happened again with a game they became intensely engaged in: Pokémon. The children arrived at the decision to combine all of their cards, including the best and most powerful cards they’d each individually collected; because if one of them had a better deck it wasn’t as fun for them to play, whether they won or lost. Playing against each other with “equal” decks was more engaging, enjoyable, and fair.

The idea of sharing their most precious treasures was done without adult supervision or suggestion. How did this happen? Was it a result of the particular temperaments of our children, especially the older kids who influenced their younger siblings? Or did their behavior spring from living in intentional community? Is it duplicable, and should this even be a goal?

My son, Matt, was one of the older children in the tribe; he’s now 22. I ask him what he thinks influenced the group with regard to fairness, and what inspired them as young children to share as they did. He says, “I think it was both our personalities and the culture we lived in. At Lost Valley (LV) there wasn’t a lot of social stratification. Our living conditions were pretty equal—none of the cabins were better than the others; we all had pretty much the same stuff.

“From a young age, I never understood why anyone would want to cheat on games. Games are for fun, and for me the satisfaction of winning a game came from the knowledge that we all had the same chance to win; it was a test of my abilities. So sharing the Pokémon cards made sense to me.

“There was a utilitarian standpoint as well; if we all shared, we had access to more resources. It was in everyone’s best interest. Danaan and I shared our Legos so we could build with more pieces.”

“Danaan definitely took away a ridiculous sense of fairness,” his sister, Bridget, says emphatically. “For Danaan, equality and fairness are above all else in the world.” Danaan, now 20 years old, remembers that “when there were disparate proportions of material possessions—when one child had more of something than the others—there was more willingness to share” in order to level the playing field.

For a number of years the LV children immersed themselves in imaginative board games. Much of their playtime was spent trading Magic** cards to improve their decks. Danaan says, “It was important that trades were fair; it had to be good for both people. If there were just two of us instead of a group, I wonder how much we’d care about making it fair. Within the group, we monitored each other and made sure we’d not take advantage of each other, like with Grace being younger.”

Grace was four years younger than her brother; she hadn’t yet learned to read. Matt and Danaan taught her the names and attributes of each card, which she memorized with fervent devotion. Matt usually watched out for his sister, but he recalls, “Once Grace had a deck of cards I liked. She played with us but this time she didn’t understand what she had. I traded my deck for hers, knowing it was in my favor, ripping her off a little bit. This illuminates how important fairness was in our group, because I didn’t feel good about the trade and I still remember it. Shortly afterward when we began playing with the cards, she realized it was a bad trade and asked to trade back. I’m not certain if we did or not.”

Grace doesn’t remember this trade, but says, “I imagine I would get Matt to trade back.” Which she would, and the group would support her; Danaan’s eight-year-old self would be heard telling his best friend, “Matt, that’s not a fair trade.”

Danaan went on to play in Magic tournaments around the country. He shines more insight onto the practice of fairness when he adds, “In the Magic community, older people look out for the younger ones, making sure they make good trades and aren’t taken advantage of. Then at around 14 years old you’re considered an ‘adult’ and have to fend for yourself.

“If I know I’m going to be playing with someone frequently, fairness in trading cards is important. There’s an ongoing relationship. At a state tournament where I see people maybe once a year, I’m more willing to take advantage of them, especially if they are older than me. If I thought I was getting a better deal in the trade, I’d think they must need the cards for something else.”

Danaan mentions that he was uncomfortable in and strongly influenced by the competitive “capitalist” culture in the Magic community, and feels that he would make different choices now.

We gave our children just a few rules: No hurting one another. No damaging property. Cooperate with adult requests (e.g., tone the noise down; play elsewhere; don’t “bury” dead mice in toilet with dirt and sticks and then flush). Clean up after yourselves. Include everyone who wants to play.

Of course there were times the children played by themselves or in smaller groups or pairs, but no child was ever ostracized. If excluding someone isn’t a viable option, if there is an ironclad directive that the group remains open and inclusive, does this in itself support a tribe in being honest, generous, kind, and fair? Only if the group has a strong culture of acceptance to begin with, and welcomes each individual on their own terms.

Bridget and Danaan’s brother, Noah, says, “We learned to let things go and accept people. We’d get in fights, but the next day I wouldn’t want to just be alone; I’d want to be with my friends. It wouldn’t cross my mind: I’m not going to be friends anymore. It would just fade into the past one day later. They’re your family; they are who you are hanging out with day to day.”

There were other influences that may have affected our children’s behavior. Grace thinks the regularly scheduled Naka-Ima workshops, which focused on self-awareness and honest, responsible communication, “had a big indirect affect on us because that’s what all the adults were doing. And so we got to see their way of communicating.” Bridget agrees that honesty was emphasized at LV, and adds, “One of the biggest things I learned with regard to interactions was the idea that when we got mad at each other it was important to understand what happened; to listen to the other person’s side of the story—which I didn’t want to do, especially with Danaan! We learned to ask, how can we solve this problem without anyone being wrong?”

Our tribe of kids imprinted honesty, fairness, and looking out for one another. I think in part, we got lucky. But what also helped was intentionally creating a strong, durable, flexible, safe, and nurturing container for our kids…which entailed facing our adult difficulties with as much integrity, love, and faith as we could muster.

The families and individuals—between 14-28 adults—who lived in the community during our time there shared similar values, and we did our best to stay open and supportive with one another. Being transparent and compassionate in our relationships was ongoing work, irreplaceable and vital. There were inevitable clashes and challenges in communal living, yet we all agreed on the importance of respect: for one another, for our children, and from the children towards adults and one another.

This is not a new idea: that the more connected we are to those we play or live or work with, the more invested we are in a good outcome for each individual. Connecting like this seems a goal worth pursuing, an antidote to the fractionalized, righteous, quick-to-blame (and sue) plugged-in society we live in. By coming together face-to-face and establishing deep trusting relationships, we seed our broader culture with healthy, durable, flexible living connections.

This feeling of connection seems deeply ingrained in this group of LV-raised kids, and continues to inform their lives outside of intentional community. Matt says, “Something I’ve noticed pretty dramatically in living with other people since (LV) is that, with myself and with all of us, there’s a certain conscientiousness—how our actions impact those around us—that many people don’t seem to have. Being aware on an emotional level of how your energy impacts other people’s energy, and how what you’re doing or not doing is impacting the people that you’re living with or spending time with.”

Our children, from a young age when they shared their stuffed animals, through their adolescence, bonded beyond friendship, into family. Now working and at University, they aim to recreate this sense of family wherever they can. Perhaps that’s what the world needs in order to play fair.

●
*My family lived at Lost Valley Educational Center and Intentional Community in Dexter, Oregon from 1994-2004. My husband and I moved there with our three-year-old son, Matt, and our daughter, Grace, was born there in 1995. For about a half dozen years, six to 10 children regularly played together. As Grace recently explained, “We were like one big unit that happened to have a seven-year span.” In other words, a tribe. See also the article “Reminiscences: Growing Up in Intentional Community” [print edition, page 16] for more perspectives from those children.

**Magic: The Gathering is a strategic game of trading cards; players design and build their own decks.