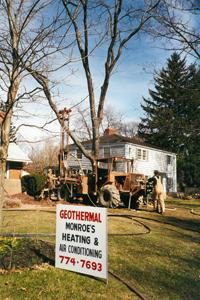 Esther and the Princess of the Fairies

“Noooooooooooooooooo! I’m not going unless you will stay there too!,” my daughter Esther pleaded with me as I attempted to coax her to attend our on-site preschool program. This was the third consecutive day she was choosing not to go. She was refusing child care as well, unless it were done by her mom Liz or me, and I was becoming frustrated. Esther was five years old, and wore a princess dress every day she was able. She was the type of five-year-old princess who climbed trees and got muddy, so thankfully she didn’t mind wearing dresses dirty.

Esther’s school was led by Cassidy, a community member who wove stories and adventure into a nature-based, mostly outdoor, learning experience. Emerald Earth is a small cooperative community, where all the adults share in domestic activities of cooking, cleaning, and caring for children. This meant that school and child care were provided by people Esther ate two meals a day with—most of whom Esther had known most or all of her life, but some who were recent arrivals or temporary interns. She knew Cassidy and the other adults and students well. Esther had loved school and appreciated most child care, until now.

The schoolhouse was on our land, and I would walk Esther there and try to leave but she would scream and cry unless I stayed. A panic came over her when I started to leave. It was so strong that I would just take her back out with me. It seemed like no solution I could create changed anything. After two weeks, I gave up walking her to school and would just ask her in the morning if she would go. The reply was always the same, “Will you be there, Papa?” She clearly wanted to stay with the other kids and Cass, but something didn’t feel safe.

When your child is stressed or acting out, being a parent in community can feel like living in a fish bowl. There is nowhere to hide. Everyone, with good intention, offers their analysis of what might be wrong or how you should handle it. “Maybe your attachment parenting causes her to be needy.” “I’ve heard teachers say you should just leave them at school and it gets better.” “You shouldn’t just let her do whatever she wants.” We absorbed these comments and others during this stressful time. Fortunately, though opinions were rampant, our community was supportive or at least willing to accept our choices and invite her into meetings and other adult activities. Weeks followed where Esther spent many hours sitting quietly in Emerald Earth business meetings or sitting next to me while I had work to get done on the computer. She would follow Liz or me wherever we worked so we would never be out of sight.

“You would really rather sit here while I do computer work, than play with Cass and the kids?” I’d ask. She would just nod “yes” in reply or ask me to come to school or do my work there. I did that when I was able, sitting in the back bedroom of the house that was serving as our school using my laptop to complete my work as a GIS consultant.

It was challenging at times to trust that we were doing the right thing by accommodating her, and as weeks became months, I began to wonder how this would turn out.

One night, however, Esther created her own solution to her challenge. Esther asked me to join her in a role play game (which we often do). She made up the story, and she asked me to take the role of Esther.

I slept, and she came as the Tooth Fairy and woke me to tell me to go to sleep again, as she was going to take me on a journey to fairy land.

I slept again, and the Tooth Fairy (Esther) came and flew me to fairy land to meet the Princess of the Fairies. The Princess (Esther’s new role) wanted to come back to Emerald Earth with Esther. She flew Esther back. Then the Princess went to live in an oak tree that another fairy we know lives in. She said to the other fairy, “Tomorrow, I’m going to go to school with Esther.”

“Would you go to school if I came with you?” she asked.

“Would you take me to my mama or papa if I needed them?” I asked.

“So the next day, Esther met the Princess at the oak tree. The princess waved her wand and flew the two of them to school,” she announced.

I thought the story was over at this point, and was beginning to tell Esther it was time for bed, but she stopped me by insisting that it was very important to finish the story.

“Go in the door of the school,” she instructed. Then she (the Princess) asked me (as Esther) “How does it feel to be at school with me with you?”

“Then school finished and the fairy flew Esther home,” she wrapped up the story.

Then Esther really went to bed.

The next day, Esther shared some of the story with her mom. With Liz’s encouragement, they came up with a plan to make Esther a physical fairy to take to school with her the way the fairy in the story promised to do. While Liz was not confident in her own ability to create a fairy doll, thankfully in community we have other resources, and our dear friend Abeja began sewing the doll.

Two mornings later, the fairy doll was finished; Abeja and the three other kids of the community brought the doll to our house. At Emerald Earth, we honor the magic of important moments with ritual or song and often ask for help and guidance from the Earth and Universal spirit. In that spirit, Abeja had brought the children, ready to do what was needed for Esther to gain the confidence to return to school with them.

The ritual began with when Garnet (age six) sprinkled “fairy dust” in a circle around us all. We then gave our attention to the rising sun. As we called in the nature spirits of the four directions, Esther shouted out “Spirit of the East” or “Spirit of the South” passionately as I’ve never seen her in other rituals or songs here. She had spent two months struggling, missing the learning, adventure, and camaraderie at school—things she craved—while constrained by fear of being away from her parents. She needed this to work and felt the potential for a solution to her problem when surrounded by her closest friends and family cheering for her. Esther’s friends wanted her back in school so badly that it showed in the enthusiasm with which they too participated in the ritual. In our ritual words, we empowered the fairy doll to keep Esther aware that her Mama and Papa are always with her in her heart. When the ritual was over, we all walked to school with kids running everywhere to help Esther fill a lace “fairy bag” they had sewn for her, with flower petals. Her allies were doing all they could to help her move through her challenge.

We got to school and she confidently walked in. Then when I began to leave, she faltered.

I held her and said that she had created her own magic and now needed to test it by trusting it. “The hardest part of magic is believing in it and giving it a chance to work,” I counseled. After much hugging, and a little crying—and a promise that she could leave and come to me if she wanted to—Esther joined the other kids and their teacher Cass and sat down. She stayed in school all day and didn’t miss another day from then on. Child care became easier too, though there were still people she chose not to be left with.

The weeks she wasn’t in school had felt so frustrating and had me questioning my parenting. But the way this episode ended went beyond my wishes. With the help of our entire community, my five-year-old daughter created her own magic. It was truly a magic borne of community: friends who love her and help her—not the ridicule and bullying I hear about so often in public schools and neighborhoods. Our community (thank you Abeja and kids) was really there for her—supporting her getting what she needed. This helped her see that in community she has allies who will help her meet her challenges on her own terms.