Ecovillages and the FIC 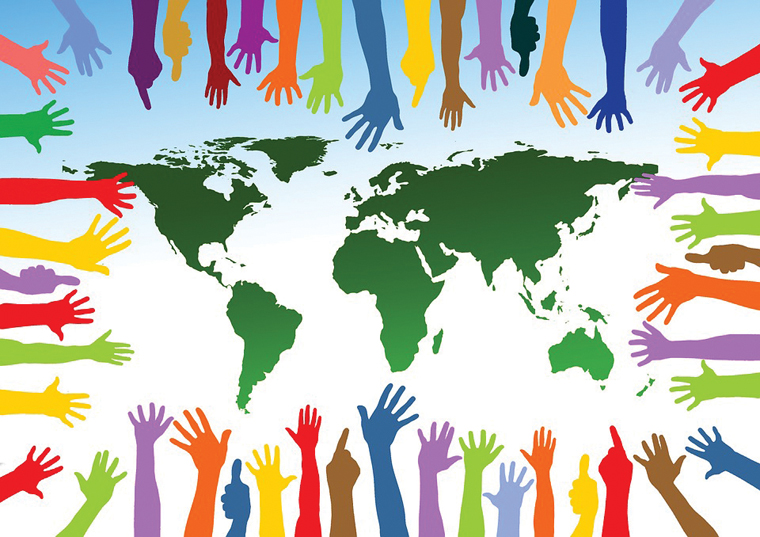 Intentional communities have evolved considerably over the last 200 years, but the sharing of common values has always been a core feature. Historically, religion has provided these values to most groups who want to carve out a space where those values can be practiced intensively. Religion still plays an important role for many communities, but increasingly the drive to create a different way of life has come from a different kind of analysis.

Ecovillages embody one of the most contemporary and nuanced approaches to collective living. The philosophy behind the concept comes the closest to replicating a religious foundation, but in a secular form. I say secular, though many in ecovillages would say that there is a deeply spiritual element. Many within the ecovillage movement see all life as connected and sacred, and believe that some form of greater force or consciousness is at play. Whether this is couched in more scientific or esoteric terminology, it’s also commonly associated with an analysis of social justice, and, perhaps most importantly, an analysis of global ecological destruction and the need to create sustainable lifestyles and communities.

The term “ecovillage” came into use with Robert and Diane Gilman’s study, Ecovillages and Sustainable Communities, for Gaia Trust in 1991. This document led to the conference in 1995 that birthed the Global Ecovillage Network (GEN), which has acted as the centralizing force for the ecovillage movement ever since. As with other types of intentional community, no one has a monopoly on the term ecovillage, there’s no certification program, and any group that chooses to identify as an ecovillage may do so.

Gilmans’ study offers the definition, “a human-scale, full-featured settlement in which human activities are harmlessly integrated into the natural world in a way that is supportive of healthy human development, and can be successfully continued into the indefinite future.”

“Human-scale” and “full-featured” capture a lot of what’s important about intentional communities. These terms tie in with what GEN describes as the four dimensions of sustainability: social, economic, ecological, and cultural. They acknowledge the multifaceted nature of our lives as human beings on this planet. This connects to a fact I love to share, which is that the root word of “eco” is the Greek word oikos, meaning home. “Eco” isn’t just part of “ecological” and “ecovillage,” it’s part of “economy” as well. Economy is not just about money; it’s about how we as a society provide for our basic needs.

A central idea behind ecovillages is that how we provide for our basic needs should not be divorced from the social and cultural aspects of our lives, nor from the ecological impacts of how those needs are met. Ecovillages remind us that it’s all connected: where we lay our heads, where we make a living, all the goods and services, the relationships and culture, the natural world, the technology, the governance, the caring and loving and growing and cooking and building, it’s all part of it, and we’re all in it together.

The sickness and unsustainability of our society are reflected in the radical disintegration, segregation, compartmentalization, and isolation not only of people but of the various aspects of people’s lives. This scenario not only allows, but encourages us to make choices from a narrow, self-serving, fear-based perspective. If we can re-integrate our own lives, and our lives with each other’s lives; if we can bring each other into our homes, and make decisions about our home together, on a micro scale; then we can begin to cultivate the caring and compassion and intelligence necessary to make decisions that consider people on the other side of the planet. GEN has been a crucial advocate for this worldview in the recent evolution of the intentional communities movement.

The FIC was already an established organization when GEN formed and when its local ambassadors, the Ecovillage Network of the Americas (ENA), started organizing. It was unique that there was an existing organization like the FIC in the regional networks GEN was developing. ENA focused its work on Latin America, in part because the FIC was already active in the US and Canada, and because they didn’t want ENA to be dominated by white English-speakers from North America. For the last 20 years, the FIC and ENA have had important connections and overlaps, but have maintained separate activities. In 2012, the Latin America contingent spun off from ENA to form El Consejo de Asentamientos Sustentables de las América Latina (CASA), and the Ecovillage Network of Canada (ENC) formed. Around 2014, ENC and US-based ENA, along with the newly invigorated youth arm of GEN, NextGEN North America (NextGENNA), started a dialog with the FIC about establishing a partnership.

Inter-organizational politics are never simple, and the dialog had its challenges. Then last year GEN held a 20th anniversary celebration at Findhorn Community in Scotland, its headquarters. Players from each group attended, sharing in this important milestone and plotting a path forward. I was honored to participate in this, along with people from communities from dozens of countries on every continent. It was amazing to experience an affinity born from a radical experience of community between people from such a diversity of cultures. GEN has truly managed to create a global movement, and FIC clearly needs to be a participant.

It’s with great pleasure that the FIC presents this issue of Communities on Ecovillages around the World in partnership with GEN and Gaia Trust. The FIC is also pleased to have signed on to a partnership agreement last Fall to re-establish the Global Ecovillage Network of North America (GENNA). Additionally, GEN recently hired our beloved Business Manager, Christopher Kindig, as its Operations Director (and also IT Director), putting him in a key position to foster collaboration (see his comments in the sidebar).

While the FIC does offer its services globally, its focus is on North America, particularly the US and Canada, and this isn’t likely to change. Partly it’s an issue of capacity, but it’s also an issue of what’s appropriate. A US-based organization should not be the direct service provider to communities in India or West Africa. This is what GEN is about, fostering regional networks by and for the communities in those regions, that can provide the support those communities need.

GEN’s vision is of a world of empowered citizens and communities, designing and implementing their own pathways to a sustainable future, and building bridges of hope and international solidarity. The FIC is proud to be part of this movement and, in this issue, give you a glimpse of what global transformation looks like.

Sky Blue ([email protected]) is Executive Director of the Foundation for Intentional Community.

More on the FIC-GEN Collaboration

It is an amazing privilege to work with both FIC and GEN! Long before I had ever heard the term, I knew somewhere in my heart what an ecovillage was, and yearned for it. Now I am excited to come to work every day because it means helping brilliant and passionate people in both organizations to grow this movement towards ecological communities, and spreading ecovillage technologies and lessons to the larger society.

In addition to this special issue of Communities, we are also partnering to offer more Community Bookstore titles through a new store on ecovillage.org. Most exciting of all is that FIC and GEN agreed to collaborate on their databases, which will add thousands of community listings to each directory, and further enhance the detail and usefulness of the information. Connecting the sites together is a tall order, but the stakes are much higher. Humanity has to unite around a more sustainable, resilient, and satisfying model of society, and ecovillages around the world can play a vital role.

One Reply to “Ecovillages and the FIC”

Thank you for posting this important article on the international organizations that affect and interact with the FIC. To me the power of ICs are the localized, closed loop systems that create sustainable communities, but the importance of international idea sharing is critical. I look forward to the good work that GEN, ENA, CASA, ENC, NextGENNA, & GENNA will do locally, regionally, and internationally.