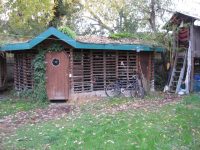 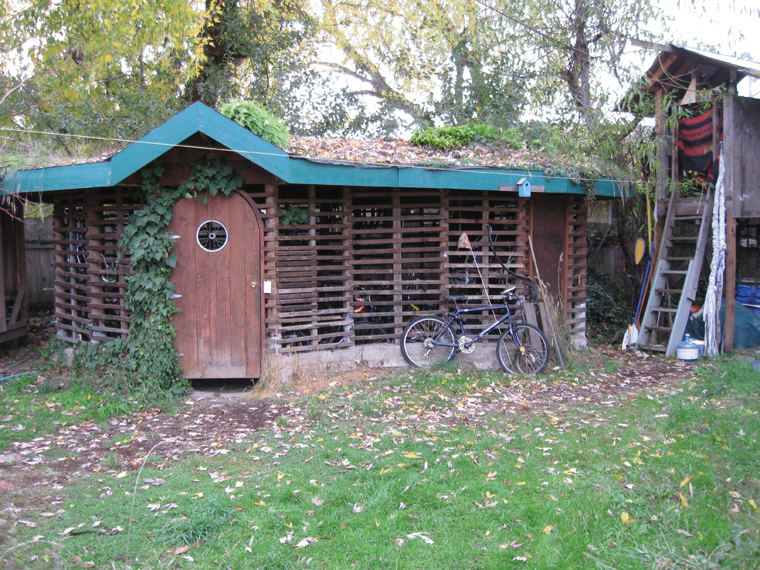 Robert Crumb’s iconic illustration, “A Short History of America,” starts with its first panel depicting a pastoral country scene. The next panel introduces the railroad to this setting; the next panel, a telegraph line, a small house, and a dirt road. Subsequent panels add more and bigger buildings, more utilities, pavement, etc. By the 12th panel, our bucolic country setting is choked with cars, pavement, and all the ugliness that has characterized the suburban “growth and development” that followed WWII.

The final three panels depict three possible future scenarios: ecological collapse, the techno-future with flying cars, and the ecotopian future with bicycles and trees. We all wish to avoid ecological collapse; I feel that the financial and energy resources are not going to be there to support the techno-future; which leaves us with the ecotopian future. It is that scenario that I would like to see urban planning strive for.

Social and architectural critic James Howard Kunstler laments that suburban sprawl has been “the worst misallocation of resources in human history.” Countless cheap, flimsy tract houses, strip malls, burger joints, and big box stores fan out in most directions from our cities—all of it built with the full expectation that we will always drive around in cars. Meanwhile, US tourists flock to European cities for the pleasure of vacationing in a humane, pedestrian-scale urban environment: Taller, mixed-use buildings line the street, defining it as a large, outdoor room. Flowers, parks, and trees combine with sidewalk cafes and corner markets to create a festive, lively environment where people walk many places, public transit is fast and convenient, and community flourishes. After their European vacation is over, US tourists return to their own wretched US cities where the downtown is commercially comatose and all serious shopping is done by driving to the Walmart on the edge of town.

It will be more challenging than most people understand for US-style automobile culture to survive the end of fossil fuels (a whole other essay). Urban planners consider 15 dwelling units per acre to be the minimum density necessary to support reasonably fast and efficient public transit. Most suburban sprawl development in the US falls woefully short of that. So, in terms of land use, we’ve painted ourselves into a corner.

In 1991, I sold a single house in San Francisco and bought five contiguous city lots with a smattering of older houses about one mile west of the center of Eugene, Oregon. Already a builder, I soon discovered green building. That led me to permaculture, intentional community, appropriate technology, and renewable energy; all of it culminating in the ecovillage and broader ecocity concepts. Owning vacant city land, I experimented with various green and natural building techniques. The more interesting things I built, the more interesting people moved in. Upon completing a triplex in 2002 and with a regular meditation group, we named the place Maitreya EcoVillage. It has continued to organically grow and change ever since. Much of that change has been focused on density—density of dwelling units, density of food production, density of uses and activity, density of fun and laughter.

In a nutshell, where urban development is concerned, we need to have sufficient density to support functional public transit, bicycling, and walking, and yet have it be so beautiful, fun, green, and rich with community that people will enjoy being there—not yearning to jump in their cars to get away.

Many historical cities were dense for security purposes. The oldest part of Barcelona has some streets so narrow that a car can’t physically fit on them. Not coincidentally, this is arguably the most fun, vibrant, and lively part of the city—the streets filled with people walking places and never a dull moment. I would argue that nowadays our cities should densify again—also for security purposes. Like a threatened turtle, pulling its legs and head into its shell, we must pull our urban extremities inward in preparation for life without fossil fuels and the approaching “Long Emergency,” as Kunstler calls it.

With some residents having bought an adjoining property, Maitreya EcoVillage now houses about 30 to 35 people on 1.25 acres. In addition to about 10 dwelling units, there is also a Cascadian anarcho folk grass band, a brewing cooperative, a wood shop, a steel fabricating area, a koi pond, a sauna, a strawbale and earthen community space, a cob guest cottage, a biogas digester, a free food distribution area, and lots of gardening. Currently under construction are an octagonal meditation sanctuary, a 4000 gallon rainwater cistern, an outdoor kitchen and an 8.5 ft. x 16 ft. tiny house complete with bathroom and kitchen that I wish to Airbnb—bringing an educational, ecotourism component to our village. Next year I want to build a permanent greenhouse to experiment with aquaponics.

I built a new house on top of an existing, single story 1940s-era house—an example of what could be done to millions of dreary, energy-wasteful US homes: making them all into creative, net-zero-energy, eco-trophy duplexes. I have a few rooftop decks in mind. The idea is to go up rather than out—wanting to make Maitreya as full as possible of fun and interesting activity all within its limited urban footprint. Richard Register’s ecocity vision includes rooftop gardens and rooftop cafes with bridges joining rooftop to rooftop. An important aspect to stacking up the urban fabric is that the farmland surrounding our cities is more precious than we’ve understood. When the tractor trailer rigs stop bringing our food from 1500 miles away, we’ll appreciate the tragedy of having paved over so much farm land.

While it’s still a glorified landlord-tenant arrangement, I like to think that I’m the world’s coolest eco-landlord. We have business meetings at least once per month where decisions are made by consensus. (How many cats are acceptable in an urban ecovillage setting?) Having gotten to be 61 years old without producing any children of my own, I have a standing offer among those here that upon their organizing a credible financial entity to assume ownership, I will bequeath it a substantial percentage of the equity. Thus, Maitreya EcoVillage will hopefully continue boldly into the future with a life of its own.

Robert Bolman is a green builder and artist. In 1991 he bought one acre of land west of the center of Eugene, Oregon that is now Maitreya EcoVillage.

3 Replies to “Compact Community at Maitreya EcoVillage in Eugene, Oregon”

Hello! My husband and I will be visiting Eugene in Janauary 2020 and are seeking a room to rent for a week while we are there. Do you rent out rooms? If so, how much are they?

The community listed here may or may not see your comment. To contact the intentional community directly please use the contact links at the top right of the listing.

Hi, i found your ad on Fellowship for Intentional community and me and my friend are males and gay celibates. We are in virginia but we want to move back to oregon. We were in Portland for seven months last year living in the car. I always have liked commune and agricultural lifestyles.We lived in Surry virginia and its farm land a lot there.Now we are in williamsburg virginia and been homeless.Rent is too much around here,homeless a year. Would we have to pay rent to you after a year or could we both just help you with agricultural work and other things like cleaning and stuff? Thanks,jojo and johnny