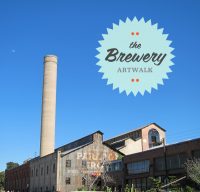 Some intentional communities focus on organic gardening and permaculture. Others are all about activism and social change.

Some exist primarily for the art.

That’s the intention behind the Los Angeles Brewery, which, despite its name, doesn’t actually brew any beer. 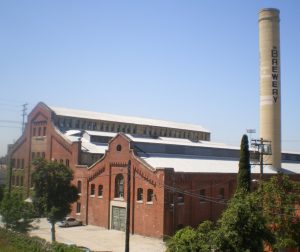 The Brewery describes itself as “one of the oldest and largest artist colonies in the world.” Founded 30 years ago, it includes over a dozen buildings in a 23-acre complex that once housed a Pabst Blue Ribbon factory. Now, over 500 artists use the facilities as live-work spaces and galleries.

The Brewery got its start after Los Angeles passed an artist-in-residence ordinance that allowed artists to live in the studios they rented in industrial buildings. Since that time, the Brewery’s policy has been to rent only to working artists. Even now, it’s website declares, “No dogs or musical instruments. Artists only!”

The Brewery hosts an art walk twice each year, when members of the public are welcome to browse the galleries and meet the artists. The next one will take place October 22nd and 23rd, 2016, from 11:00 AM to 6:00 PM. Check out the video below to learn more about this unique, vibrant community, and the artists who live there:

While some communities are inspired by the back-to-the-land movement and want to be as self-sufficient and off-grid as possible, many artist communes have the opposite problem. Their residents want to live in the thriving, energetic hub of the city, but often can’t afford to. By acquiring and renovating industrial buildings and other unconventional properties, artists can carve out a space for themselves in the cities they would otherwise be priced out of.

The Convent in San Francisco was formed in 2010 in what had once been a nunnery. Founder Michael Latronica calls it “sort of like a refugee camp for all the displaced artists in San Francisco.” Over 20 artists live there now, while an adjoining property called The Center serves as an event and cultural space.

Latronica worries about the effect that the tech industry is having on the city, so gives priority to residents who want to share their skills with the wider community. The Center includes a tea house, yoga studio, and workshop space for intentional, interpersonal connection. Check out their calendar of upcoming events here.

Further up the coast is Milepost 5, an artist’s community in Portland, OR, that was founded in 2011. The site’s two buildings were formerly used as a nursing home, and have since been remodeled into condominiums and studio apartments. While some of the units are owned by residents, many of them are short-term rentals.

“This is not a building for the artist who wants to be left alone,” creative director Gavin Shettler told OregonLive. “This is for people looking to be around other artists.”

Residents are required to submit an artistic portfolio when they apply, and there’s a lengthy waiting list for spots. The cheapest studios go for around $400, with access to a shared bathroom and kitchen – a reasonable deal in Portland’s increasingly competitive housing market.

The community supports artists by offering gallery space, open mic nights, poetry readings, and more. There’s even the Art Haus Cafe, a non-profit coffeeshop in the lower level that doubles as a theater and art gallery.

Artists have long been at the forefront of intentional living – and they continue to influence communal culture by blurring the lines between live-work arrangements; pushing for zoning regulations that allow for experimental living spaces; and inviting the public in to see how they live and what they do.

Whether or not you’re an artist yourself, you can learn more about these communities by visiting their websites, or checking out a local art walk or gallery near you.