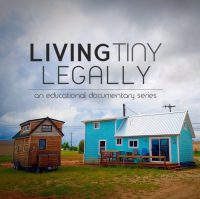 For many tiny house enthusiasts, building the house itself isn’t the hard part. There are lots of resources out there for designing and constructing a tiny house, as well as companies that will build the whole thing for you. More and more people are coming to see tiny homes as a viable living option.

These days, the hardest part may be figuring out whether this thing you’ve built is even legal. Are you going to put months of work and thousands of dollars into building your home, only to have it reported by your neighbors?

Regulations on tiny houses and accessory dwelling units (ADUs) vary from city to city and state to state. How long can you live in one before being cited by city officials? Are there size limits on ADUs in your community? Will adding wheels or removing the bathroom facilities make it legal?

A 3-part documentary hopes to shed some light on the process, by interviewing both the people who live in tiny houses and the people who are in charge of regulating them. According to Tiny House Blog,

“Living Tiny Legally, Part One, features an in-depth look at how communities, including Fresno and Ojai (CA), and Rockledge (FL) are embracing tiny houses on wheels via innovative zoning. Policy makers share their methods and insights to demystify the planning and zoning process. Additionally, advocates provide a better understanding of the tiny house movement, the primary legal obstacles and the benefits tiny homes could bring your community.”

It’s reassuring to see regulators who aren’t purposely trying to interfere with the tiny house movement – many of them simply haven’t encountered requests like these before. They’re used to people who want to add rooms to their property, not get rid of them. It’s fascinating to hear about the back-and-forth one tiny house enthusiast experienced as she negotiated for the right to build four 300 sq. ft. homes connected by a covered breezeway – combined, they were technically large enough to meet the city’s 1200 sq. ft. minimum for a home! 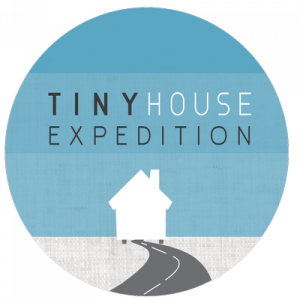 As one interview subject says, “It’s not really a grey area. In most places, it’s very clear that tiny houses fall outside of what’s allowed for permanent residences. The ironic thing is … it’s not preventing people from doing that.” He says that tiny house residents are finding ways to make it work, either by moving to places that don’t have zoning regulations or simply by “flying under the radar.” In some areas, decisions like whether or not to include a full kitchen can impact the legality of your tiny home.

Of course, tiny houses aren’t the only living arrangements that face legal hurdles. Intentional communities of all kinds often find themselves in conflict with local zoning laws, whether it’s restrictions on how many unrelated adults can live in a home, or bans on raising chickens on the property. In some places, like Minneapolis, intentional communities are working with regulators so that they can finally come out of the shadows.

Whether or not you plan to build a tiny home, this documentary is a fascinating look at the interplay between regulation and innovation. You’ll get to see some inspiring approaches to intentional living, and you might even pick up some tips on how to communicate with zoning officials in your own town!

Check out Part 1 of the series on YouTube or read more at the Tiny House Expedition website!