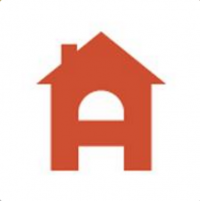 The Write A House Program Builds Artistic Community in Detroit 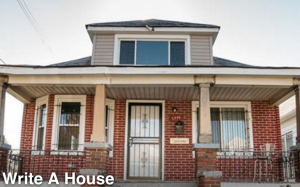 Launched in 2012, the Write a House program in Detroit has been creating a writers’ residency like no other. After buying up vacant homes, the organization renovates them – with the help of youths in vocational training – and invites a writer to move in. After two years of residency, the writer is given the house for good.

Open to writers of fiction, non-fiction, and poetry, the main requirement is that they must be committed to living in the home as their primary residence and to “engage with the literary community of Detroit.” According to its website,

“Write A House’s homes are located in an active, creative and diverse neighborhood of Detroit. This neighborhood was chosen with great care and deliberation. We’re not seeking to push current residents out, or drive up rental costs; we’re looking to invest in and help stabilize the area. This city has seen enough displacement, and we seek to build with conscience. We’re looking for writers who want to live and take root in Detroit and become a part of its rich creative landscape.”

So far, the organization has awarded homes to two writers and hopes to grow its program to three homes per year. Its first writer-in-residence, Casey Rocheteau, moved into the home in 2014. A poet from Brooklyn, Rocheteau released a new book, The Dozens, last month.

The program aims to help writers, particularly low-income writers, overcome the obstacles to home-ownership that stifle the growth of arts communities. Rocheteau, 29, says,

“The whole reason I applied to Write A House is because I saw an opportunity to take root and build a life somewhere. I couldn’t do that in Brooklyn in terms of owning property and keeping sane…. [With Write A House] you pay taxes and bills for two years, and as long as everything is in good standing after two years, the deed gets turned over to you and then it’s yours for-ev-er.”

The program recently announced its second award winner, Liana Aghajanian, a freelance journalist living in Los Angeles. Born in Tehran, Aghajanian has traveled the world covering stories for international news outlets, including a profile of botanist Mark Dimmitt for The Guardian.

Aghajanian, 29, says that she “couldn’t conceive of any other way I would be able to have a home of my own.” Although she’d never been to Detroit before, she says that:

“Detroit innately feels like a place where my work in this particular realm can really grow and make some kind of impact, because I think this city has often suffered from the type of coverage that doesn’t allow the context and analysis it deserves.”

Know of any writers who would be interested in the program? The next round of applications will be opening soon. Meanwhile, PlaceInvaders is hosting a pop-up dinner to benefit the program on May 1st in Detroit.