The Question I Get Asked the Most 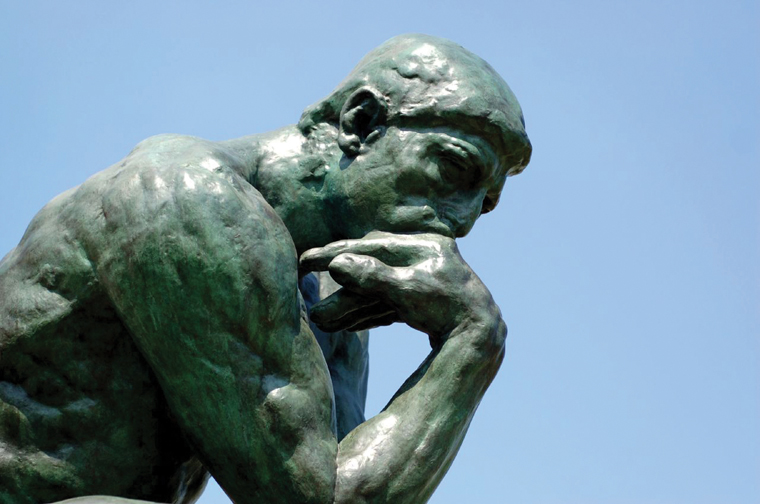 The questions come after talks, on Twitter, in the days’ incoming tide of email—sometimes even in old-fashioned letters that arrive in envelopes. The most common one by far is also the simplest: What can I do? I bet I’ve been asked it 10,000 times by now and—like a climate scientist predicting the temperature—I’m pretty sure I’m erring on the low side.

It’s the right question or almost: It implies an eagerness to act and action is what we need. But my answer to it has changed over the years, as the science of global warming has shifted. I find, in fact, that I’m now saying almost the opposite of what I said three decades ago.

Then—when I was 27 and writing the first book on climate change—I was fairly self-obsessed (perhaps age appropriately). And it looked like we had some time: No climate scientist in the late 1980s thought that by 2016 we’d already be seeing massive Arctic ice melt. So it made sense for everyone to think about the changes they could make in their own lives that, over time, would add up to significant change. In The End of Nature, I described how my wife and I had tried to “prune and snip our desires,” how instead of taking long vacation trips by car we rode our bikes in the road, how we grew more of our own food, how we “tried not to think about how much we’d like a baby.”

Some of these changes we’ve maintained—we still ride our bikes, and I haven’t been on a vacation in a very long time. Some we modified—thank God we decided to have a child, who turned out to be the joy of our life. And some I’ve abandoned: I’ve spent much of the last decade in frenetic travel, much of it on airplanes. That’s because, over time, it became clear to me that there’s a problem with the question “What can I do?”

The problem is the word “I.” By ourselves, there’s not much we can do. Yes, my roof is covered with solar panels and I drive a plug-in car that draws its power from those panels, and yes our hot water is heated by the sun, and yes we eat low on the food chain and close to home. I’m glad we do all those things, and I think everyone should do them, and I no longer try to fool myself that they will solve climate change.

Because the science has changed and with it our understanding of the necessary politics and economics of survival. Climate change is coming far faster than people anticipated even a couple of decades ago. 2016 smashed the temperature records set in 2015 which smashed the records set in 2014; some of the world’s largest physical features (giant coral reefs, vast river deltas) are starting to die off or disappear. Drought does damage daily; hundred-year floods come every other spring. In the last two years we’ve seen the highest wind speeds ever recorded in many of the world’s ocean basins. In Basra, Iraq—not far from the Garden of Eden—the temperature hit 129 Fahrenheit last summer, the highest reliably recorded temperature ever and right at the limit of human tolerance. July and August 2016 were not just the hottest months ever recorded, they were, according to most climatologists, the hottest months in the entire history of human civilization. The most common phrase I hear from scientists is “faster than anticipated.” Sometime in the last few years we left behind the Holocene, the 10,000 year period of benign climatic stability that marked the rise of human civilization. We’re in something new now—something new and frightening.

Against all that, one’s Prius is a gesture. A lovely gesture and one that everyone should emulate, but a gesture. Ditto riding the bike or eating vegan or whatever one’s particular point of pride. North Americans are very used to thinking of themselves as individuals, but as individuals we are powerless to alter the trajectory of climate change in a meaningful manner. The five or 10 percent of us who will be moved to really act (and that’s all who ever act on any subject) can’t cut the carbon in the atmosphere by more than five or 10 percent by those actions.

No, the right question is “What can we do to make a difference?”

Because if individual action can’t alter the momentum of global warming, movements may still do the trick. Movements are how people organize themselves to gain power—enough power, in this case, to perhaps overcome the financial might of the fossil fuel industry. Movements are what can put a price on carbon, force politicians to keep fossil fuel in the ground, demand subsidies so that solar panels go up on almost every roof, not just yours. Movements are what take five or 10 percent of people and make them decisive—because in a world where apathy rules, five or 10 percent is an enormous number. Ask the Tea Party. Ask the civil rights movement.

The other side knows this, which is why it ridicules our movements at all times. When, for instance, 400,000 people march on New York City, I know that I will get a stream of ugly tweets and emails about how—saints preserve us—it takes gasoline to get to New York City. Indeed it does. If you live in a society that has dismantled its train system, then lots of people will need to drive and take the bus, and it will be the most useful gallons they burn in the course of the year. Because that’s what pushes systems to change.

When brave people go to jail, cynics email me to ask how much gas the paddywagon requires. When brave people head out in kayaks to block the biggest drilling rigs on earth, I always know I’ll be reading dozens of tweets from clever and deadened souls asking “don’t you know the plastic for those kayaks requires oil?” Yes, we know—and we’ve decided it’s well worth it. We’re not trying to be saints; we’re trying to be effective.

We’re not going to be forced into a monkish retreat from society—we need to engage this fight with all the tools of the moment. We’re trying to change the world we live in and if we succeed then those who come after will have plenty of time to figure out other ways to inhabit it. Along the way those who have shifted their lives can provide inspiration, which is crucial. But they don’t by themselves provide a solution. Naomi Klein once described visiting an “amazing” community farm in Brooklyn’s Red Hook that had been flooded by Hurricane Sandy. “They were doing everything right, when it comes to climate,” she said. “Growing organic, localizing their food system, sequestering carbon, not using fossil fuel inputs—all the good stuff.” Then came the storm. “They lost their entire fall harvest and they’re pretty sure their soil is now contaminated, because the water that flooded them was so polluted. It’s important to build local alternatives, we have to do it, but unless we are really going after the source of the problem”—namely, the fossil fuel industry and its lock on Washington—“we are going to get inundated.”

Like Klein, I find that the people who have made some of those personal changes are usually also deeply involved in movement-building. Local farmers, even after a long day pulling weeds, find the energy to make it to the demonstration, often because they know their efforts out in the field aren’t enough, even to guarantee a climate that will allow them to continue their efforts. No, the people calling environmentalists hypocrites for living in the real world are people who want no change at all. Their goal is simply to shame us and hence to quiet us. So we won’t make them feel bad or disrupt the powers that be.

It won’t work, unless we let it. Movements take care of their own: They provide bail money and they push each other’s ideas around the web. They join forces across issues: BlackLivesMatter endorsing fossil fuel divestment, climate justice activists fighting deportations. They recognize that together we might just have enough strength to get it done. So when people ask me what can I do, I now say the same thing every time: “The most important thing an individual can do is not be an individual. Join together—that’s why we have movements like 350.org or Green for All, like BlackLivesMatter or Occupy. If there’s not a fight where you live, find people to support, from Standing Rock to the Pacific islands. Job one is to organize and jobs two and three.”

And if you have some time left over after that, then by all means make sure your lightbulbs are all LEDs and your kale comes from close to home.

Environmental author and activist Bill McKibben is the founder of 350.org, an international climate change campaign. A version of this article appeared at www.ecowatch.com/bill-mckibben-climate-change-2041759425.html.

Filed Under: All Blog Posts, Communities Articles, Community Where You Are, Issue 174, Sustainability