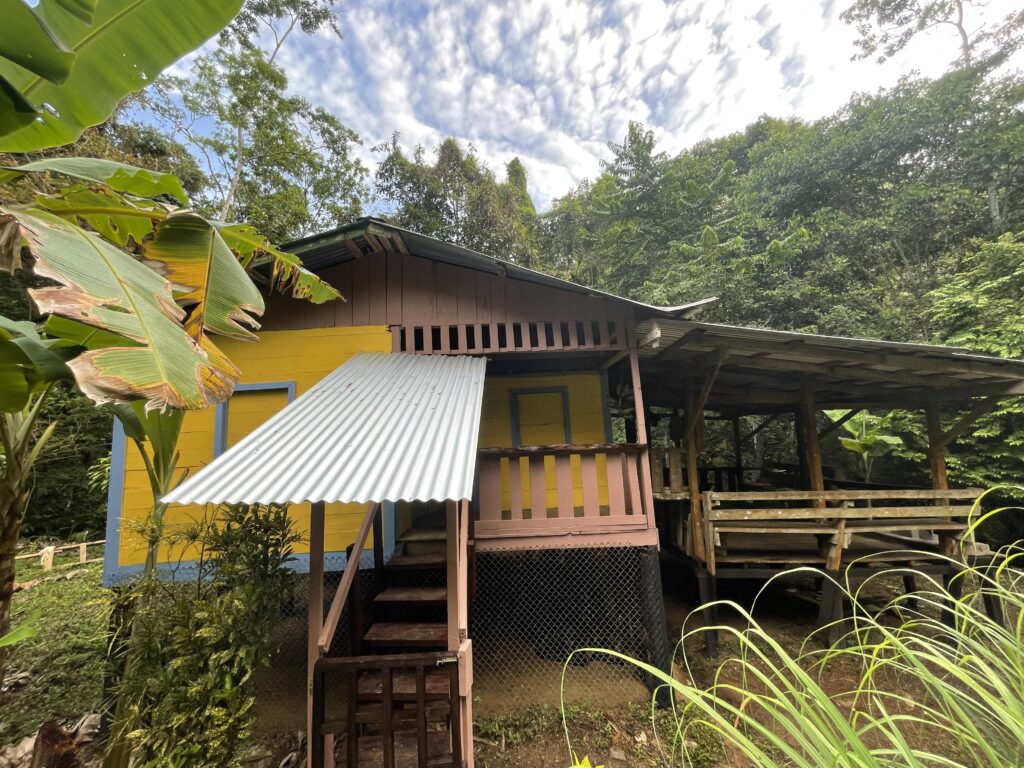 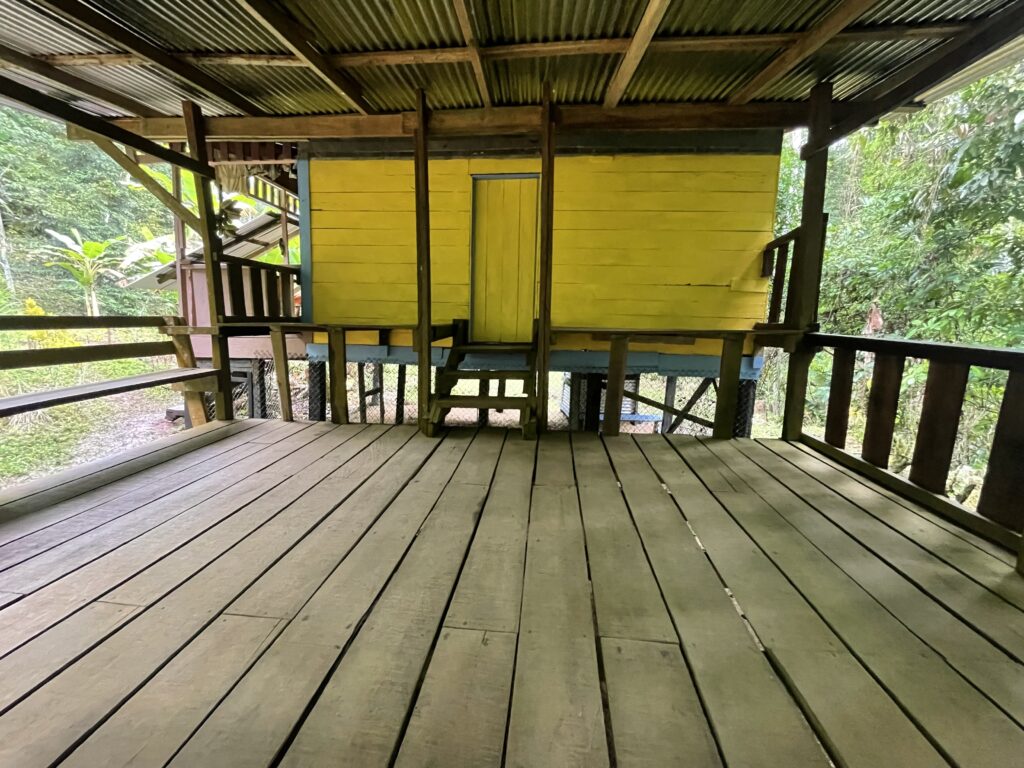 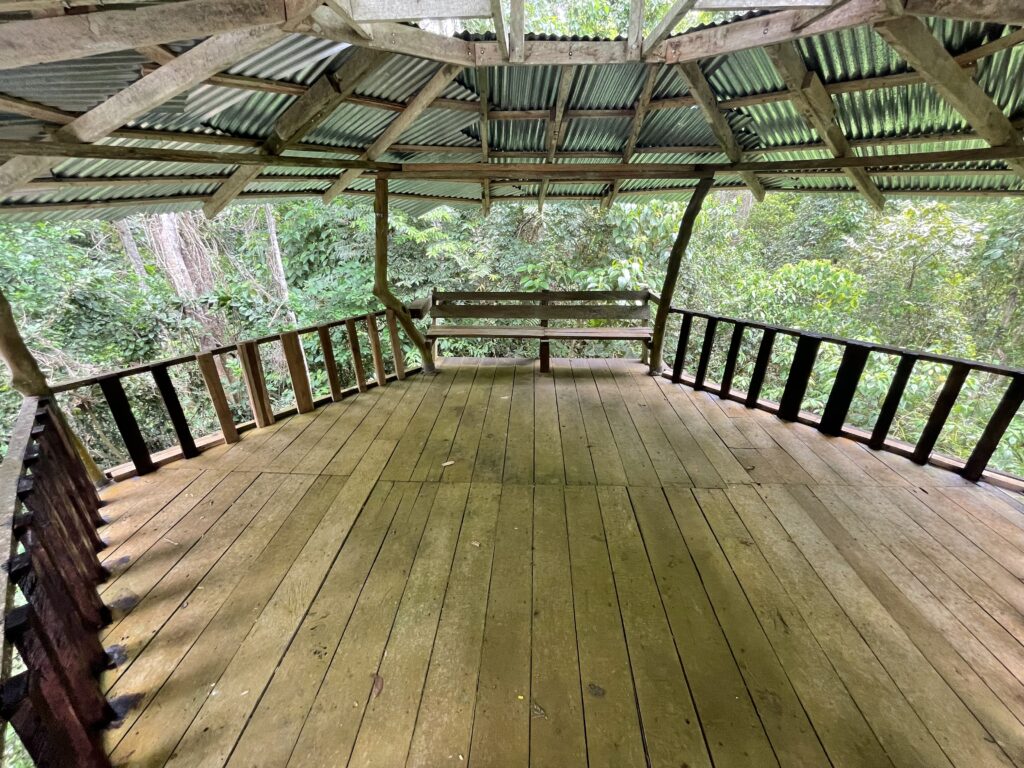 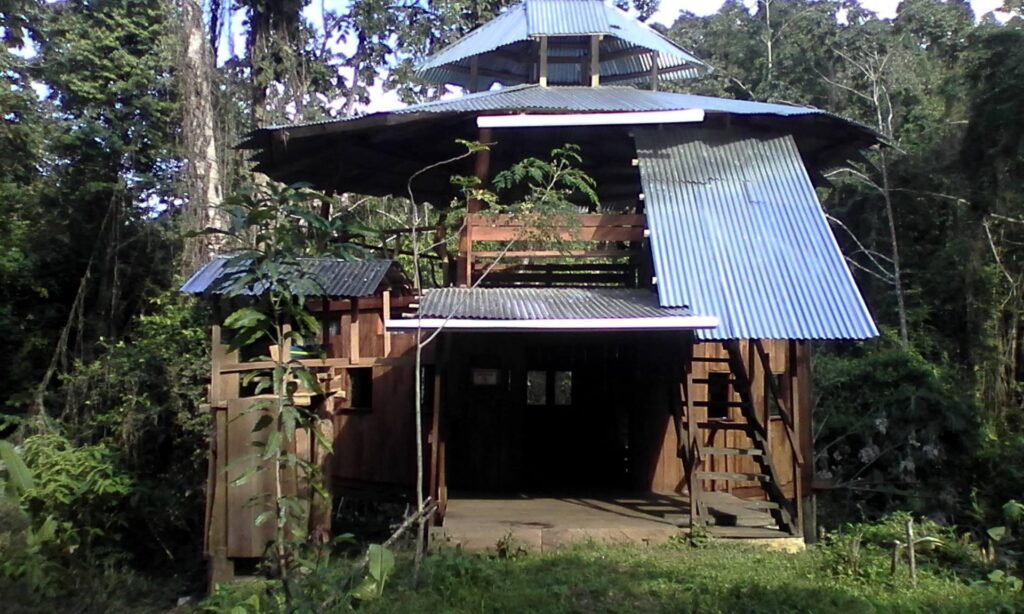 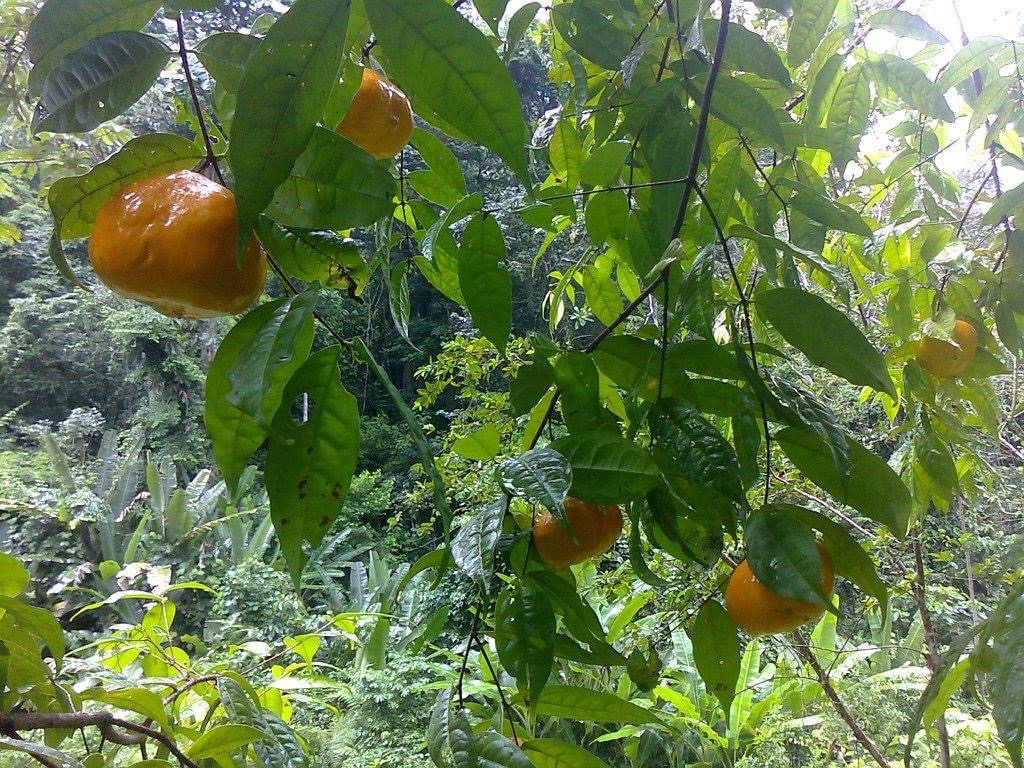 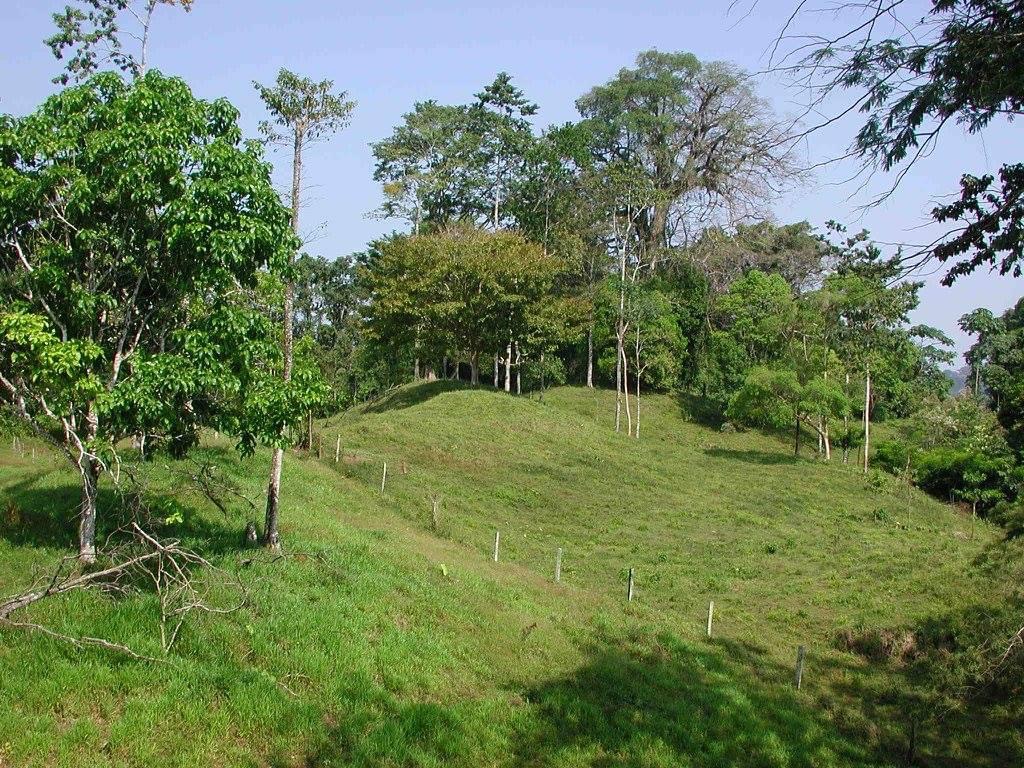 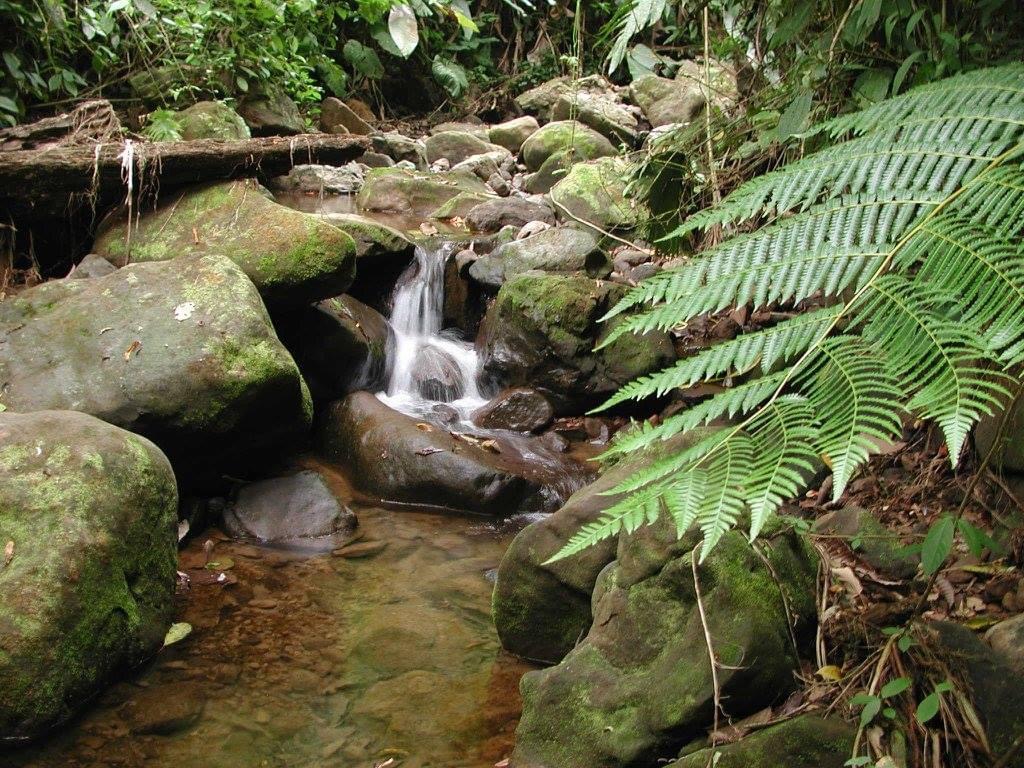 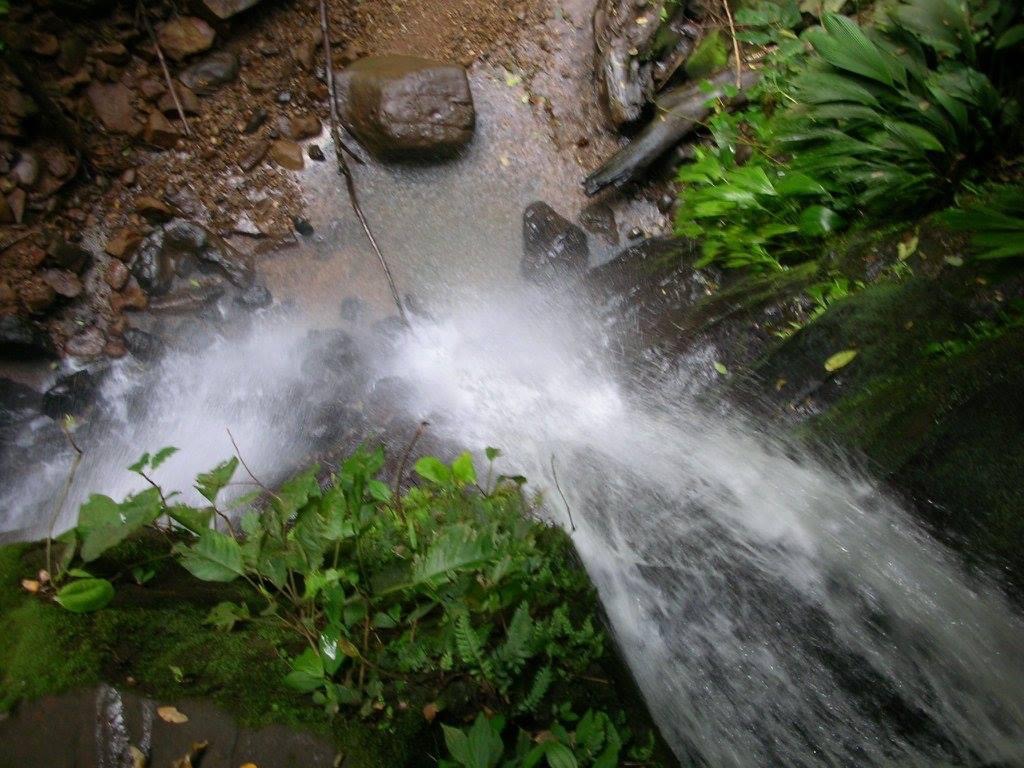 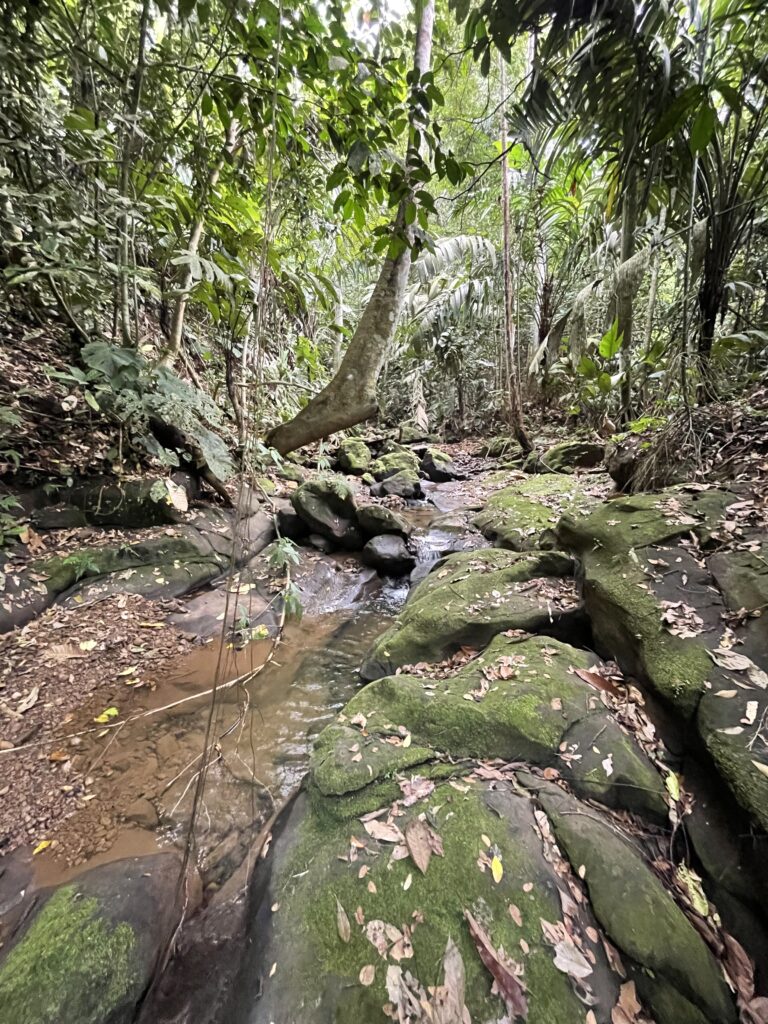 Two homes situated on 97.5 acres in the rainforest mountain town of Buena Vista on the Caribbean side of Costa Rica. The wildlife includes howler and white-faced monkeys swinging in the trees, the Blue Morpho butterfly meandering along the streams, red blue and green poison dart frogs are seen along the trails. The seasonal migrations of thousands of raptures fly overhead each spring and fall. There is a 40-foot waterfall and five mountain water sources suitable for resale. The land was utilized since 2012 with volunteers and visitors as a sustainable spiritual community. Volunteers and hired workers planted several phases of fruits, wood trees and produce. There are several prime building locations and over 100 mature Laurel trees ready for building and furniture construction. There are scores of natural medicinal plants, carbon deposits and fossils. This land is an oasis of peace and healing ideal for a retreat setting or sustainable community.

Property: The property consists of 3 parcels in the center of the remote mountain village of Buena Vista. (Pasture 31 hectare, Mountain 5 hectare, and Agriculture 3 hectare) This endangered rainforest land can be accessed from BriBri via Carbon 1 (approx. 3-4 miles) or Hone Creek via Carbon 2 (approx 5-6 miles). Halfway along the road from BriBri on the right is 100-foot Volio waterfalls, which is a guided tourist destination. Terraventuras zip lines is passed in the canopy region along Carbon 2 via Hone Creek.

Homes: The primary house was built in the 1970’s as a traditional “Tico” style home made of Laurel wood upon Cashaw posts 6-7 feet high. The two doors, 7 large wooden windows and top 4” portion of screen allows for a steady cross breeze. The kitchen is 10×18. The two of the three bedrooms are 7×10 and the third is 8×10. The front porch is 5×10. Three steps lead to a drop down deck measuring 16×18 built in 2018. It is flanked on either side by two raised 7×4 porches. The deck has two built-in benches of 6 feet and one at 9 feet. The basement area is fully fenced. It has four 6×10 sections and one 10×15 suitable for animals or locked storage. The basement area has a metal outdoor shower stall with a cement base and plumbing that flows underground to discharge. Water is gravity fed from a tank to the kitchen through 1” piping.

The 6-sided 18×24 community kitchen with gazebo on the second story was built in 2015. The entrance has double doors and windows on each side with a top screened section with security bars over it to allow for a steady cross breeze. At the entrance is a 12×12 roofed deck and a shower stall on a cement slab with a 250 gallon tank to capture rainwater. The gazebo on the upper level is 20×24 with two built in 8-foot benches. It has a huge cupola on the roof. It has nice views of the surrounding fruit and teak tree orchards. The walls, framing, floors, door and windows are made of laurel wood. The posts underneath are on poured cement footings and the two main support posts in the kitchen are cashaw wood.

Waterfalls & Natural Springs: A short path from the main house leads to a meandering brook with turtles, small fish, and crabs. There are 5 mountain water springs where water comes up out from the ground. There are three smaller brooks that are contributories that lead into the one larger brook. There is a swim hole about 4 feet in depth and several smaller waterfalls before it converges to spill over a gorgeous 40-foot waterfall. There is space designated for a small gazebo to view the waterfall. The waterfalls if dammed could be a large deep swim hole. The water sources are the highest and debatably the purest in this area. It has been tested by Bioclinic laboratories as potable. It is feasible and profitable to sell bottled water given it is not recommended to drink the tap water in Puerto Viejo.

From 2005 – 2022 each season with volunteers or local workers we planted several phases of fruit trees, garden produce and wood trees. Upon request I can send a detailed description and photos of the fruit and wood trees on the property. There are hundreds of indigenous medicinal rainforest plants, carbon and sea fossils along the streams.