WORKSHOP | How to Start a New Affordable Cohousing Project

This workshop will cover:

Register to Join on August 27th

Please give generously to help make it possible for low-income participants to join. You’ll receive a confirmation email with the zoom information.

Register to receive a recording that you can listen or watch anytime, even if you can’t attend the live session! 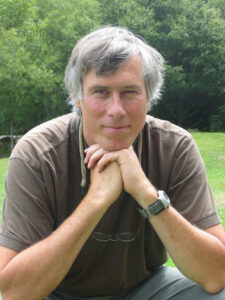 Charles Durrett, with Kathryn McCamant, introduced the concept of cohousing to the United States with the seminal book Cohousing: A Contemporary Approach to Housing Ourselves. The latest edition is Creating Cohousing, Building Sustainable Communities. He has written several other books on cohousing, including Senior Cohousing: A Community Approach to Independent Living—The Handbook.

Durrett and his team at Durrett Architects have designed more than 50 cohousing communities in the United States and around the world, including Muir Commons in Davis, California, the first cohousing community in North America. His work has been featured in Time Magazine, The New York Times, The Los Angeles Times, The San Francisco Chronicle, The Guardian, Architecture, The Wall Street Journal, The Economist, and many other publications.

Charles Durrett has received numerous awards, which include the World Habitat Award presented by the United Nations, the Silver Achievement Award for Active Adult Community by the National Association of Home Builders (NAHB) 50+ Housing Council, the Silver Energy Value Housing Award by NAHB, the Mixed Use/Mixed Income Development Award presented jointly by the American Institute of Architects and the United States Department of Housing and Urban Development and a recipient of the Global Over 50’s Housing/Healthcare award. He was also recently declared as a “visionary of the Sierras” by the Sierra Business Council.

Durrett regularly gives presentations on cohousing to interested citizen groups. He has spoken before the United States Congress twice, has been featured on the Commonwealth Club, and has lectured at scores of universities. He lives in Nevada City, California, where he primarily designs model communities and comfortable homes, including the 34-home cohousing community in which he lives. Learn more at http://www.cohousingco.com/

Watch the recordings of past workshops and events!