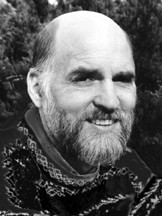 The Foundation for Intentional Community announces that nominations are now open―Jan 1 to April 1―for the 2018 Kozeny Communitarian Award.

The award honors the indomitable spirit of Geoph Kozeny, who devoted his adult life to creating community in the world. Geoph was integrally involved with the Fellowship from 1988 until his untimely death in 2007, yet his spirit lives on through this remembrance.

The Award is intended to celebrate the accomplishments of a person or organization in one or more of the following ways:

A. Networker: to a person or organization who did any of the following: an outstanding job of creating or strengthening relationships between two or more community-focused organizations; spearheaded joint projects among network organizations; has been noteworthy for a lifetime or bringing the inspiration and information of community living to the general population.

B. Media Relations: to a person or organization who has done an outstanding job of one or more of the following: accurately and fairly representing intentional communities to the press, especially in moments of tragedy or loss; generating media interest sufficient to get stories in print, profiling intentional communities and/or cooperative living; a lifetime achievement of writing and/or speaking passionately and ecumenically about community and cooperative living.

C. Good Neighbor: to a person or organization who has provided consistent and noteworthy assistance that was key to one or more communities dealing effectively with major challenges.

D. Community Builder: to a person or organization who has offered consistently high-quality assistance to fledgling intentional communities, measurably helping them succeed.

E. Creating Community in Place: to a person or organization who has helped existing neighborhoods, businesses, or nonprofit organizations develop a significantly greater sense of community and connection.

F. Cooperative Leadership: to a person who has modeled exemplary and inspirational leadership in a cooperative context. This may include the creation and development of a culture in which the leadership capacity of others flourished under this leader’s guidance; the demonstration of grace and the ability to hold the group together in times of crisis; the modeling of healthy ego management and the appropriate acceptance of responsibility when things didn’t work well; and foresight to prepare well for an orderly
transition to others when it was time to step down.

Nominees may not be current Fellowship of Intentional Community board members, paid staff, or volunteers serving on FIC committees. Anyone may submit nominations.

To be considered for the 2018 Award, nominations must be received no later than April 1, 2017.

For nomination guidelines and instructions, go to our Kozeny Communitarian Award page.

Filed Under: All Blog Posts, Newsletter

Join on May [email protected] EDT